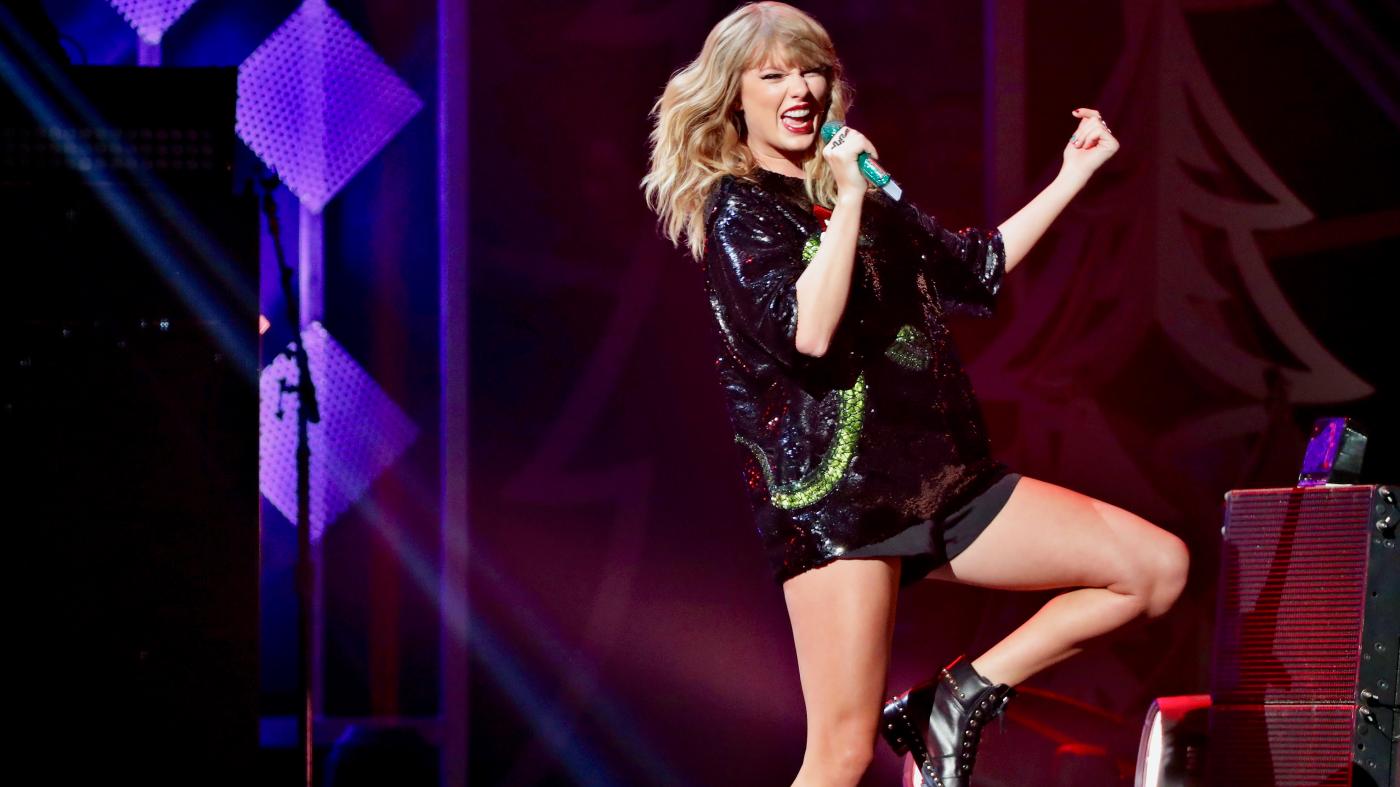 Usually, Taylor Swift begins a new album cycle with a blank slate. Instagram is cleared of any record of previous ‘eras’. Easter eggs are laid out for eager fans to hunt down. Previous iterations have included rainbow butterfly graffiti in Nashville, hundreds of Taylors clambering over each other to form a mountain, each dressed in a different memorable outfit (to be catalogued on Twitter or Tumblr later), and hidden messages in album liner notes.

Instead, Taylor began this album with a surprise, tweeting on the 23rd July that “tonight at midnight I’ll be releasing my 8th studio album, folklore; an entire brand new album of songs I’ve poured all of my whims, dreams, fears, and musings into”. In an accompanying statement, she said: “Before this year I probably would’ve overthought when to release this music at the ‘perfect’ time, but the times we’re living in keep reminding me that nothing is guaranteed. My gut is telling me that if you make something you love, you should just put it out into the world. That’s the side of uncertainty I can get on board with.”

Folklore is surprisingly sonically cohesive, built around the gentle cascade of a piano, an acoustic guitar and fractured synth and electronica, familiar to fans of The National or Oh Wonder. A sense of yearning and looking back on the past also comes through, echoing artists such as Sufjan Stevens. She revisits themes from previous albums, including threads from 2012’s Red – in fact, some have even claimed that Folklore is a ‘cottagecore’ album in this vein. It’s certainly a quick departure from the bubbly (some would say saccharine) electropop of ‘You Need to Calm Down’. But Swift still has the same power. ‘Cardigan’, ‘The 1’, ‘My Tears Ricochet’ and ‘Mad Woman’ are standout tracks.

A few of the album’s metaphors – specifically in ‘Mirrorball’ – are a little dusty and tired, including references to glistening shards (Crazy Ex-Girlfriend’s ‘You Stupid Bitch’ sprang to mind – certainly not the intended effect). ‘Mirrorball’ reflects a remaining concern with her public image, asserting that “I can change everything about me to fit in”. But this is a state she’s moving away from, singing “I was so ahead of the curve, the curve became a sphere / Fell behind all my classmates and I ended up here” on ‘This is Me Trying’. If her “classmates” are her pop peers, she’s taken herself out of the race with this album, deliberately pulling herself out of the chart-driven rat race in an attempt to transcend her 1989 smash hits and aspire towards something greater with a singular vision.

NME dubbed ‘The Last Great American Dynasty’, a biography of 20th-century socialite and art patron Rebekah Harkness, who previously owned Swift’s Rhode Island property, a “contender for the best Taylor Swift song ever written”. Billboard bestowed the same compliment on ‘Invisible String’, calling it “a sensational love story centred on the happy accidents that will get you choked up if you let them”. These accolades highlight Swift’s songwriting prowess. Her intense lyrical specificity – “you wear the same jewels that I gave you / As you bury me” (‘My Tears Ricochet’) or “Someone’s daughter, someone’s mother / Holds your hand through plastic now” (‘Epiphany’) – cultivates intimacy. Swift uses her razor-sharp wit to create exquisite couplets which slice through your heartstrings.

However, Folklore is also Swift’s least autobiographical album. Having previously likened her albums to “reading my diary”, instead, Folklore is, in Swift’s own words, “like a photo album full of imagery, and all the stories behind that imagery”. Whether it’s the love triangle of ‘Cardigan’, ‘August’ and ‘Betty’, the nuance and shame of ‘Illicit Affairs’ (hopefully not suggesting Swift has been breaking lockdown rules), or the depiction of war in ‘Epiphany’ (“keep your helmet, keep your life, son”), it’s certainly a change – one which suggests Swift’s growing maturity. Whether her fans will be able to separate art from the artist is yet to be seen. Fans have already been panicking that ‘Hoax’, the album’s final track, suggests Swift has gone through a recent breakup. If she’s pouring her heart into music to express grief, or if this is simply a hoax in itself, is unclear.

Despite this, Swift does carry autobiographical elements through into Folklore, recognising the impact of her celebrity on her relationships, asking “would it be enough if I could never give you peace?” On ‘Invisible String’, she croons, “isn’t it just so pretty to think / All along there was some / Invisible string / Tying you to me?”, referencing the final line of The Sun Also Rises and the ancient Chinese concept of the red string of fate. Swift’s references are highbrow and varied, but also deliciously funny. Singing “bad was the blood of the song in the cab on your first trip to LA”, she gives a dramatic flourish towards her 2014 hit ‘Bad Blood’. Yet while ‘Bad Blood’ was a smash hit, Folklore is certainly Swift’s least radio-friendly work.

Folklore is certainly an album for sitting with uncomfortable feelings after months of self-reflection, and somehow still finding peace. Full of infatuation, quiet power and nostalgia, this is perhaps Swift’s bravest and most poetic album yet.