Where have all the soggy bottoms and Star Bakers gone? Having already affected filming for beloved shows such as Derry Girls, Love Island and RuPaul’s Drag Race, the pandemic is also set to disrupt that decade-old British institution – The Great British Bake Off – which would normally return to our screens this month.

Yet in some ways, Bake Off feels more relevant than ever before. With record numbers of us channelling our inner Mary Berry and making banana bread during lockdown, perhaps we could all do with a collective cry over a collapsed gingerbread house right now. As we wait for this desert of desserts to be filled, it might be an appropriate time to indulge in a bit of GBBO nostalgia, though, to be honest, any excuse would do. On a side note, Bake Off has given me two tangential claims to fame: Paul Hollywood actually judged a bake off at my old school (apparently he’s a sucker for coffee and walnut cake…) and Nadiya went to the school that my mum used to teach at.

So why is the nation so obsessed with this show, which has always presented us with a sugar-coated version of reality? Escapism is at least part of its success story as we watch the bakers whip up stunning showstoppers in the pristine white tent and idyllic surroundings of Welbury Park. Ultimately though, the contestants are real people with real lives as nurses, HGV drivers and prison governors but also as parents, grandparents, spouses and partners outside of the tent. Moreover, Bake Off is one of the few shows to present a compassionate side to reality TV with its heartening moments of camaraderie, such as when the contestants of last year’s series all pitched in to help Priya and Jamie who were struggling to finish their Signature Biscuit creations on time.

As with any popular TV series which risks ending up with a tired format (*coughs*, The Apprentice), the producers of Bake Off have repeatedly tried to rejuvenate it, though with varying degrees of effectiveness. The increasingly random themes for each episode have, for instance, led to some bemusement among fans on Twitter – Botanical Week, anyone?

For all the excitement of ‘Custard-gate’ and ‘Bin-gate’, Bake Off has experienced just as much drama off-screen, which surely accounts for its continued appeal. Mel and Sue famously refused to ‘follow the dough’, along with Mary Berry, when the show moved to Channel 4. Whilst I didn’t feel the need to boycott the programme as some diehard fans did, I’ve often found the new ‘Sandi-in-a-sack’ gag just a bit weird and I have missed the myriad of tones with which Mel and Sue would announce those inimitable words: ‘on your marks, get set, bake!’. However, the sister show ‘An Extra Slice’ on both BBC 2 and Channel 4 has been a hilarious, rather than gimmicky, addition to the franchise, revealing the somewhat mixed results of the Bake Off effect when viewers attempt to recreate those tricky technicals at home.

Thankfully, our sugar craving for the show might be filled before too long, with rumours that Bake Off will be back on by the end of the year. I, for one, can’t wait for the return of that unique mixture of the absurd and the sublime rolled into every episode, alongside a sprinkling of baking innuendos and shots of well-endowed squirrels, of course. For now though, I’ll have to make do with drawing on the memes of James Acaster’s cake-induced existential crisis as a guide to my post-Finals life… 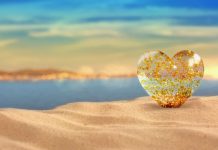 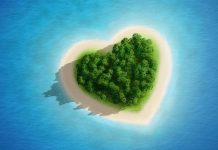 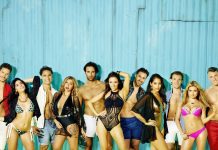 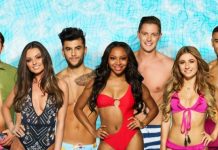 Should we cancel reality TV?