CherwellIndependent since 1920.
Culture Theatre A Fresher’s Guide to Oxford Drama 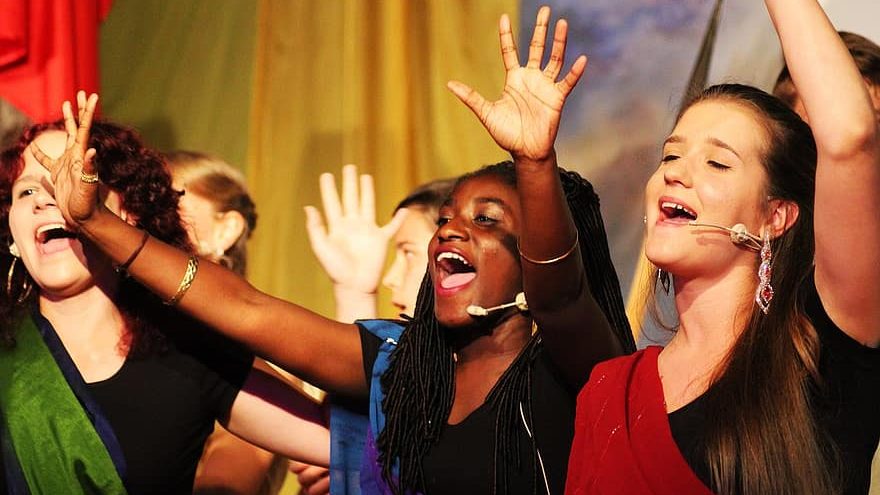 The theatre scene in Oxford is, upon first glance, daunting to say the least. As a Fresher, it feels like you’re on the outside looking in at a tight knit group of friends, who all seem to effortlessly understand the ins and outs of it all. You’ll see the same faces in production after production and start to fear that you have no chance of getting involved. This is simply untrue. While there is an established thespian community at Oxford, it is by no means exclusive, and operates with a real ‘fake it til you make it’ mentality. Everyone I have spoken to about drama here has said they feel the same – everyone feels on the outside, until they don’t anymore.

Sitting outside an audition room trying not to, but inevitably, eavesdropping on the auditionee before you is a nerve wracking experience. For some reason unknown to me, other student’s auditions always seem perfect when you’re hearing them from the other side of the door. “Oh my goodness, she’s amazing, I have no chance”, “I can barely hold a tune and he has perfect pitch”, and “did she just say she’s already been in three shows this term?!” are thoughts that have crossed my mind many a time, and will probably cross yours too. Imposter syndrome is a prevailing issue at Oxford in general, and in the theatre community it’s just as dominant; everyone seems more qualified.

Something you must keep in mind is that, while of course talent is one decision-making factor in auditions, some of the others are rather arbitrary. I only truly realised this when I was on the other side of the process, and was auditioning people for a piece I was directing. I’d just watched ten absolutely brilliant auditions, and I found myself having to resort to the tiniest deciding factors, like going for someone who was slightly shorter or slightly younger-looking, because it better suited the role. It dawned on me then that not getting a part doesn’t mean you’re not a good actor. The competition here is stiff, and there are so many talented people, but, as I was told by a second year, “if you just keep auditioning, you will get a part sooner or later”. I took this advice and went to audition after audition in Michaelmas to no avail – but just when it was starting to really get me down, I was offered three roles on the same day. And that, I would say, is my biggest piece of advice – (almost) in the words of Finding Nemo’s Dory, just keep auditioning just keep auditioning!

Now for the practicalities: the OUDS (Oxford University Dramatic Society) website is where you’ll find audition sign-ups for all of the shows in Oxford. There are different scales of shows – from garden plays and college productions to the Pilch and BT (which are relatively small spaces) to the Keble O’Reilly or, every Oxford actor’s dream, the Playhouse. I’d recommend checking the site regularly to find new shows you may want to get involved in (and snap up a good audition slot so you’re not left with a 9am!). It’s helpful to have a Shakespearean and a modern monologue memorised to use for every audition – there’s nothing worse than frantically cramming lines just before you walk in. If you want to be extra prepared, have two modern monologues, a serious one and a comedic one; this should cover you for pretty much all auditions. Some auditions don’t even require memorisation, but it certainly helps. With the Shakespeare, it’s important to try to avoid the clichés; the director’s will have heard “out damned spot!” and “all the world’s a stage” a million times – set yourself apart! Beyond that, try to turn up to auditions early. There’s nothing worse than awkwardly rushing in late, having got lost in the depths of Worcester trying to find the audition room right at the back.

Something important to realise before you start auditioning for shows is that being in a production is a huge time commitment. For the few weeks surrounding a show you’re part of, expect to effectively halt most of your other extra-curricular commitments, and also sacrifice quite a few nights out. These weeks usually consist of long hours of rehearsals, squeezing in work, and, most importantly, sleep. By no means do I WANT to put you off auditioning for shows –  just be aware of the workload you’re signing up for.

But despite the early mornings and late nights, the nerve-wracking auditions and the relentless rejections, being in a show at Oxford is truly wonderful. There is nothing quite like feeling the warmth of the spotlight on your face, and the adrenaline rush of a great performance. Also, if anything, the mere experience of auditioning teaches you so much – getting used to rejection is an important skill (one which will definitely put you in good stead for tutorials!). The friends you’ll make in a production are unlike any other, and regardless of past experience I really urge you to give it a go. Drama has been a huge part of my first year here, and I couldn’t recommend getting involved more.