COVID-19 and Sexual Harassment: The Hidden Dangers of the New Normal

Eleanor Redpath considers how the conditions created by lockdown and subsequent social isolation have led to more women experiencing an unpleasant rise in cat-calling in recent months. 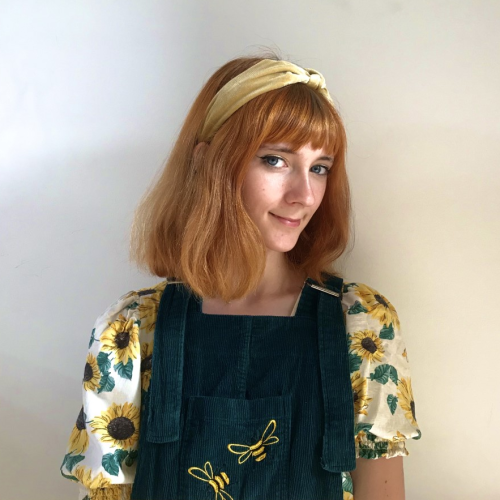 Catcalling, sexual comments, and even public groping are frighteningly regular occurrences when you’re a woman outside. So, I didn’t think much of the unwanted sexual attention I was receiving on my one government-approved walk per day, even blaming it on my re-dyed hair and new shorts until my feminist credentials took over. But then it started happening practically every time I left the house and culminated in an incident of indecent exposure, which I’d never experienced before. After about thirty seconds of research and a few tweets venting about what had been happening to me, I found that I was not alone. According to Plan International UK, one in five women in Britain have experienced street harassment since lockdown started, and over a quarter of women feel more unsafe outside than they did before. For women, COVID has made the outside world increasingly hostile in more ways than one.

Many women have reported feeling far less safe stepping outside since lockdown and social distancing measures were imposed in the UK. A woman who contacted me after relating to my rants on Twitter had previously only experienced catcalling once every three months or so, but over lockdown this increased to three times in the space of two weeks. She found that several men would stare at her in an unpleasant and threatening way or verbally harass her, and on one occasion, a man exposed himself and masturbated in her direction, only stopping when he noticed others were walking down the road towards them. All this, she says, has been incredibly jarring for her.

One of my friends was recently waiting at a train station when a man deliberately came within 2 meters of her in order to verbally harass her – clearly violating boundaries and risking her health. She finds it frustrating that even during a pandemic, some men are prepared to put their own health and that of others in jeopardy when making unwanted and inappropriate advances. Another of my Twitter followers is 17 and has had similar experiences, being cat-called as often as three times in one week. Upon speaking to male friends about the issue, she thinks the rise in street harassment might be linked to the widespread social isolation lockdown has caused. The lack of other interpersonal connection, she believes, might be leading more men to approach and sexually harass women to prompt a reaction from them. She also thinks that face masks play a significant role. If most of your face is obscured, it’s probably easier to sexually harass women with the added confidence of relative anonymity.

While this trend might initially appear perplexing, the conditions created by lockdown make it far easier for men to sexually harass women without being noticed by others or held accountable for their behaviour. The rise could be attributed to the fact that at the height of lockdown, most people were only outside when taking their daily exercise alone, and it’s far more likely that a man will target a woman walking on her own than with a group. Moreover, many chose to take their exercise later in the day, to avoid encountering too many others at close distance, and it’s again far more likely for a man to go after a woman alone after dark than earlier in the day. Public spaces are now far emptier than they were before, so there are far fewer witnesses around to deter a man from harassing a woman than there would have been pre-pandemic, and there are fewer shops, cafés, or other public inside spaces for women to go to for safety if someone is following or harassing them. Statistically, women are also more likely to be in key worker roles, so spend more time in public-facing positions than men do.

But whatever the explanation behind the rise in street harassment, it’s an extremely disturbing trend, and yet another way in which women are disproportionately affected by lockdown measures. Experiencing unwanted sexual attention can be deeply upsetting or traumatising, yet because sexual harassment and violence services are now all operating remotely, lots of women are deterred from getting the support they may need after being harassed. Street harassment is also more likely to affect women of colour, who are more likely to be at higher risk of complications from the virus, and transgender women, whose rights have recently been endangered by the postponement of the reform of the Gender Recognition Act.

Furthermore, women are already far more likely to be tasked with childcare and home education even if they are working the same hours as their husbands are, and their careers are more likely to be adversely affected by months spent working from home or on furlough. Even more worryingly, domestic violence has risen by approximately 20% since the start of lockdown. This pandemic is changing all of our lives, perhaps irrevocably, but may prove to be a huge setback for women’s rights to equal pay, safety, and refuge from danger. Life for women, both inside and outside the home, has become more difficult at best, and highly dangerous at worst.