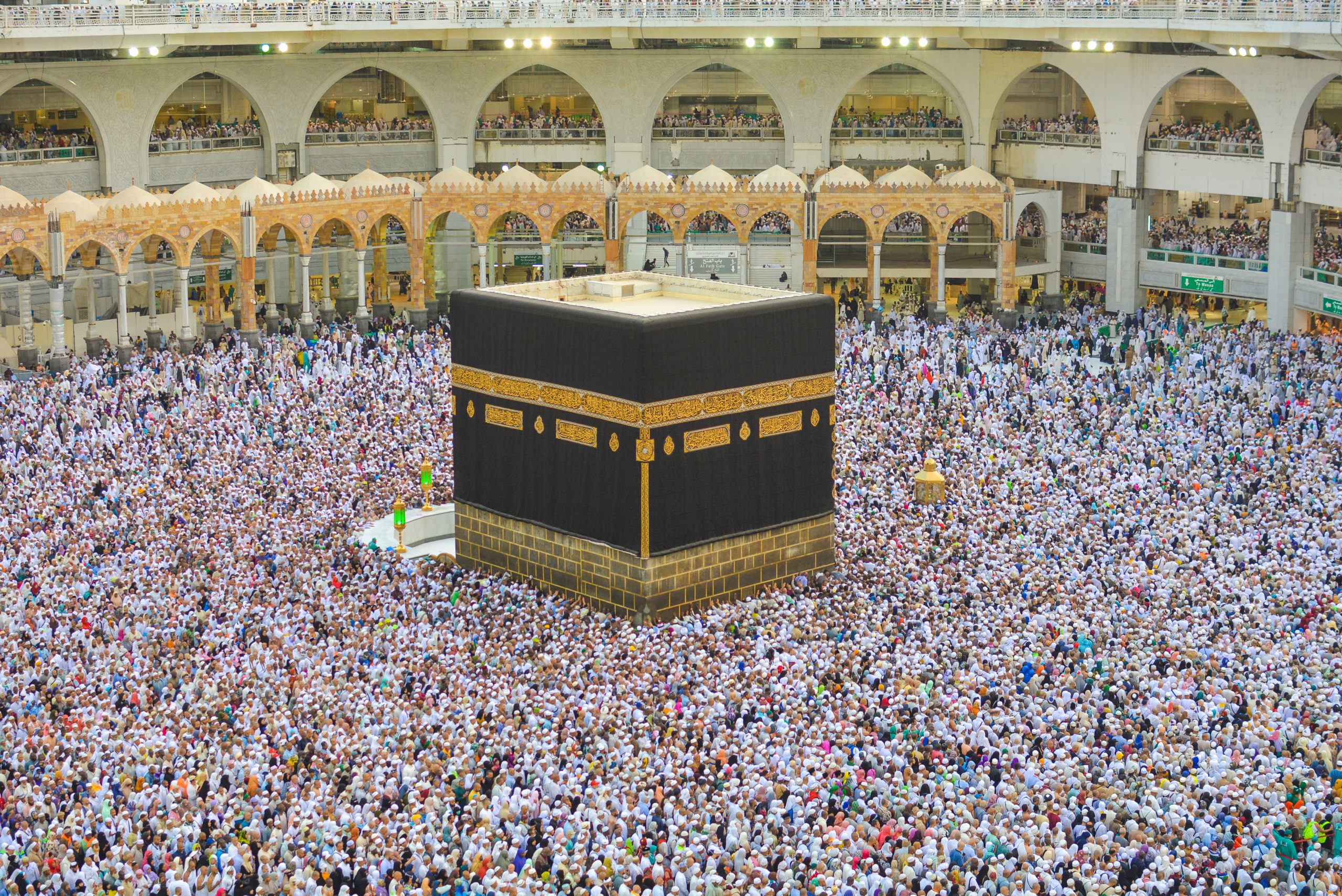 Encircling the Holy Ka’aba, the House of God, seven times whilst reciting prayers is one of the rituals of the annual Hajj pilgrimage in Mecca. Pilgrims form never-ending orbits of devotion, each at their own pace; yet it is always counter-clockwise, halted only for the five compulsory daily prayers. As one of the five pillars of Islam, it is a religious obligation for all financially and physically capable Muslims to undertake the Hajj at least once in their lifetime. The Hajj pilgrimage has never been cancelled since the foundation of Saudi Arabia but amidst the Covid-19 pandemic, the Kingdom announced that it will hold a ‘very limited’ Hajj. Restricted to a quota of only 1,000 pilgrims who are residents of the Kingdom, the Hajj was shut off to the rest of the world.

The Hajj is a spiritual and sacred journey where Muslims from all around the world seek to show their dedication to God by undertaking the pilgrimage to Mecca, Islam’s holiest site. “Hajj” stems from the Arabic word which aptly means “to set out with a definite purpose”. The rituals of the Hajj were first laid down by the Prophet Muhammad, but based on the Qur’an, they can be traced back to the actions of the Prophet Abraham. The pilgrimage entails a re-enactment of events in the lives of the Abraham, Hajar and Ishmael. Muslims see Islam as the legacy of Abraham, who during biblical times is said to have rebuilt the Ka’aba, the silk-clad black stone structure at the centre of Mecca’s Masjid al-Haram symbolising the oneness of God.

Various types of Hajj can be performed in different circumstances, but some key rituals are as follows: the pilgrimage begins with the tawaf – the seven orbits around the Ka’aba – believed by Muslims to be an imitation of angels circling in Heaven. It is then followed by a run back and forth seven times between two small hills in Mecca, re-enacting the story of Hajar’s search for water for Ishmael. Afterwards, pilgrims spend a day at Mina in devotion, another at Arafah where the Prophet Muhammad gave his last sermon, then move to Mudzdalifah to spend a night there. On the tenth day of Hajj, they return to Mina to throw seven stones at the pillars called Jamarat, a symbolic act of stoning the devil, re-enacting Abraham’s actions when Satan tried to dissuade him from obeying God’s command to sacrifice his son Ishmael. Pilgrims must then perform an animal sacrifice which signifies surrender to God, a custom also carried out by Muslims around the world who celebrate Eid Al-Adha on that day.

With the onset of the Covid-19 pandemic, religions around the world have had to adapt to the new normal by modifying rituals in order to curb the spread of the virus. Socially distanced gatherings or a move to online worship and sermons have become common. Congregational prayer plays an important role in Islam as Muslims believe it to be more rewarding than individual prayers due to its ability to foster ties of communal kinship. For Muslim men, congregational prayers on Friday are obligatory. But with the pandemic raging, religious scholars have made the difficult decision to shut down mosques. Now, as restrictions have eased in many countries like my home Malaysia, Muslims are now allowed to return to socially-distanced prayers and strict procedures.

As the Hajj can only be done during a specific period of the Islamic lunar calendar, millions are usually expected to arrive in Mecca each year, crowding the various religious sites. However, Saudi Arabia announced in June that it will impose restrictions on the Hajj due to the coronavirus. The implementation of strict health protocols, such as mandatory face masks and social distancing as well as frequent disinfection of the Masjid al-Haram, were necessary to curb the spread of the virus.

Though socially-distanced congregational prayers were permitted during the Hajj, it remains an unusual sight for the Muslim who is used to intimacy of the conventional prayers, which adds to a feeling of communal unity in reverence for God. The iconic image of the Ka’aba surrounded by a mass of pilgrims stands in stark contrast to the small groups of 50 filling up the vast space of Mecca’s iconic mosque, each spaced apart and eyed closely by healthcare workers.

The restricted Hajj has led to the devastation of many Muslims globally, as the chance to embark on the pilgrimage is hard to come by. Many only get the opportunity to perform it when they are middle-aged and financially stable, after long waiting lists and many years of preparation. My parents were due to perform it this year, but Malaysia had already pulled out of the Hajj due to coronavirus concerns before the official Saudi announcement. Malaysia manages the Hajj demand through the ‘Muassasah’ quota system run by the state Hajj agency, and pilgrims can wait up to 20 years in a queue. It was no doubt disappointing for my parents as they had undergone months of Hajj courses, medical screenings and other preparations for the trip, yet there was a hint of relief that the pilgrimage was cancelled amidst the health and safety hazards towards the greater Muslim community.

Saudi Arabia’s decision to still hold the Hajj during the pandemic is not only religious, but also political. Hosting the Hajj has bolstered the prestige of the Saudi regime – the custodian of the holy sites of Mecca and Medina since its formation in 1932 – while generating billions of dollars of revenue. Today, Saudi Arabia’s claim over the sites is contestable, and some believe that the management of the Hajj should be an international effort, led by the Organisation of Islamic Cooperation (OIC). As such, Saudi Arabia’s decision to limit the pilgrimage to nationals of the Kingdom has led to criticism, with calls for Muslim nations to have a say in decisions regarding the Hajj as the religious sites are sacred to all regardless of nationality.

Nonetheless, the restrictions were understandable to reduce the number of imported Covid-19 cases into the country. Many pilgrims who attend the Hajj are elderly, a demographic much more vulnerable to the coronavirus. It is a difficult decision to prioritise health and safety over religion, especially considering sites and customs so integral to the Muslim faith.

As the Hajj itself is meant to be a sacrificial journey for Muslims in remembrance of God, the determination to adapt the pilgrimage to the unprecedented times the world has found itself in highlights the steadfastness of the Muslim community. The powerful images of the socially-distanced pilgrims performing the journey of their lifetime during the pandemic send an important message to the rest of the world: that of faith overcoming crisis. As the Prophet Muhammad once said: “And the reward for an accepted Hajj is none other than paradise.” (Bukhari and Muslim)