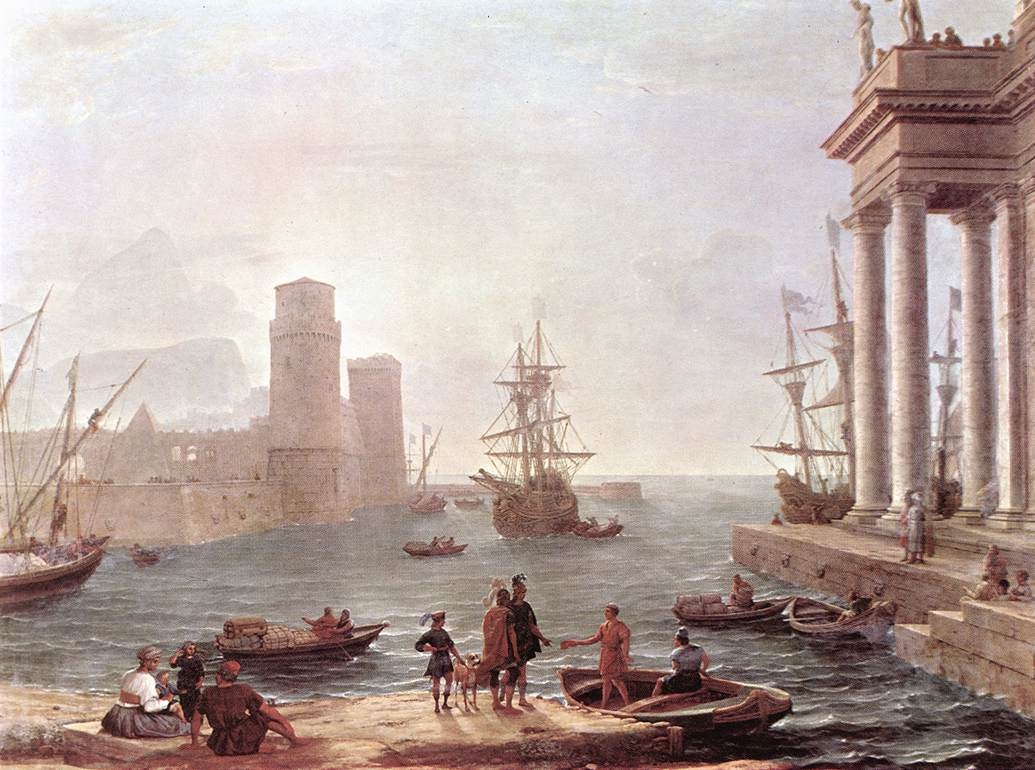 Homer’s Odyssey opens with an evocation to the Muse, with varying translators rendering this opening line as “Tell me, Muse” (Lattimore, 1965) or “Sing to me of the man, Muse” (Fagles, 1996).  My favourite of the (relatively) modern translations into English, however, is that done by Fitzgerald in 1961, in which he translates the line as “Sing in me, Muse, and through me tell the story”.  Fitzgerald’s translation here captures beautifully the idea of the poet as a human vessel for the divine voice of poetry, depicting the story as not one sung or told to the narrator by the Muse, but created in collaboration with the Muse, a symbiotic relationship forged in creativity.

Yet, this translation also captures many of the problems I’ve had with my own creative process.  With these opening lines in mind, I expect the words I write to come to me in a frenzy of godlike inspiration, the way I would imagine myself as a writer when I was a child, hunched over a desk, prose ceaselessly streaming out of the pen onto the smooth surface of the first page of a new notebook with ease.

But the creative process is never an easy one.  The blank page, once in my mind a symbol of opportunity, is now an object of fear for me.  It’s something that, in its emptiness, indicates a failure on my part, showing my lack of creativity and productivity, in all its papery nothingness.  Word counts become a frustration, glaring up at me from the bottom left corner of my laptop screen whilst a little voice in the back of my head tells me that whatever I am writing will be rubbish anyway.

As an emotional writer of poetry, I’ll only ever put pen to paper in fits of extreme feeling, using it as an outlet when I feel that I cannot turn to anyone.  It seems to be the closest I’ll get to the divine inspiration, with the Muse replaced by anger or loneliness.  But these emotional bursts of creativity never last long.

I expect the words I write to come to me in a frenzy of godlike inspiration, prose ceaselessly streaming out of the pen onto the smooth surface of the first page of a new notebook with ease. But it’s never that easy

Instead, in the midst of writer’s block, whether I’m writing an essay or poetry or an article like this one, I have to force out words.  Wring them from the heavy mass of a resistant mind.  During lockdown, when I was writing to try and occupy the reams of time I had in isolation, a friend sent me an article about writing, and how there never is an “ideal” condition in which to write.  Jacquelynn Lyon in this 2019 article captures perfectly the problem I find with the idea of a Muse – that writing is “not something special, it’s just something I always do.”  Lyon posits that writing (or creating art in any form) can never be done under “ideal” conditions and that instead, one should “treat it like a neutral job you show up to.”  This point is interesting in the transactional quality to creating art that it suggests.

If art becomes a “job” like any other, is the freedom of art as an outlet lost?  How can we reconcile our creativity (which by nature can be unquantifiable) with a culture which prioritises intense productivity and quantifiable results achieved under intense pressure?  How do we treat art once it becomes a commodity, something to be bought and sold, something that has to be made to pay rent?

I believe that the creation of anything is intrinsically beautiful, whether it’s a poem written on a scrap of paper or the next Odyssey.

In my mind, the constant pressure of productivity can manifest in multiple ways.  Sometimes, I am motivated by deadlines (you’ll often find me in the library speed typing an essay at 1 am, convinced that I am writing the next seminal work of English literature criticism), other times, the constant pressure to juggle productivity in every different facet of my life (balancing academic productivity with having something to show for my free time as well) has led to intense burnout.  The pressure to create art also seems to manifest itself like this.  I’m currently editing some poetry, and in doing so have had to create “art” (I’m hesitant to give my writing so grand a title) under a deadline.

It’s something I rarely do, allotting time in my day in which I must sit down to write and not leaving it up to whatever emotional state I may be veering in and out of.  It has taught me that I can, if I try hard enough, write something however uninspired I am feeling.  And I think that’s the most important thing, for me, in the creation of art; that you are able to create something from nothing, whether or not it is “good” in your mind or not.  I believe that the creation of anything is intrinsically beautiful, whether it’s a poem written on a scrap of paper or the next Odyssey.

Creating, then, is a complicated thing.  It never comes as easily as you want it to, nor are you able to (for the most part) appreciate anything you’ve made, becoming too caught up in self-doubt.  I’d argue that sometimes, as Lyon suggests, treating art in a “neutral” manner, and removing it from the concepts of productivity or value which dominate the rest of the world, can be a valuable experiment in real creative expression.