CherwellIndependent since 1920.
Culture Lighting: the art of manipulating the audience 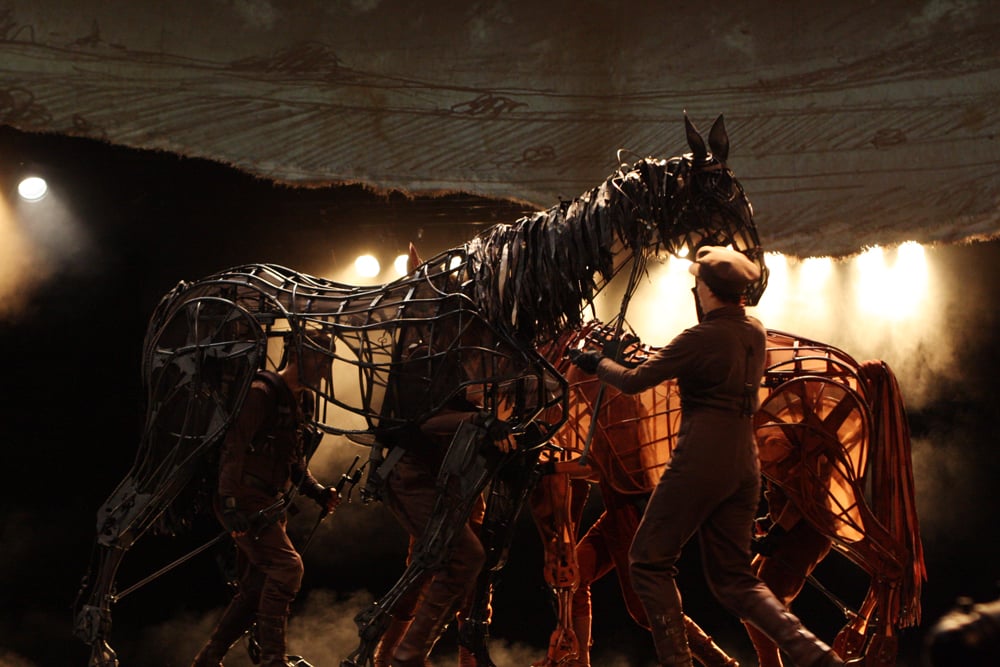 Light is a subversive medium. Unless reflected off something, it is invisible – its only job is to tone how something is presented to an audience. If you think you are immune to manipulation by light then I invite you to partake in a little thought experiment: imagine a summer evening with a warm golden sun. Now imagine an overcast Monday in February with a grey cloudy sky. The change of emotions is immediate. It is an old trick that has been used, far more elegantly than me, by writers for millennia but one that is incredibly powerful.

Changing the feel of the light has a massive impact on how an audience sees a piece of drama; imagine if the murder scene from The Scottish Play was undertaken in bright Mediterranean sun or if the title song of Chitty Chitty Bang Bang was performed under moody grey lighting. It is something most audiences have probably never considered, not because it is unimportant but because most people don’t have an intellectual response to light. The effect of light is upon the unconscious, unacknowledged unless you are thinking about it, but it influences you all the same.

One of the most used methods is colour temperature or how warm or cool a light source is. Warm, yellow-orange light is comforting and homely, these colours are associated with candles or being around a campfire. It is often used to draw people into high-end shops or to create a comforting ambiance on stage. Cool light, which mimics the harsh midday sun is bluer, can be used to trick an audience’s subconscious into thinking that action is happening outside when in fact everything is taking place in a theatre. It can also make people feel uncomfortable: fast food restaurants use cool lighting to reduce the average length of stay. By making people feel slightly on edge, they won’t sit and chat. This increases restaurant capacity and profitability. It is significantly cheaper and subtler than hiring someone to kick punters out after they have finished their food but achieves the same effect and, crucially, the customer is none the wiser.

As well as colour temperature, another incredibly useful lighting trick is relative brightness. Human vision is easily diverted to bright things. In theatre, unlike movies or TV, the director has no natural control over where the audience looks. They can’t cut to a close-up showing the action and so light is used to direct attention. In crowd scenes where multiple people speak in quick succession, it isn’t uncommon to boost the brightness of an actor just before they speak so an audience is already looking at them when they start their line.

This effect isn’t just useful to the arts. Have you ever wondered why in most night clubs the spirits are illuminated? Shots tend to be around 20% more profitable than bottled beer and so by lighting them up bars can nudge patrons to their most profitable items. It is one of the best value ways to boost sales. Incheon Airport has found it can reduce the number of signs needed and the time customers take to find their bearings by using horizontal directional lighting and light corridors that subtly guide passengers where to go. Pathways through the airport could even be changed by altering the brightness of different areas.

Light can also alter how people are perceived. Most people are vaguely aware of how soft omnidirectional light can flatten wrinkles turning back the clock. However, the lighting designers’ ability to change how we view a character goes far deeper. The size of a theatre designers’ canvas is large: it’s the whole stage. The emotion of the lighting must be felt from the gods and so effects can be large and dramatic. Film designers may only have the face to focus on and so effects tend to be contained and far more subtle.

Some studios use a light called an inky dinky that is placed in an actor’s eyeline in order to produce a circular reflection. This makes the eye pop out and the character seem more sympathetic; baddies are differentiated by replacing the circular light with a slit of light. This makes their eye look more reptilian and puts the audience on edge subconsciously. The type of lighting can also influence how dramatic an actor’s performance is perceived. Some actors have vetoes in their contract enabling them to adjust the lighting as they see fit; Maggie Smith has been known to stop tech rehearsals if she believes the light on her face is too flat and won’t convey emotion as well to the audience.

Another little talked about feature of light is colour rendering, some light sources like fluorescent tubes (used in some form for the majority of Oxford buildings) are missing certain frequencies of light. This makes them cheaper to produce and to some extent more energy efficient but they are missing whole colours, comparing their light with full- spectrum sources (that have every perceivable colour) the world feels slightly bleak and washed out. Theatre mostly uses ‘antiquated’ tungsten lamps that have a perfect colour rendering index, though you can use coloured film to reduce the colour rendering of a light.

Crossfading from a low colour rendering source to a high colour rendering source can produce a beautiful transformation scene in theatre but its effect in ordinary life is much more surprising. The University of Nevada found that students learned 20% more in classrooms lit with high colour rendering lights. Of course, things like this are difficult to prove outright, and it doesn’t help that the idea of quantifying the effect of light on human performance and mood is relatively new and so things like the emotional impact of light are seldom taken into account by commercial lighting designers.

Ironically, the study of light has always been in the shadows despite how much light impacts our day-to-day life. Perhaps it is because the eye is drawn to what is illuminated rather than the illumination itself. Either way, it has never really bothered lighting professionals. Their motivation isn’t for themselves to be in art but comes from the art that they can create and the effect of that art on an audience.