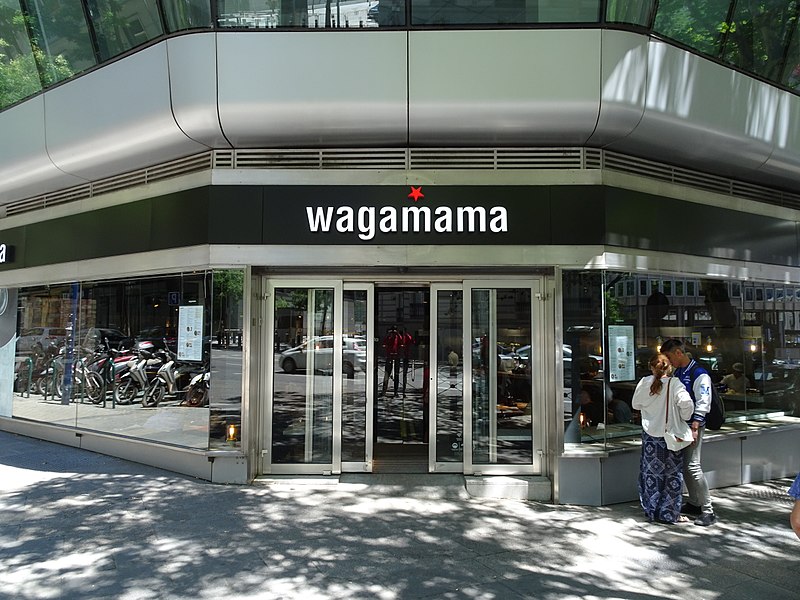 When I was in sixth form, I auditioned to represent my college at a public speaking competition. As I awkwardly stepped in front of the audience of nonplussed students and teachers, I began my spiel: ‘I am the human equivalent of a Greggs Katsu Curry bake’. The audience continued to look nonplussed.

What I had been attempting to do was to convey my feelings about being caught between two different identities: my Japanese heritage on the one hand and my Northern English upbringing on the other. The katsu curry bake is sadly no longer available – probably because it had been marketed as a ‘healthier’ pasty – but my awkward attempts to reconcile my dual heritage remain.

For those who are unaware, Japanese curry is a common family dish with chains across the land serving up plates of meat (typically chicken, beef or pork) and vegetables in a brown stew and served with a generous mound of steamed rice. Think of it as the Japanese equivalent spaghetti Bolognese in terms of ubiquity.

Its origins are, as you might have suspected, rooted in colonialism from the Indian subcontinent via British sailors. By the late 19th century, it had begun to take root in a form that had been distinctly transformed from anything which resembled anything Southern Asian and thus, from this perspective, it is funny to see the dish once again be adapted for the British palette.

The katsu curry one can find in Wagamama is not really much like the kare raisu (curry rice) I loved when I lived in Japan, but rather an Anglicised concoction which has more in common with the curry sauce available in a fish and chip shop. Despite the inauthenticity, I appreciate it (arguably perhaps a little too much if you’re looking at my bank balance). Yet it isn’t quite the Katsu on which my Japanese mother raised me, but rather the one I enjoy in public, with my western friends. However, in lieu of having some sort of identity crisis whenever I go to Wagamama, I have decided to appreciate this suspicious sauce for what it is: a delicious intersection of my multiple heritages.

If you want to make authentic Japanese curry, pick up some roux blocks from an Oriental supermarket (Golden Curry is a popular brand) and melt them into a stew of some meat and vegetables, then serve over rice or udon noodles; the ease of preparation is probably one of the reasons why is it pretty much the most popular dish in the country. As a vegetarian student who tries to make the most out of limited means, I have taken to substituting the deep-fried meat cutlet for Quorn nuggets (I am a classy lady) whenever I am craving my ultimate childhood comfort dish after a day at the library.

There are numerous curry recipes available online for those looking to create the sauce from scratch, but nobody in Japan making the dish at home would bother with the effort; even if one was so inclined it would almost certainly not be much match for the pre-made stuff (as I have found from my own disappointing experimentation). Done right, it is a big bowlful of that ever-mysterious adjective of ‘umami’ – dark and rich, harnessing the perfect mix of salty and sweet with honey and apple being common ingredients in the sauce mix. Unlike traditional South Asian curries, the spice is rather tame so don’t be afraid to give it a try!