CherwellIndependent since 1920.
Culture Books Debating the Preservation of Cultural Infrastructures: the Example of Tolkien’s Property 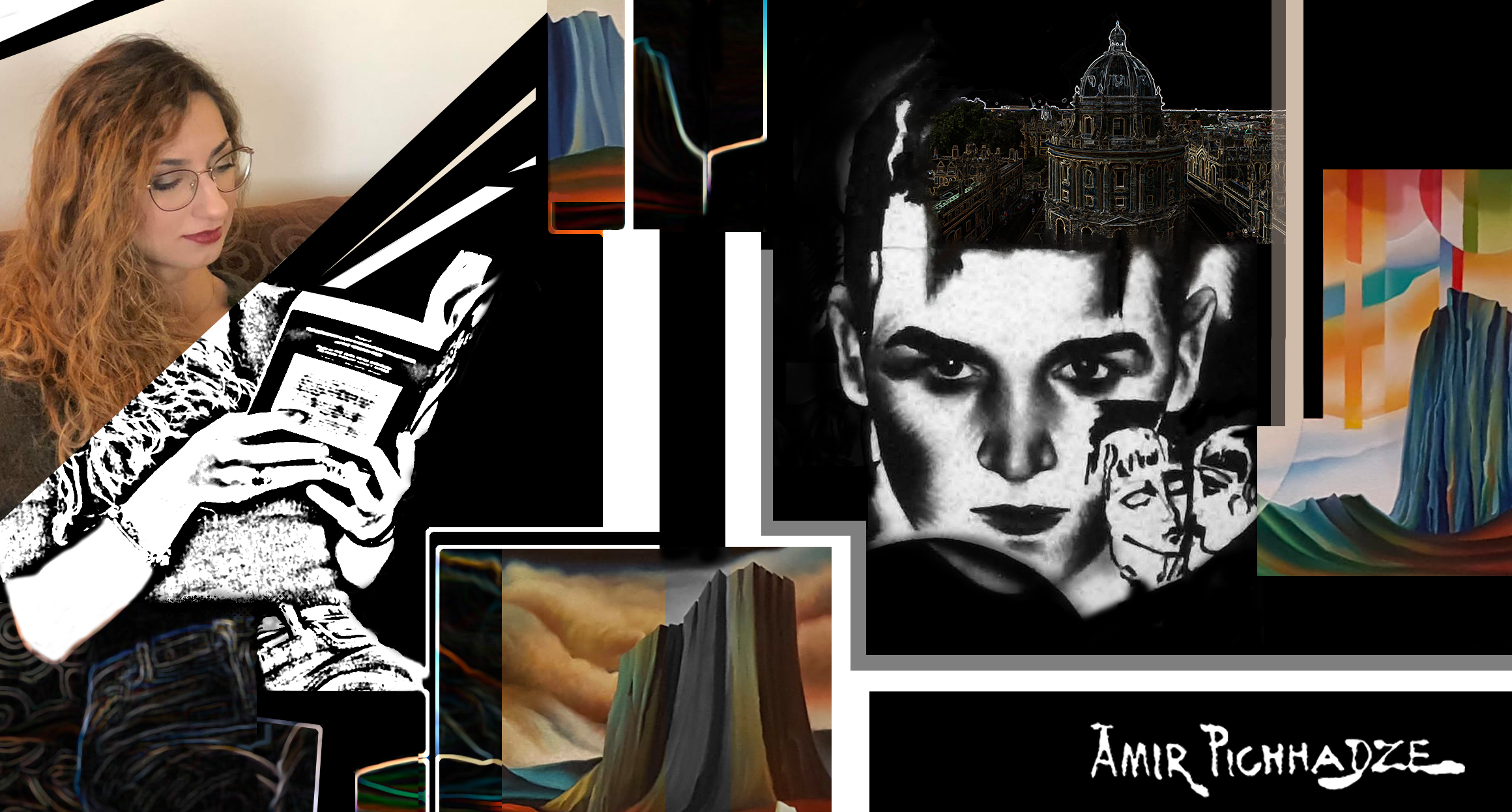 Fans of J.R. Tolkien have been troubled by the prospects of having Tolkien’s home sold to private buyers. Should it go on the market or become a preserved space?

Tolkien’s former house in north Oxford was built in the 1920s. The writer resided there with his wife Edith and their four children from 1930 until 1947. This house has some historical importance, even though its architectural qualities are not out of the ordinary. More specifically, the drawing room has attracted considerable attention because Tolkien composed most of The Hobbit and The Lord of the Rings trilogy there. In that room he also met with his students from Oxford University.

Devoted bibliophiles would love to see Tolkien’s former house become a preserved space. For example, Julia Golding, an advocate of the campaign of the house’s preservation states that ‘the worldwide Tolkien fan base is enormous, but there is no center for Tolkien anywhere in the world.’ Therefore, one should be established. Even though the layout of Tolkien’s house has slightly changed it would be great for his legacy to be preserved. To this day most of the house’s original elements are still maintained, such as ‘the hardwood floors, the high ceilings and the wood-burning fireplaces, and in the kitchen there is an old bell system that was used to communicate with the rest of the house’. There are also ‘a few of the trees Tolkien had planted’ himself in the garden.

In this vein, a campaign has been raised by Tolkien’s fans to accumulate enough money for the property to be restored and turned into a museum. The ‘ Project Northmoor’ began on the 2nd of December. However, it is unclear why this effort of rendering Tolkien’s house a museum did not take place in 2004, when the house was initially listed as a Grade II building.

The debate of the preservation of Tolkien’s house could be seen as a reflection of a larger problem at hand: the cultural infrastructure crisis. Spaces of cultural production fall out of existence at an alarming rate especially due to the economic crisis inflicted by the COVID-19 pandemic. New spaces of cultural production are rarely established. This is a global phenomenon, as there has been a significant increase in the repurposing of cultural buildings due to the economic crisis, rising population and a lack of adequate housing.  For example, the Wuhan Salon: Cultural Exhibition Center was turned into a hospital to cover the need of hospitalizing Covid-19 patients. The maintenance of these places is important as it allows longtime fans to access them again and again, thereby continually reshaping popular culture. The interactions they have in these physical spaces and their engagement with these unique cultural sites create irreplaceable emotions and signify a new affective era continuously reshaped. In light of restricted access to cultural sites in the corona-virus era, a new kind of affective engagement is emerging. As Judith Butler postulates, ‘the demand for infrastructure is a demand for a certain kind of inhabitable ground’. There is a need for spaces where the intellectual heritage of writers’ is protected. In these cultural infrastructures, visitors can honor the creators of art and form a cognitive, emotional bond with them. It is almost like a cultural pilgrimage that leads the individual to continuously renegotiate his positioning in relation to the writer’s legacy. In the same vain, Jane Austen’s house at Chawton, Charles Dickens’ home in London and William Faulkner’s house in Rowan Oak are some spaces of writers’ cultural production successfully preserved.  The Brontë Parsonage is yet another example of a space of cultural production which operates as a cultural pilgrimage preserving the Brontë sisters’ intellectual heritage. All these spaces operate as significant sites, literary pilgrimages of the writers’ literary production.

Another reason why Tolkien’s fans are so attached to his residence is because they experience nostalgia for the places in which his narratives take place. More specifically, most narratives of Tolkien take place in Middle Earth, which is based on a past version of our own world. It is a space with a particular history, which does not exist in a vacuum. In the same vein, Tolkien’s house has its own particular history. For example, In 1968 Tolkien told the BBC that he remembered the particular moment when he conceived the idea for The Hobbit.

‘I can still see the corner in my house in 20 Northmoor Road where it happened. I’d got an enormous pile of exam papers there and was marking school examinations in the summer time, which was very laborious, and unfortunately also boring. I remember picking up a paper and […] nothing to read. So, I scribbled on it, I can’t think why, ‘In a hole in the ground there lived a hobbit’’.

Tolkien sets both The Hobbit and The Lord of the Rings in fictional places far away from home. The trope of the house becomes important, because there is always the desire of returning to it. In The Hobbit, Frodo Baggins decides to leave Hobbiton and travel through the dangerous countryside, exploring the open air in forests and mountains away from his underground home. As the narrative progresses, Baggins and his allies are attacked in the underground, with his friends captured by elves in a forest and led to a riverside settlement. Upon his return to Hobbiton, Baggins find his house forever altered. Completing a circuit of diverse experiences alters one’s perception. The interplay between darkness and light, confinement and freedom are significant in Tolkien’s writing, which largely depends on enclosed spaces such as tunnels, ruins, underground railroads juxtaposed against open spaces like forests, rivers and mountains. Frodo Baggins was able to overcome the hardships of life by reminiscing about his time at home in, his beloved Shire. Despite the changes that have taken place since his departure, home’s sense of familiarity still comforts and expresses, the same feelings that the readers have developed through reading Frodo’s adventure.

The spaces that Tolkien describes are ingrained in the readers’ minds and are spaces they can relate to. They share an intimate connection, where remembering spaces of the past can provide comfort and continuity. An experience of his that Tolkien ingrained in his work is the theme of railroads which was prominent in his house as his sons had a great  passion for model railway engines and have created a track layout in their Oxford room. Tolkien’s created world becomes real to its fansdue to Tolkien’s capacity of making the past part of the present. As he stated himself, he wanted to create ‘a mythic cycle that stood on its own’. This invented world of Tolkien has emotional relevance to the world we are part of, since his characters exhibit realistic human behavior. They are multi-faceted and exhibit complex traits. Instead of merely describing the imaginative spaces in which his characters exist, Tolkien imparts cultural signification to them. The stories of Tolkien have the capacity of making the past a part of the present instead of rendering it forever out of reach. As the characters in Tolkien’s novels try to pass down from one generation to the other their stories. We are asked to enrich the present with our experiences from the past. Fans who will see Tolkien’s house will be able to enrich their perspective of his actual house with the way he idiosyncratically constructs fictional spaces in his texts. 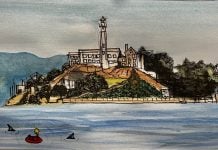 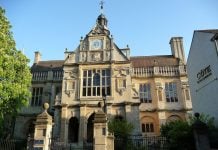