Axe-throwing will be on the menu at a bar granted license to open in Oxford, despite concerns from police.

Thames Valley Police have also suggested the bar could increase alcohol-related crime and disorder to the area. Inspector James Sullivan asked for the council to turn down the licence application, or to approve firmer safety restrictions on the bar.

Oxford City Councillor Michael Gotch said he had been “rather horrified” on reading police evidence that suggested customers might be searched when leaving to prevent people smuggling blades out of the premises.

However, CEO and founder of Boom: Battle Bar Elliot Shuttleworth said that customers would be escorted at all times, and that weapons would be locked away afterwards. The Boom: Battle Bar website also suggests that each 45 minute session will be led by a “specialised instructor”.

Axe-throwing will be just one of many activities available at the 250-capacity bar. Crazy golf, electric darts and shuffle ball are among other activities offered at existing Boom: Battle Bar sites. Hammerschlaagen, a Bavarian game involving knocking nails into a tree stump with a hammer will also be served up. With axes, darts and hammers involved, some have raised concerns over alcohol consumption at this site.

Despite the beer-pong inspired activity the bar also offers, as well as the pints and cocktails it sells, representatives of the company emphasised that selling alcohol was a ‘secondary element’ of the business, and that it was not a “drinks-led business”.

For participation in axe-throwing the Boom: Battle Bar’s website also asks customers that “no alcohol… be consumed beforehand please”, and alcohol during the axe-throwing session is prohibited.

Alan Cook, UK head of operations at Boom: Battle Bar has also said that the bar’s target audience spends most of their money on games instead of alcohol, and that the bar attracts “the under 35s” who “don’t drink anymore”.

The council will insist on high-visibility jackets and body-worn cameras for security staff.

Norfolk Police told Cherwell that no incidents had been reported at Boom: Battle Bar’s Norwich branch because the bar was given licence to open on March 26th 2020, after the first national lockdown was imposed. “Due to COVID-19, the bar has not been able to operate properly and there have been no reported incidents relating to the Axe.

“A safety concern was raised by our Licensing Team and was assured a risk assessment would be in place. Once the bar is able to re-open, the Licensing Officer will be contacting the Norwich City Council Health & Safety Team to follow this up.”

Boom: Battle Bar, and South Wales Police have been approached for comment. 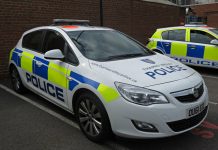 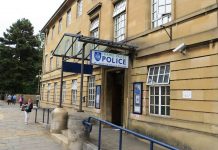 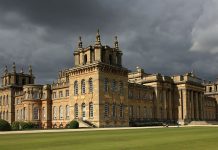 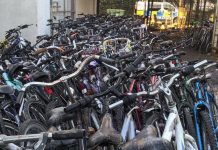 Oxford man arrested after 164 stolen bikes found in back garden