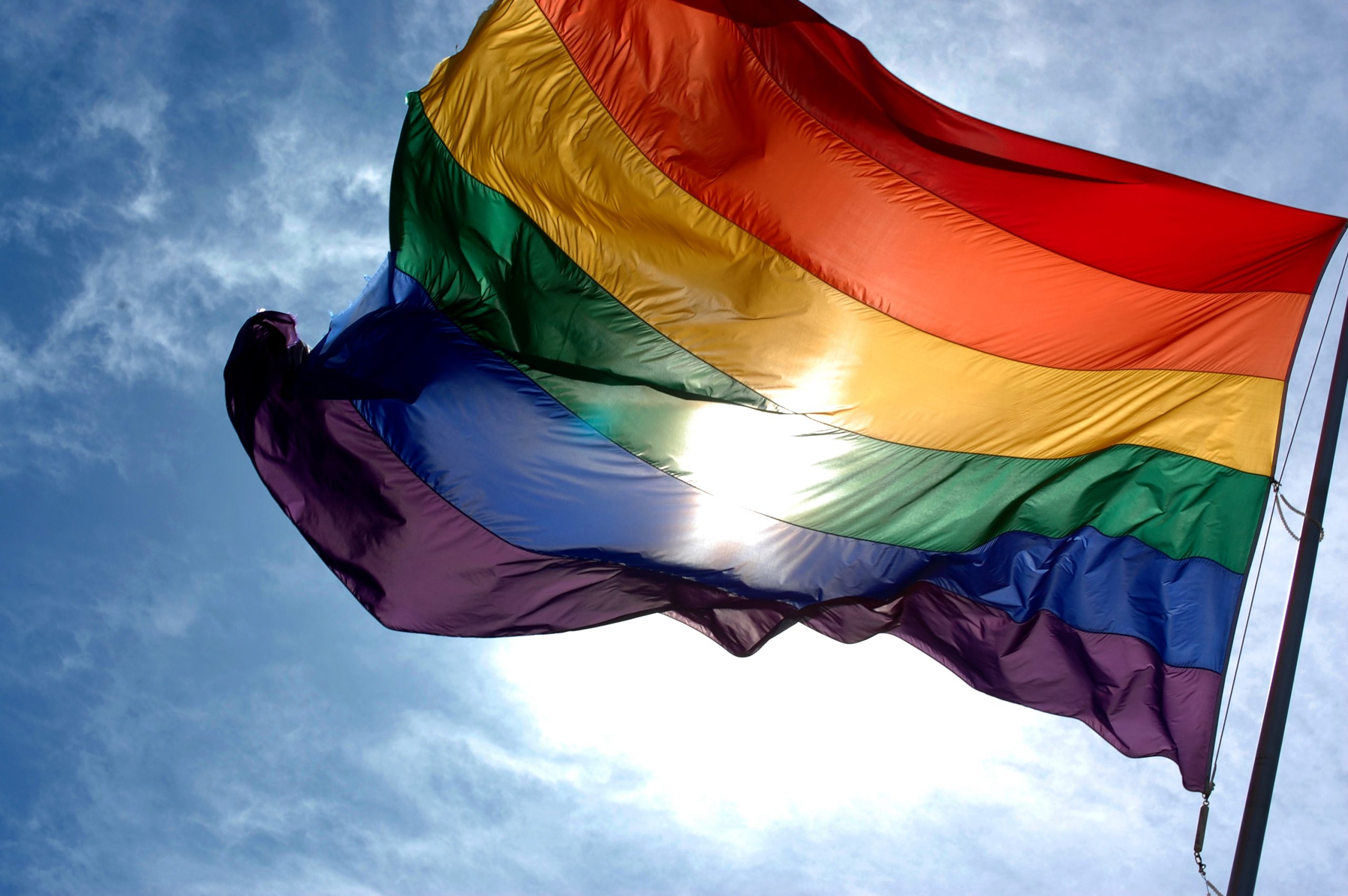 After an Oxford LGBTQ+ Society event discussing the realities of being an LGBTQ+ person in the Caribbean was ‘zoombombed’ with homophobic and racist content, the Society has told Cherwell that they intend to report the incident to the police, along with setting up new mechanisms to secure future meetings. Similar attacks have also taken place at the Universities of Edinburgh, Durham and Sussex, along with Manchester Metropolitan University.

The event, co-hosted with Oxford’s African and Caribbean Society, was titled ‘LGBTQ+ History and Lived Experiences in the Caribbean’ and was the third of their four LGBTQ+ History Month events. During the event, a homophobic slur was repeatedly typed in the Zoom chat and a racist slur was written over one speaker’s presentation on the ‘Historical Role of Britain in Criminalising Homosexuality around the World – with focus on the Commonwealth Caribbean’. Those who typed the messages wore ‘V for Vendetta’ masks.

The meeting was closed after these attacks. When the meeting was restarted, chat, annotation, whiteboard and microphone permissions were removed from all guests. The individuals who had posted in the chat attempted to re-join; one was successful but was then quickly removed. The rest of the event continued without disturbance.

The Oxford LGBTQ+ Society told Cherwell: “Moving forward from the events of Thursday night, both the Equality & Diversity Unit and the IT Department are going to be working with us to help protect vital safe spaces for students of all identities throughout the University and to prevent this from ever happening again. We are keen for this initiative to extend to universities across the UK, as this is clearly not an isolated incident and such ‘Zoom-bombings’ are increasing in frequency, especially within University settings.

“We intend to report this hate crime to the police and have been offered the support of the Proctors’ Office in navigating this process. We have also reached out to Edinburgh University ACS, who unfortunately experienced a strikingly similar attack at their ‘Pro-Black and Anti-Gay?’ event last week. These attacks were organised and targeted, and we suspect they were orchestrated by the same group of people, and as such we are keen to collaborate and communicate as we seek to hold those responsible to account.”

These attacks follow an incident at the University of Edinburgh on 14th February, where racist and homophobic messages were sent in the Zoom chat while attackers shouted “white power” and played pornography, reducing one guest speaker to tears. In an Instagram statement, the UoE African Caribbean Society said: “We strongly condemn their actions and this attack only proved the necessity of these discussions. We maintain a zero-tolerance on any form of discrimination and this was a horrible occurrence that should never be repeated. This crime will be reported to higher authorities and action will be taken.”

Jason Jones – a gay activist from Trinidad and Tobago – was a speaker at both the Edinburgh and the Oxford events. Reflecting upon these attacks in the restarted meeting, he said: “When the attack happened on February 14 at the Edinburgh event, it sent me into a very dark space. As an older LGBT person of colour, it took me back to years of the most horrendous homophobic attacks I have lived through. I did the first public gay drag show in Trinidad and Tobago in 1992 and my family made me homeless. I ended up homeless just for doing a drag show, but now everyone looks at RuPaul’s Drag Race and thinks that it’s okay. When I saw what happened tonight it sent me back to those very dark days when there was no support, when there was no idea of us being human beings”.

He continued: “The fact we were attacked again tonight by the racist homophobes after being attacked at two other universities over the last 6 months shows that universities are not engaging with the dialogue. That is because the leadership are all white, cisgender and all predominantly straight and middle class. These are people who do not face the challenges that minorities face. We need to take this to the highest level to ensure they are listening to us.”

At a quiz hosted by Manchester Metropolitan University’s LGBTQ+ Society this week, between seven and ten trolls allegedly interrupted the Zoom call with homophobic remarks. The Society’s President told the Tab that they also made “some really nasty comments” about people’s disabilities, weight, and “lewd comments” about different sexualities. An October event held by University of Sussex’s DragSoc also faced homophobic and transphobic abuse from anonymous attendees. At an event hosted by the St Mary’s LGBT+ Association at Durham University, between fifteen and twenty anonymous callers shouted homophobic and racist slurs, along with sharing sexually explicit videos. The Association said: “The participants of this call were left feeling upset, threatened and above all, unsafe.”

Speaking about a general rise in attacks upon Zoom events, Patrik Hermansson of the anti-racism group Hope Not Hate told BBC News that the group had seen a “rise” in attacks on Zoom events. “We see invite links to meetings being shared by far-right accounts on social media and in chat rooms,” he continued, “and people are urged to join and disrupt or spread hate.”

Stonewall’s Head of Media Jeffrey Ingold said: “It’s vital that tech platforms and universities work together to improve online safety measures and deal with all incidents seriously and swiftly to make clear that anti-LGBT+ and racist abuse online will not be tolerated.”

In a statement published on their Facebook page immediately after the event, the Oxford LGBTQ+ Society stated: “Tonight, our LGBTQ+ History and Lived Experiences in the Caribbean event was targeted by homophobic and racist attendants who attempted to sabotage and silence our speakers. Unfortunately, this was not an isolated incident and Jason Jones, one of our panellists, experienced similar attacks at a University of Edinburgh event last week, highlighting how bigotry is still prevalent and proud, and can seep into university spaces. To prevent these malicious individuals from being able to further disrupt our panel, we restarted our event with extra precautions and proceeded to have an important and powerful discussion surrounding Britain’s role in anti-gay legislation and the history of LGBTQ+ rights in the Caribbean, as well as the current climate towards LGBTQ+ people in the region. We strongly encourage everybody to take the time to watch the recorded version of our panel, which will be uploaded in due course and linked here later.

“We want to thank our incredible panellists, Billie Bryan, Jason Jones and Kaisha Ince, who continued on in the face of hatred, and all those within the Oxford Community who positively engaged with our event. We will not be silenced by hate and we stand in solidarity with our LGBTQ+ siblings in the Caribbean and beyond, who face such targeted hatred and violence on a day-to-day basis. We are stronger together, and as Jason most powerfully said tonight, hate is intersectional and so our liberation must be intersectional too.

“For all those that have been negatively affected by this, please reach out to one of our Welfare Representatives, Fran (she/her) at [email protected] or Lewis (they/them) at [email protected], or alternatively contact the Student Welfare Support Service who have been alerted to what has happened and are on hand to offer support to those who need it.

“If you are able, please donate to our fundraiser for Colours Cayman, a locally registered and operated non-profit that aims to foster a safe environment for the Cayman and wider Caribbean LGBTQ+ community. Tonight’s panel has demonstrated the critical need for such non-profits within otherwise hostile places, and we invite you to support their endeavour towards equality.”

For confidential advice and support, you can contact Switchboard at 0300 330 0630, 10am to 10pm, every day, or email them at [email protected] All phone operators are LGBTQ+.