Matilda Gettins explores why, today more than ever, it is important to reflect on social protest movements. 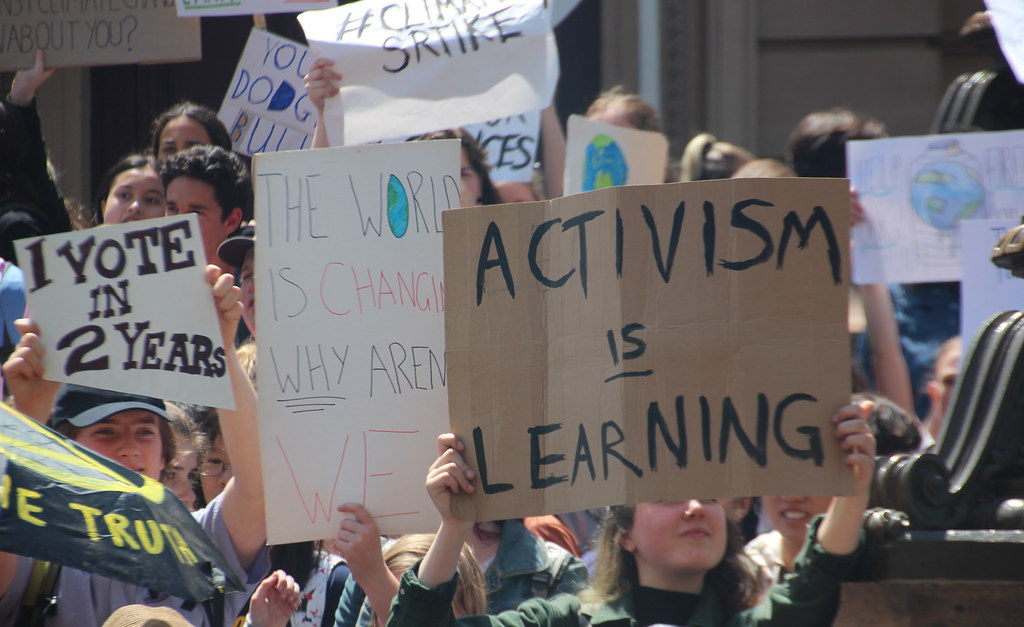 As 2020 came to a close, a glimmer of hope appeared on the horizon: not one, but two, but three approved Covid-19 vaccines. The end of the pandemic seemed in sight, and a wave of optimism for 2021 set in. But two months in, not only is the Covid-19 crisis still as present as ever, but we are increasingly realizing that the pre-Covid status quo was no less racist, sexist or Paris-Agreement-compatible than the present.

A history of arbitrary discrimination

A crisis is a condition of instability or danger on a socioeconomic and/or political level. Some crises are external, such as Covid-19 (to a certain extent). But crises can also be internal, meaning that they are (re)produced by the very system they affect. Many structural crises are a product of our history of arbitrary discrimination; unfavourable treatment of a group for reasons unrelated to the basis of discrimination. Contemporary arbitrary discrimination includes race increasing the risk of being incarcerated and women earning less than men.

Protesting against injustice in 2020

To fight this injustice, movements such as Black lives matter, NiUnaMenos and Fridays For Future protested throughout 2020, undeterred by the hurdles of the pandemic.

“Race does not exist but it does kill people.”
Even if it is a social construct, race continues to perpetuate oppression. UK residents with BAME backgrounds are twice as likely to die from Covid-19. George Floyd, Eric Gartner and Breonna Taylor would not have died if they were white. This reality was never hidden. But it was largely ignored, and still is. The Black Lives Matter movement, demanding that this injustice finally end, gained incredible momentum in 2020. An estimated 15 to 26 million people attended the protests in the US.

Politicians rushed to be seen taking the knee in solidarity, and Instagram was flooded with #BlackLivesMatter and #BlackOutTuesday. But sustainable solidarity – listening and enforcing demands to defund the police and to instead increase spending on social programmes – has fallen short. In January 2021, images of Donald Trump supporters storming the US capitol – facing a stark lack of law enforcement services – shocked the world. But when contrasted against the deployment of the national guard during the May 2020 peaceful Black Lives Matters protests, the situation seems even more perverse. The movement’s global network rightly called out “the hypocrisy in our country’s law enforcement response to protest.”

2020 also saw loud cries to end gender inequality. In Argentina, the movement #NiUnaMenos (‘Not one less’ – meaning not one woman more lost to gender violence) brought almost a million people to the streets in 2018. The green headscarf used in protest alludes to the Mothers of Plaza de Mayo movement, who protested successfully against the disappearance of their children during the 1976-83 dictatorship. The resulting ‘green wave’ of feminist activism helped lead to the landmark achievement on the 30th of December 2020: the legalisation of abortion. Abortion remains altogether prohibited in Honduras, Nicaragua and El Salvador. Despite momentous protests, the Polish conservative PiS party passed a near-total ban on abortion in October 2020.

There are also less evident forms of structural discrimination. The climate crisis – or those contributing to it – indirectly discriminate based on age or nationality.

Fridays For Future is a global climate justice movement inspired by school-striker Greta Thunberg. It brought millions of people to the streets in 2019; the pandemic required the movement to take different measures. In April, German activists had the biggest ever online protest, with over 200 000 viewers. But the climate crisis will have its biggest impact, not on rich, northern nations, but will disproportionately affect poorer people and the global South – even though these nations have lower emissions.

Yet perhaps the most perverse effects are on indigenous peoples. The impacts of the climate crisis make many traditional ways of life – which are usually low carbon or carbon-neutral – impossible. Not only does it alter entire ecosystems, but it makes predictions and decision-making very difficult. The Nenets, who have lived with their reindeer herds for generations on the Yamal Peninsula in Siberia, are having to cope with increased forest fires, shorter periods in which they can travel on frozen rivers, and a rise in floods.

In Canada, climate activists and indigenous people joined together in a wave of civil disobedience in February. They erected rail blockades to protest against a new pipeline in the Wet’suwet’en territory.

Corrupt politics is a different type of structural oppression. It is not one societal group being arbitrarily oppressed by another. It is a whole population (with the exception of the profiting elite) being intentionally oppressed through governmental power-structures.

Belarusian President Lukashenko has long been referred to as “the last dictator of Europe”. In August 2020, his rigged reelection – he has been in power since 1994 – sparked momentous protests. The colours of the opposition, red and white, dominated the protests, which resulted in roughly 25 000 arrests. Red and white symbolise the historical Belarusian flag, abolished when Belarus first became a part of the Soviet Union.

Even after their ‘break-up’, Belarus and Russia have, in general, stayed relatively close economic partners, with Russia buying Belarusian loyalty through cheap oil prices. But it’s not just corrupt elites who work together – the current protests against Putin in Russia may be drawing their inspiration from Belarusian activists’ bravery.

Yet even as mass demonstrations in Belarus have quieted, activists continue to spread pictures of snowmen dressed in red and white on Belarusian Telegram Channels. Telegram gained massive popularity as a communication medium when Lukaschenko blocked most internet sites and services as news of the rigged election began spreading.

For the time being, the protests have, in some ways, had opposite effects. The instability worsened it’s already poor currency ranking, making Belarus even more dependent on Russia for currency credits.

We have a tendency to glorify activists. Perhaps it’s because we like supporting the underdog, or because we feel better if we know someone else is addressing the problem.  But just like health care workers, they don’t need our applause – they need things to change.

Privilege and discrimination are two parts of the same coin. If we condemn structural discrimination as being based on arbitrary factors, then acknowledging the resulting privilege is simply not good enough. Our silence allows structural oppression to continue.  We all need to be protesting against and condemning it.

You don’t need to “be an activist” to take action. You can educate people, sharing calls to action or resources on your social media channels. You can donate time or money to existing social movements. You can organise pressure on institutions (e.g. the university) or politicians. You can – and should – make sure to call out racism, sexism whenever you see it.

And yes, that may be uncomfortable. But that’s better than being comfortable in a world of structural injustice. And if we manage that, then, maybe, 2021 will be a little better after all.