CherwellIndependent since 1920.
Comment Is this the end of the gig economy? 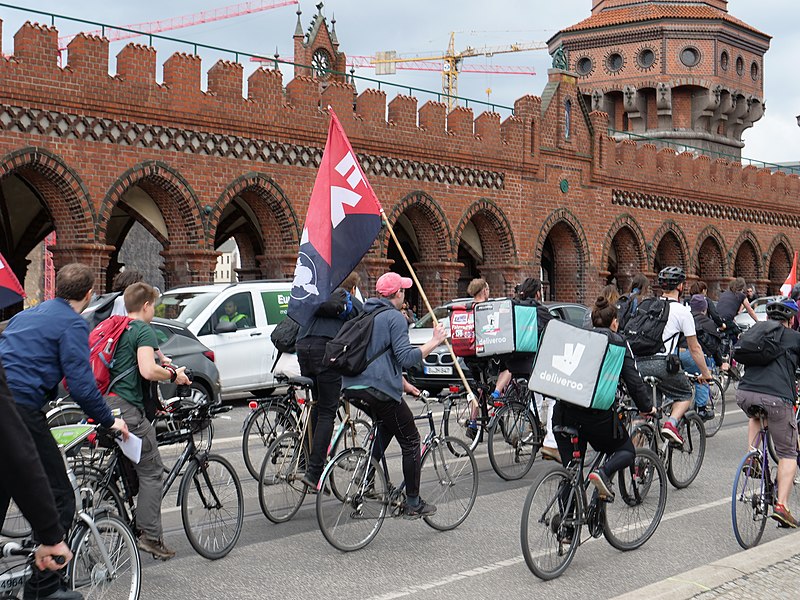 In the past weeks, prosecutors in the UK and Italy have scored big wins against pillars of the gig economy. On 19th February, the supreme court in London unanimously ruled that Uber drivers must be considered as workers rather than self-employed. Four days later, on 24th February, prosecutors in Milan moved in a similar direction when they ordered the four food delivery companies with activities in Italy (Uber eats, Deliveroo, Just Eat, Foodinho-Glovo) to hire 60,000 workers and pay a total of €733m in fines.

These decisions in the UK and in Italy will have a serious impact on the way these companies carry out their activities, since their drivers and food-couriers will soon have to be paid at least the minimum wage, and will be entitled to holiday pay, as well as maternity and medical leave. This essentially means that Uber in the UK and Uber Eats and its competitors in Italy will need to have a significant change in their business model in order to comply with their workers’ new status. Above all, these two court rulings set a precedent for thousands of gig-economy workers in these countries and beyond. After a tentative start to this rapidly changing system, new regulations are likely to be put into place in the near future, which will apply to more than just taxi-hailing and food delivery companies.

So, with these major companies under scrutiny in several countries, are we witnessing the crumbling of the gig-economy? Perhaps it is worth defining what is commonly understood under the term ‘gig economy’ and how we have ended up where we are now. The ‘gig economy’ is a labour market characterised by the prevalence of short-term contracts or freelance work, as opposed to permanent jobs. In sectors such as the arts and journalism, for example, this system has been in place for decades, but for services such as ride-hailing and food delivery, it is a fairly new phenomenon that has been growing hand-in-hand with the rapid technological progress of the last decade.

For the proponents of this system, it is a liberalisation of the market that allows flexibility for everyone. Workers should have the freedom to choose when and how much they wish to work and get paid accordingly, and customers have access to quicker and cheaper services around the clock. Theoretically, companies such as Uber and Deliveroo do nothing more but put both workers and consumers in contact; often, this is done through a very well-designed app, which makes the whole process all the easier. It is undeniable that, for us consumers, our lives are ameliorated by the fact that companies like Uber and Deliveroo enable us to find a driver and hop into their car within five minutes or have hot meals delivered to our door at any time of the day.

This system, however, has a far darker flip side for these working in it. For them, the ‘flexibility’ and ‘freedom’ so often praised by these companies’ executives are generally nothing but an illusion. Workers for companies such as Uber and Deliveroo are in fact fully dependent on their apps; Uber for example sets the rates, sets the contract terms in which drivers have no say, requires drivers to take certain routes, and disciplines drivers through a rating system. These elements clearly show that drivers are in a position of subordination to Uber and that the company is doing more than just connecting drivers and customers.

In fact, Uber has deliberately put drivers in a system where they feel compelled to work for increasingly long hours, as the algorithm punishes drivers for turning down rides, and in turn, gives them fewer rides. Indeed, working ridiculously long hours is the only solution for many drivers to make ends meet, with some drivers working over fifteen hours a day, in order to barely make a living after having paid for the maintenance, the license and the insurance of their vehicle. Furthermore, it is worth noting that drivers only get paid once they are given rides by the app and that the hours they spend waiting for ride-requests to pop up are hours in which no money is made. These dire conditions have led drivers around the world to sleep in their parked cars in order to cram in more work hours. More worryingly, others admit having already nodded off behind the wheel due to a lack of sleep, which in turn also casts doubt on our security as passengers.

Food-couriers are just as dependent on their app, be it Deliveroo or Uber Eats, and expose themselves even more to the dangers of the road late into the evenings trying to make a living. These narratives only get sadder and more dangerous when you consider that these same ‘self-employed’ drivers do not have the right to injury compensation in case of accidents. Taxi-hailing and delivery companies are well aware of these situations, but deem them necessary if they want to continue offering their services at unbeatable prices around the clock.

So perhaps, it isn’t so much the gig economy as a whole that is crumbling, but more the new form it has taken with the development of technology, which has been morally and legally questionable. In European countries, the rising popularity of apps such as Uber, Uber Eats and Deliveroo has put a strain on welfare states; in recent years, there has been an expanding number of workers who are dependents of a company, without receiving the social security that comes with such dependence.

It is, therefore, high time that the status quo undergoes change, and these two landmark court rulings are hopefully the first step towards a legislative update regarding self-employed workers in the UK and abroad. Today there is a need for change. With the development of platforms such as Uber or Deliveroo, the line between what is a self-employed, independent worker, and what is a worker whose income solely relies on a single company – but is not an employee – is getting blurrier.

We can only hope that legal action on its own will regularise these sectors in the near future, but more than that, it is our responsibility to reflect on how we want our society to function, how we want its workers to be treated, and whether we accept that increasing numbers of working people, do so without the safety net that basic social security offers. If we as consumers don’t acknowledge the dire conditions in which people we rely on work, there will be no incentive for anything to change.

Yet, there is hope for change if we understand that the cheapest prices for services are often made at the cost of decent working conditions. In the ongoing pandemic, we have seen that drivers and especially food couriers perform essential jobs, which many of us have come to rely on in our everyday lives. But, it is worth asking ourselves what is behind the ever-lowering price of these services and whether we accept it by contributing to it.