Only five months on from the 2020 edition of the Masters, it is time now for the 2021 version. Back in its usual slot of April, it is the first chance that golfers have to get their hands on one of the four majors this year. Last year it was won by Dustin Johnson — his first green jacket — shooting a record 20 under par to win relatively comfortably by five shots. The question therefore is who is going to win this year? Johnson is at the time of writing the bookies favourite, but will he be able to defend his title or will someone else be wearing the green jacket on Sunday evening?

The course at Augusta national is one of the most famous in the world. The Masters is the only golf major to be held at the same course every year and this year marks the 85th edition and hopefully it will provide just as much excitement and as many surprises as those that have preceded it. Bubba Watson is the only man to win more than one Masters title between 2007 and 2020, underlining the difficulty to pick a winner of this prestigious event each year. Whether it was Danny Willet’s shock victory in 2016, or Tiger Wood’s return winning his 15th major and first for over a decade in 2019, the Masters in recent years has not disappointed. We are hoping that when they come through Amen corner for the final time on Sunday, this edition of the Masters will live up to those that have come before.

Dustin Johnson is the favourite for this year. His stunning performance to win in 2020 by a dominant margin must be the driving factor behind that. However, his 2021 form has not been anywhere near the same level. Since the Masters in November, he has a solitary top 10 finish to his name and in the biggest tournament of the year so far, The Players Championship, he finished a disappointing tied 48th, 13 shots behind the winner. However, the Masters is a tournament unto itself. In recent years the winners have often performed well in previous years before going on to win the green jacket. Therefore, with Johnson’s shown pedigree around the course at Augusta National, that might play a more important role than his current form when he steps out on the course to defend his title.

One of the biggest question marks for this year’s tournament is Brooks Koepka. His last tournament was WGC Workday Championship in Florida on 28th February, where he finished tied second, but since then he has had surgery on his right knee. The surgery took place only three weeks ago, although Koepka himself has stated that he will be fit to play at the Masters this week. He is quoted by the BBC after some practice holes at Augusta as saying: “If I knew I was going to finish second, I wouldn’t have shown up.” A former world number one, Koepka has four major titles to his name and a best finish at Augusta of tied second in 2019, so cannot be discounted, but with surgery only three weeks ago, I cannot help but feel that the Masters has just come too soon.

There are plenty of other names that could potentially be in a position to challenge by the fourth round on Sunday. Bryson DeChambeau is the current leader of the FedEx Cup Standings, and as one of the biggest hitters on tour, his pure power should suit the course at Augusta well, where traditionally bigger hitters have done better. Then come the names of Justin Thomas and Jordan Spieth. Both major champions with proven pedigree at Augusta National and both in good form going into the event. Thomas with a couple of top 10s at big tournaments already this year, the most notable being a victory at The Players Championship, sometimes called the fifth major. Spieth too is hitting form at the right time. After a disappointing few years that saw him slip down the world rankings, 4 top 10 finishes already this year, including victory last week at the Valero Texas Open, means that he cannot be ruled out of contention.

What the about British hopes this year? Rory McIlroy is continuing his search for a Masters victory, the only major that continues to elude him, but he comes into this year’s event in no sort of form at all, failing to make the cut at the two biggest tournaments of the year so far. Lee Westwood has shown glimpses of his best at times this year, but for him to go on to challenge at the very top again seems unlikely. This could be the time for Tommy Fleetwood to win a major, something he has been threatening to do since his stellar Ryder Cup performance back in 2018. Then there are Justin Rose and Danny Willet. Two men in no form at all, but with pedigree in majors and more specifically the Masters itself they cannot be completely discounted. It seems unlikely that the champion this year will be a British one, but greater shocks have certainly been seen at the Masters.

The 85th edition of the Masters looks as though it has all the ingredients to be a great one. On Thursday 88 players will take to the first tee at Augusta National all with dreams of winning the Masters. 72 holes and a whole lot of ups and downs later, by Sunday evening we will have our champion. At this point it looks as though Dustin Johnson is the most likely after his dominant performance around the same course only five months ago, but as we know anything can happen at the Masters and it promises to be a thrilling weekend of golf. 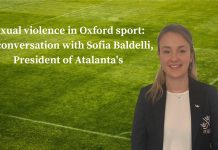