In the past year, we’ve all seen it too often: terrible tragedy in the news, followed by a host of social media PowerPoint presentations about the social issues surrounding the event and why people should care. Tragedy, Social Media Outrage, Repeat. Like clockwork, the process repeats itself, following the steady hum of the news cycle.  In the past year, these infographics have given rise to several social media accounts such as @shityoushouldcareabout and @feminist which have grown to millions of followers. They provide bitesize information cards to news and social issues, both local and global. But amidst the COVID-19 crisis, we’ve got another crisis: an information overload.

This issue isn’t binary. These infographics can partially be worthwhile as well. For international issues, Instagram infographics give a platform to topics that aren’t receiving Western media coverage. In 2020, this was particularly instrumental for movements such as ‘End SARS’ in Nigeria which calls for the disbanding of the Special Anti-Robbery Squad, a notorious unit of the Nigerian police with a long record of abuses, as well as the Farmers Protest in India – an ongoing mobilisation against three controversial farm bills which were passed by the Indian Parliament in September 2020. In these cases, infographics help break down what exactly the issue is and how people can directly contribute to the movements.

Especially for people not familiar with the local geopolitics of a region, the graphics have merit. They give you a simple ‘who’, ‘what’, ‘when’, ‘where’, ‘why’ breakdown followed by a ‘how you can help’. And, on a local scale, it empowers individuals to advocate for issues they find important. Anyone with enough followers is able to spotlight issues that matter to them or share fundraising links and open letter drafts. One might say social media even makes activism accessible.

So what, then, is the issue with infographics? I would argue the problem is three-fold: oversimplification of complex issues, a rise in ‘slacktivism’, and activism fatigue that results from information overload.

Last summer, for instance, Eve Ewing, a writer and sociologist who has researched racism and social inequality, encouraged users to be conscious of information consumed on Instagram. “Graphics like this can be a helpful teaching tool, but some of the ‘racial justice explainer’ posts that go viral grossly oversimplify complex ideas in harmful or misleading ways or flat-out misstate facts,” she wrote. “[They] are not attributed to any transparent person, people, or organization who can be held accountable for errors and draw on the work of scholars and activists who go uncredited.” This is because ‘explainer’ posts particularly rely on the simplification of complex histories and ideas and usually derive from dense academia. The information, therefore, goes through a process of generalisation to fit the facts into the 10-slide Instagram carousel. This alongside the use of eye-catching fonts, backgrounds and visuals sometimes have the potential to trivialise serious topics such as racism or sexism.

Even with the ‘StopAsianHate’ posts, Taylor Noelle, a Filipina woman, for instance, shared a post explaining, “You can’t ‘shop Asian owned businesses’ out of Xenophobia and ‘follow Asian creators’ and ‘celebrate Asian joy’ when these things, while being side effects of racism, are not the cause.” These infographics, because they lack depth, are usually unable to effectively address a majority of these issues. Furthermore, because of the viral nature of these posts, it means that this oversimplification can misinform millions of people who may consume the content.

But infographics also generate slacktivism, which gives you the warm fuzzy feeling of doing something and creating change, whilst in reality not much is being done. In fact, Urban Dictionary defines slacktivism as “the self-deluded idea that by liking, sharing, or retweeting something you are helping out”.

Therefore slacktivism has begun to create certain contentment around activism whereby people are unable to take the next step to translate their social media into action. Instead of having difficult conversations with friends and family about race, for instance, people have become complacent with simply sharing a black square captioned ‘#BlackOutTuesday’.

It has led to the rise of performative activism, a social phenomenon whereby people feel compelled to reshare social justice content in order to maintain optics of their supposed allyship with certain marginalised communities. In reality, the purpose for resharing is self-serving.

A side effect of slacktivism is that it has also somewhat glamourised what protesting at the grassroots level looks like. In reality, organising is a tedious and emotionally exhausting process that requires fighting for basic human rights in a political system that is reluctant to change. In fact, activist Nupol Kiazolu, president of Black Lives Matter New York, called #BlackOutTuesday “frustrating” and “counterproductive”. She is one of many activists who believes that it is important for real and tangible civic engagement to be built beyond just the popular, easier “alternative”.

And all of this culminates in activism fatigue or social justice burnout: a feeling of exhaustion that comes with having to emotionally invest yourself in a variety of causes. When the rate of activism feels like it’s not bringing with it a steady stream of progress or when people are constantly being exposed to new harsh depressing content, there is a lack of motivation and passion to actually fight for social justice issues. Online platforms only heighten this by clouding your mental sphere with massive amounts of info.

Ultimately, advocacy is designed to address systemic issues. While infographics are surely a means to inform and spread awareness, they do not translate to tangible impact. In conjunction with activities such as protests, letter writing, advocacy, and more, they serve a purpose. But alone? They don’t get a double-tap from me. 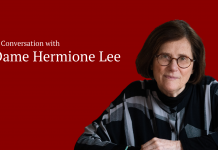 Writing a Life: Overseeing the Evolution of Biography 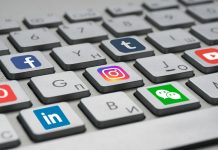