CherwellIndependent since 1920.
Comment The Uyghur genocide and global inaction: Responsibility to Protect 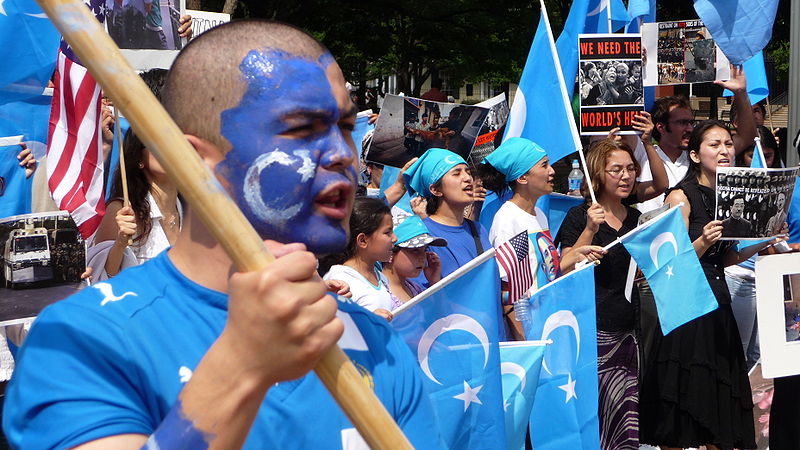 The Responsibility to Protect (R2P) doctrine is a global political commitment embraced by the UN General Assembly. It serves as a basis for collective action against genocide, war crimes, ethnic cleansing, and crimes against humanity. Crucially, the R2P dictates that a state’s primary obligation is to protect its citizens. In cases where a state fails to uphold this obligation, it loses the right of sovereignty. The international community must then fulfil their secondary responsibility and intervene.*

With this in this mind, one only needs a brief contextualisation of what is occurring in Xinjiang to recognise that the situation is a textbook R2P case. Comprising just 1% of China’s population, the Muslim, Turkic-speaking ethnic minority of the Uyghurs have long been subjected to a series of highly repressive policies, all operating under the guise of counterterrorism. What began as mass surveillance, prohibition from teaching the Uyghur language, and the expunction of ancient mosques, soon escalated into the active detainment of the Uyghur population in internment camps, euphemistically titled ‘re-education facilities’. Chinese authorities are not only failing to protect their population from genocidal impulses, they are actively enforcing policies that nurture such atrocities.

I am not writing this piece with the intent of proving that the Xinjiang region is in urgent need of intervention from the global community. I believe that the case for this is most evident. Rather, I seek to answer the question of why nothing has happened thus far. The problem is not that government officials are unaware of the severity of the situation at hand: back in 2019, UN ambassadors of 23 European countries released a letter to the UN Human Rights Council (UNHRC) condemning China over the detention of Muslims in Xinjiang. And so, when this population is so desperately in need, why is nothing happening?

The crux of the matter is simple: the R2P doctrine crumbles when held against powerful countries. China, one amongst a host of global superpowers, exists in a ‘buffer zone’ from humanitarian intervention. To take action against the Chinese government is simply undesirable to the global community, over fears that it may lead to adverse economic consequences for major powers also. Even the US, who under the Trump administration had made clear their autarky from the country by fuelling the recent Sino-US trade war, depend heavily on China for low-cost consumer goods. The decision to intervene is clearly grounded in mutual self-interest, exposing how the R2P warps humanitarian intervention into something distinctly political. When communities are being exposed to such terror by their own state, we have an obligation to move beyond the politics.

On top of this, hegemonic powers such as China will never face a truly universal international response, for their economic clout grants them significant impunity. Indeed, just four days after the UNHRC council received a letter of Chinese condemnation from European countries, 37 other countries signed a letter countering the censure. By and large, these countries are not supporting China for moralistic purposes. Rather, their support of such abhorrent policies is largely an attempt at self-preservation. Under the guise of ‘aid and assistance’, China has built up countless alliances with smaller countries – creating a dependency complex. In doing so, they have configured an entire band of countries who are forced into loyalty. Take Pakistan, for example, whose economic future is largely conditioned by the Chinese-Pakistan Economic Corridor, a collection of under-construction infrastructure valued at $10 billion. Do we truly expect Pakistan, along with a host of other countries whose stability hinges upon Chinese economic aid and assistance, to stand against the state? A unified global response is but a mere dream.

Chinese authorities can thus continue with their systematic abuse of the Uyghur community without fear of any substantial condemnation – their sovereignty is unfettered. The doctrine will never be a global norm. Instead, it will only ever be enforced upon smaller, weaker states where intervention is a hassle-free process. In this way, the R2P actively works to reinforce structural inequalities of global hegemonic power: granting global ‘superpowers’ effective impunity against intervention, while leaving behind vulnerable and poorer states where claims to sovereignty are significantly overridden. This result is not necessarily a calculated or premeditated outcome of the R2P doctrine. However, it is certainly an inevitable by-product of a global political commitment which fails to recognise that inequality is embedded into the very framework of the international community.

We must continue to negotiate and work towards a redefined sense of humanitarian intervention, one that breaks away from hegemonic structures of power rather than reinforcing them. The internal community must also face up to the reality that the hierarchical global system that currently exists means that a universal applicability of intervention will never be truly universal. The R2P doctrine has failed to protect the Uyghur population in Xinjiang and, if serious reforms are not made, future vulnerable populations may face a similar fate.

*Here, intervention is not interchangeable with military involvement. Rather, the process of preventing mass atrocities extends to a whole continuum of obligations, insisting that a host of less intrusive measures (for example, trade sanctions) need be considered before the more coercive and intrusive ones are applied.