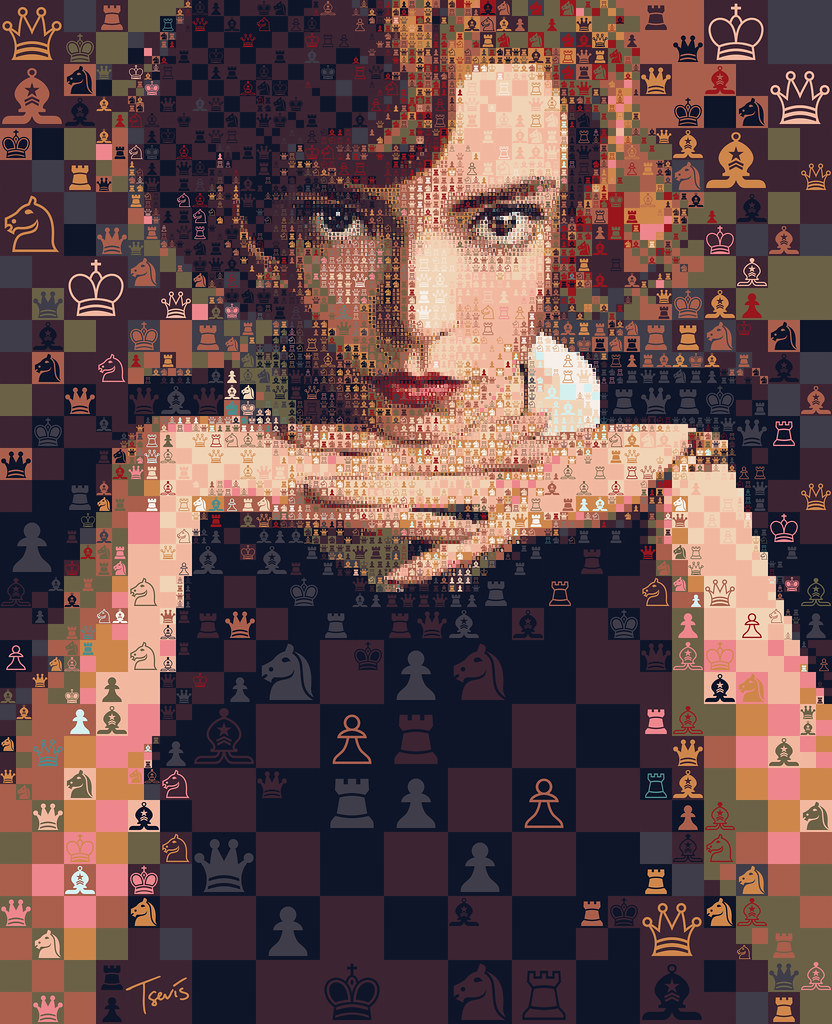 Contains spoilers for the Queen’s Gambit.

In the year of multiple lockdowns, tracksuit bottoms and face masks (not the liquid spa kind), Netflix gifted us with an array of series to cosy up to. Tiger King graced our devices, keeping us busy researching ‘did Carole kill her husband?’ for a good six months. Yet, little did we know that by the end of those six months, the orphan-turned-chess prodigy Beth Harmon would stun us with her intellectual, addictive personality in The Queen’s Gambit. Netflix’s adaptation of The Queen’s Gambit, Walter Tevis’ 1983 novel, became one of the more unexpected critical and commercial successes of the year. Over 62 million accounts viewed the seven-part series from creators Scott Frank and Allan Scott in a month, thus earning its title as Netflix’s most-watched limited series to date. Following its television success, The Queen’s Gambit is set to be adapted as a musical. Can such a show which touches on sensitive, complex topics ever be successfully adapted to the euphoric world of musical theatre?

Adaptations on Broadway are not a rarity. The likes of Legally Blonde, Shrek and Mean Girls all fall under this category – but can we say that these were successful adaptations? There is a noticeable difference when we see songs wedged into already built storylines. The songs feel almost forced as if they only have one purpose which is to mould to the already established story arc. Arguably, adaptations deny composers of their artistic freedom to create innovative, inspired music since they themselves are not involved in the story-building process. From a music al standpoint, I personally find the above adaptations to be deficient, lacking that spark found when both story and song are sculpted together.

In adaptations, music has an instrumental role (excuse the pun), where it merely aids the plot as opposed to making the plot. Compare such adaptations to the likes of West Side Story, where we see the composer, lyricist, choreographer and writer work hand-in-hand to produce art based on the original concept of modern-day Romeo and Juliet. The dances, songs, lyrics are beautifully incorporated into the storyline that is being built alongside it: the score matches the emotion of the lyrics which are as passionate as the dancing which reflects the potency of the story. All four elements of the musical have equal force. Perhaps it is time for Broadway to abandon adaptations and produce more original work, given the recent decline in the quality of adaptations.

The Queen’s Gambit explores the life of Beth Harmon; an adroit chess player – an intellectual and high-stakes game, but not a game renowned for its visual excitement. Despite this seemingly simple narrative, the plot’s scope stretches extensively, following themes of substance abuse, addiction, suicide, autism, feminism and queerness. Following her mother’s suicide, orphaned Beth is taken to Methuen Home, where tranquillising medication is routine in disciplinary practice, prompting the beginning of an elongated struggle with substance abuse. It is here that she also develops a propensity for chess. Both her natural skill and drug-induced state enable her to visualise chess games. Beth’s adolescence also explores the trials of marital toxicity, withdrawal symptoms and alcoholism. Furthermore, the theme of feminism runs parallel to Beth’s success in chess as she consistently surpasses men at their own game.

Several members of the autistic community have agreed that Beth Harmon is a richly rendered portrait of Autism. It is important to acknowledge that we cannot fully contemplate how Beth’s addiction manifests without also considering the fact that she is arguably an undiagnosed autistic woman living in the mid-twentieth century. While Beth’s autism may not be the focus of her story, it is clear to see how it impacts her relationships. Beth has two central relationships: her addiction and her talent. After a devasting loss in her sport, Beth plunges into a days-long drug and alcohol binge. Although, during a final in Moscow, we see the peak of her ability and struggles, as, with the support of her friends, Beth is able to visualise the game without the use of any substance. This final moment carries with it a double entendre: a victory against her chess rival as well as a step towards overcoming substance abuse.

Recent theatrical performances are not merely a pleasant watch but have a clear aim: evoking a response in the audience and prompting conversations about relevant topics. Dear Evan Hansen discusses topics of suicide and mental health; Waitress draws attention to abusive relationships. Heathers’ heavy, satirical tone explores some of the most serious social issues faced by young people in America, such school shootings/bombings and suicide.

We can conclude that the successful integration of serious topics into musicals is indeed possible. It remains uncertain, however, as to whether this could be the case with The Queen’s Gambit. It would be impossible to address each of the issues brought up above in such a short space of time whilst also giving each issue the weight it deserves. If the writers choose to address Beth’s autism, in a sensitive and authentic manner, they must address the community that will be receiving this portrayal. There is also the risk that in addressing the darker themes of substance abuse, addiction, suicide: will such themes become trivialised, or worse, glamorised?

The challenge of making these topics more accessible whilst avoiding belittling the severity of each topic is risk-ridden. Can Beth’s story really be addressed appropriately in the space of 150 minutes? It appears that the writers are left with two options. Should they go broad and shallow: a depiction of the heroine, briefly touching on all darker themes at the cost of creating a complex character? Or, alternatively, go narrow and deep, revolving the musical around only her chess journey at the cost of renouncing some of Beth’s defining character traits. Both options have their setbacks: the former has repercussions on the success of the musical, the latter having repercussions on Beth’s now diminished character, as communities, once included in Beth’s story on Netflix, are now excluded from the stage debut.

Stage rights to the novel have been acquired by the entertainment company ‘Level Forward’. It is worth mentioning that this company has produced films on sexual harassment and assault including the musical Jagged Little Pill focusing on similar issues. They are also responsible for ‘the most controversial play on Broadway’ according to Vox, Slave Play, which explores the impact of racial identity on both sex and personal lives of couples. So, we may retain some hope for the musical adaptation of Queen’s Gambit, given the company’s experience of handling weighty topics.

It can be argued that musicals are capable of addressing heavy topics carefully and with nuance as they have done in the past. However, the complexity of Beth Harmon begs to differ – her character demands specific compassion that a musical adaptation may not be able to provide. I remain unpersuaded that The Queen’s Gambit concerns a girl merely floating up the chess ranks, generally unchallenged and almost entirely unrestricted by gender. Nor am I convinced that her depiction throughout the story can be described as ‘steadfastly serene’ and I am disappointed that her complex character has been so easily reduced to her skill for chess. This diminished perspective of Beth Harmon, I believe, is sadly the only perspective from which a somewhat coherent musical can be formed. The Queen’s Gambit is the story of competition, control, addiction, being a woman in a world dominated by men, trauma, autism. To adapt such a complex series into a musical would be to severely undermine the weight of each of these topics and in turn, the production would do no justice to the character of Beth Harmon and the communities she represents.