Matilda Gettins speaks to the student candidates running for the Green Party in the Oxfordshire local elections. 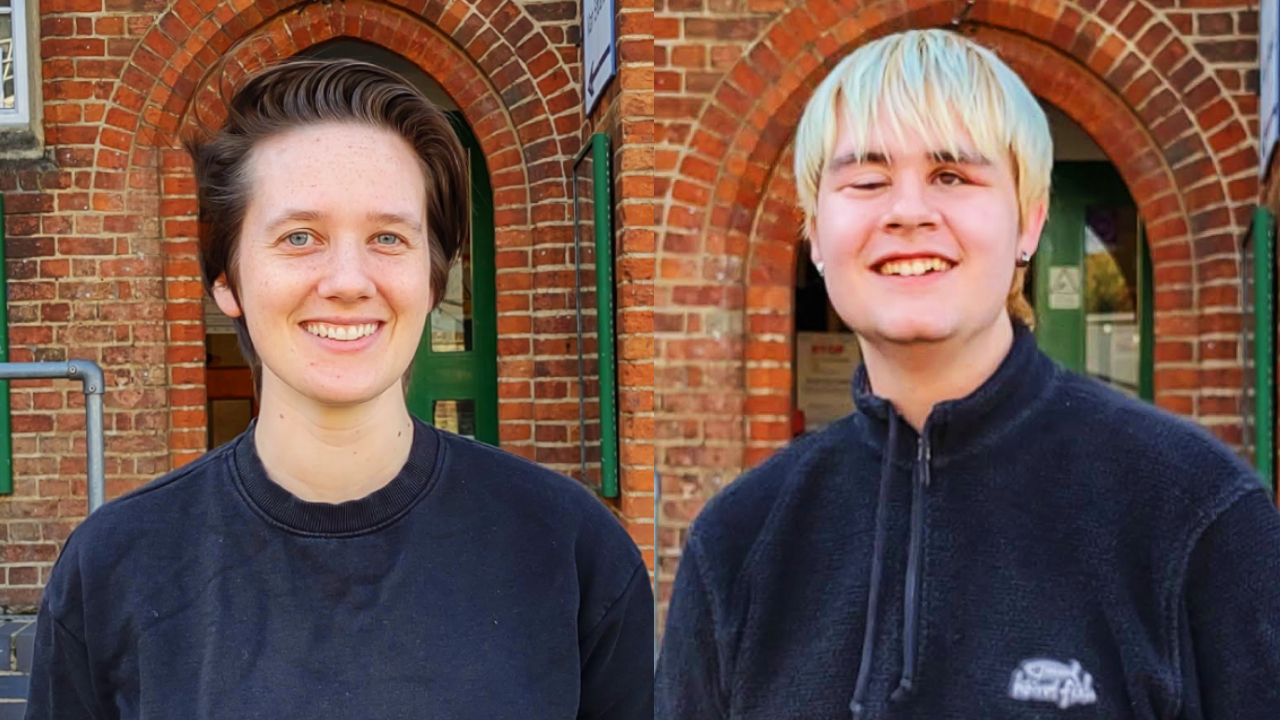 Rosie Rawle is a PhD student on worker’s rights at Queen Mary University of London. Rosie is Co-Chair of the Young Green Party and is standing for election in both Donnington City ward* and St. Clement’s country division.

MG: Which political issues motivated you to run for election in Oxford whist obtaining a PhD?

RR: I think there are a number of issues that led me towards this…. The thing about Oxford is [that] it’s an amazing city, but you can’t walk down a street without recognising and noticing the scale of rough sleeping, the scale of inequality and the scale of injustice in the city.

MG: From your studies of International development and on Social Movements, you seem to be quite a big picture person. Is running for office part of the classic slogan “think global, act local?”

The interesting thing about the current political landscape is that there is so much unharnessed power and potential of local government to transform our communities and start building an alternative society; one which is much more democratic, socially just, and environmentally just.

MG: The first point in the Green’s manifesto is #qualityhomes. What would you do to ensure affordable accommodation for students who cannot stay in university accommodation?

RR: It is shocking that, outside of London, Oxford is the most expensive city to live in. It is a disgrace quite frankly that the private rental sector is allowed to charge sky high prices for what is, basically, poor quality accommodation.

The kind of actions that we’re hoping to push forward if elected include making sure we have a living rent, that means affordable living for all students and young people, and trying to start up a lettings agency run by the Council … stop these astronomical random fees and charges that students face.

MG: In a speech during the Greens’ spring conference you spoke about “Students packed into campuses to protect the bottom line of increasingly privatised universities”. Do you think students on non-practical courses should not be allowed back for trinity term?

RR: I think this is a really tricky one.

The reality is that in September, university campuses weren’t ready to manage students travelling from across the country, forced and packed into accommodation, and that did cause a load of outbreaks. But there has been nine months of learning. I think we ought to be listening to the students, the unions and the Student Union.

MG: Many people think that voting for the Green party is a lost vote – how would you respond to this?

RR: I’d say we have won in Oxford, we can win at Oxford, and, hopefully, we will win in Oxford. The truth is that greens have had seats on the city council and on the county council for over 20 years back and forth … In the one ward where we have two greens elected, we’ve held those seats year on year on year on year. I don’t think we’ll see [that ward] go anytime soon.

Profile: Kelsey Trevett is a first year PPE student at Trinity College, co-chair of the young greens disability group and running as candidate for the Green Party in the coming elections.

MG: What does Green Socialism and grassroots organising look like at a local, Oxford level?

KT: Grassroots organising is making sure that what was actually wanted by people is achieved, and that there’s full representation, and not a disconnect that is patched up – or pretended to be patched up – every couple of years when there’s an election and people want to win votes.

KT: It’s a really scary time. [Protesting] has been a fundamental part of how grassroots organising has taken place for so long. Historically, but also more recently, massive, massive things have relied on protest. It’s important to highlight that that bill basically criminalises Roma and traveller communities as well, which is just awful. … It’s really important that we stand up for those rights which the bill aims to squash.

MG: You talk about the importance of equality for the LGBTQIA+ on your own blog. What would you change to make Oxford more inclusive for members of the community?

It’s hugely about listening to those communities, making sure that they’re safe and that they’re comfortable, and that they have exactly the same rights as everyone else,…  [and] that they aren’t spoken over by people who don’t have those lived experiences. I think that’s really important.

MG: You have been part of the BBC Children in Need’s Rickshaw Challenge and even advised the local council on how to work with disabled children aged 8. What measures would you implement in Oxford to make the town more open to disabled people?

KT: There’s so much discourse about some of the decarbonisation measures …  there’s a lot of concern that they might not be accessible to all disabled people. And I think, a), that’s not true, and they can be completely accessible, and they will be, but b) that really highlights the need to engage in dialogue with disabled communities and making sure that their concerns are raised and listened to. Because they are genuine concerns…. [We need] representation, but dialogue and communication over time as well.

MG: How could the measures to pedestrianise Oxford City be made more inclusive ?

KT: Speaking from my own experience – someone with no sight –  pedestrianisation removes the risk, to put it kind of extremely, of being hit by silent electric cars. That’s always a good start.

I think it’s about making sure …  that there is space for people who are using wheelchairs, people with assistance dogs. … I think it’s [about] looking at things like that and making sure that everyone has been consulted and that concerns have been raised properly. It’s not just a tick box exercise.

MG: On your blog, you also argue that “apolitical climate movements” are counterproductive, failing to address the problem at the “root” which you identify with “capitalism”. Given the climate emergency, why shouldn’t we get support from as many groups in the political spectrum as possible?

KT: The root of the climate crisis isn’t individuals. It’s the system under which we live, it’s capitalism. The exploitative nature of capitalist systems causes a huge part of the climate crisis. I completely agree that getting as many people on site as possible from across the political spectrum is hugely important. But if we also have to simultaneously address the fact that capitalism isn’t compatible with preserving the biosphere and preventing the climate crisis.

*a ward is a city district, used for electoral purposes