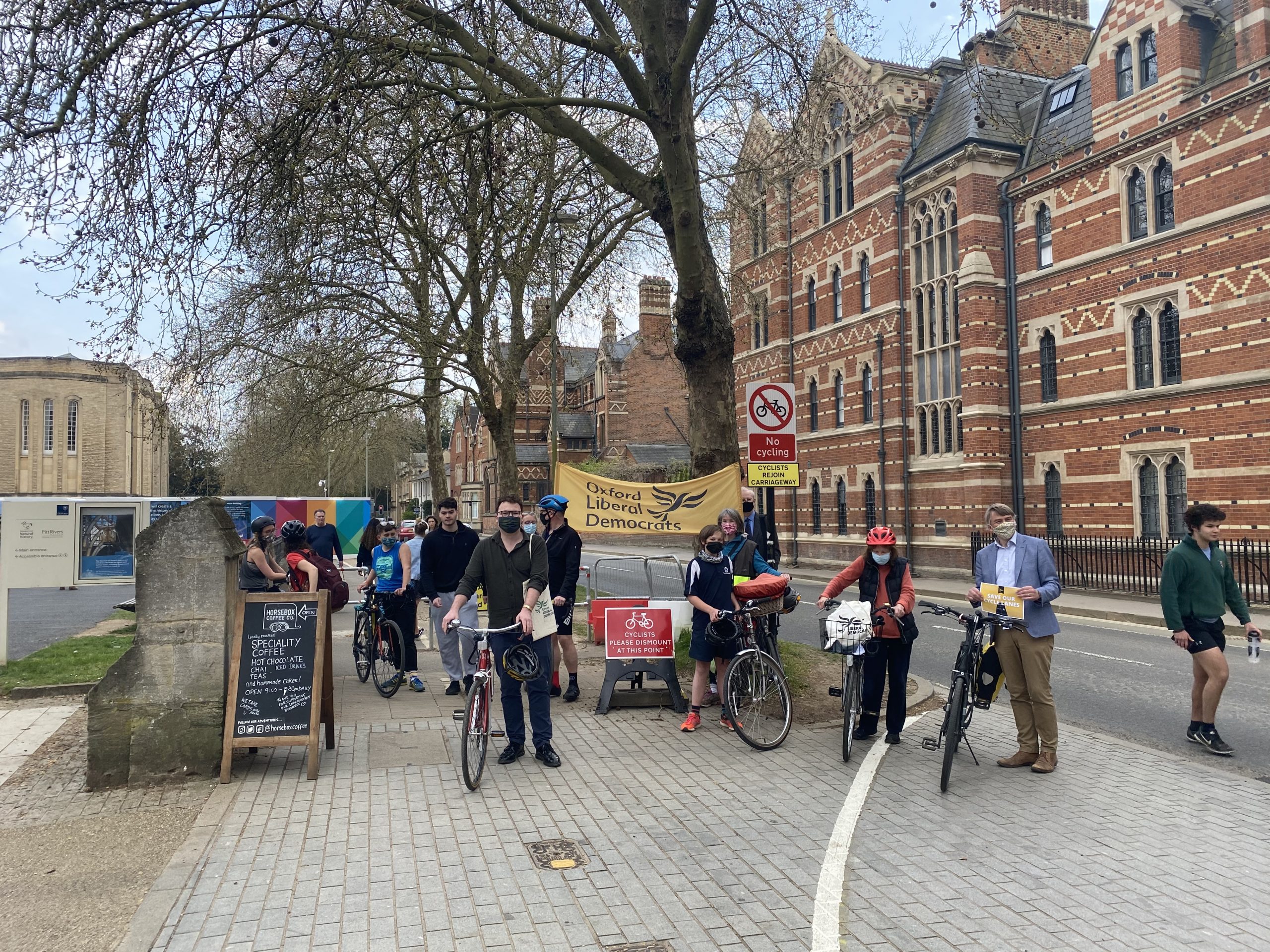 A protest was held on Tuesday, 20th April by a group of local cyclists and Liberal Democrat activists to oppose the temporary closure of a cycle path outside the Oxford University Museum of Natural History. The group feel that the closure of the path adds a greater element of risk to their journey along the road and wished to convey their opinion on this to the University and Oxford County Council.

The cycle path has been closed to allow for repair works on the two-storey basement under the Museum Lawn, along Parks Road. Temporary cycle barriers have been installed so that cyclists do not mix with pedestrians on the narrow path. Instead they are asked to dismount or divert onto the carriageway.

The organiser of the protest, James Cox, the Liberal Democrat candidate for University Parks told Cherwell: “We’ve had weeks if not months of this barrier being up on Parks Road…this was an active cycle path up to this point on a really dangerous road. We quite often just up the road see flowers and memorials for incidents that have happened here in the past.

“For the University and the County Council to be passing the blame to each other, not coming to a constructive solution, meaning that cyclists are having to drive straight into quite busy traffic a lot of the time, putting their safety and concerns at the bottom of the pile – it’s just unacceptable.”

In response to how he wanted the County Council to respond to the issues cyclists face in the city more generally, Mr Cox commented:

“It’s about ensuring there are facilities that make people feel cycling is safe and accessible to them, so having those cycle lanes separated from busy roads so that people don’t feel they’re taking their life into their hands every time they go out on their bikes

“It’s for us about improving cycling facilities, promoting cycling and active travel as a real alternative for getting around Oxford, and to protect cyclists when they’re out on the road or in segregated cycle lanes and putting the concerns and safety of cyclists much higher up the agenda than it has been”

Local cyclist Joanne Bowlt also added: “My biggest concern is the lack of priority given to cyclists and pedestrians…I feel this is the wrong way round and we ought to be looking at the priorities of road users the correct way – the way of the future: pedestrians, cyclists and then cars. That’s not what’s being demonstrated by a decision like this and on other junctions further up the same national cycle route

“Cyclists are just being pushed straight onto the road in front of traffic, plenty of children use this route to cycle to school and I think it’s incredibly dangerous. This was already a dangerous junction.

“The University is limited in what it can do, but there are options like opening a route through University Parks as a temporary trial option, given that they can’t keep this cycle route open. I appreciate this is a courtesy cycle route, but it is a national cycle route.”

“I have never really liked this part of the road here, it’s so much worse when you have to go onto the road because drivers don’t look…a lot of people just assume that it’s safe and they won’t look, and that’s when accidents happen.”

In response, a spokesperson for the University told Cherwell: “The change in the bike lanes is due to the redevelopment but it was done for cyclists’ safety and it is temporary and only live until December 2021.
“There has been a lot of communication about the changes – there are boards up to the north and south of the cycle way diversion that indicates the diversion as a temporary condition to enable the essential maintenance works.”
A spokesperson for the County Council also added: “Due to the nature of the work by Oxford University to repair and waterproof the two-storey basement beneath the Museum Lawn along Parks Road, it has not been possible to do anything other than stop cyclists from using this section of the footway/cycleway. It is too narrow to be safely shared by the high volume of cyclists and pedestrians that use it.

“The section is owned by Oxford University and leased by Oxfordshire County Council, but both parties have been working closely together to find a solution for cyclists who have to use the road while the work takes place.

“The suggestion to use University Parks as an alternative cycle route during this period would be a matter for Oxford University, as would the possibility of encouraging cyclists travelling from Parks Road to South Parks Road to follow the internal site access routes through the Science area campus. These options though do not cater for people wanting to cycle along Parks Road into the city centre.” 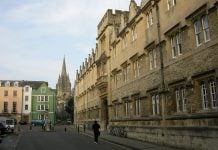 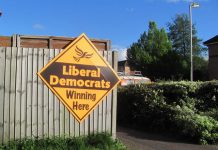