More than 80 UK universities have been named on Everyone’s Invited ‘rape culture’ website where students have been reporting accounts of sexual harassment, abuse, misogyny and assault. The website has collated nearly 15,000 anonymous accounts thus far and claims are now being extended to testimonies from university students. The data was released both to highlight the problem on campuses and expose sexual abuse in further education.

Receiving over 1000 new testimonies related to universities within a week, Everyone’s Invited has so far mentioned eighty-four institutions in total. Some universities are mentioned dozens of times, including around 50 mentions each for some elite universities. Oxford University (57 times) along with University of Exeter (65) and University College London (48) fall into this category. Seventeen UK universities have more than five mentions and 15 of these qualify as Russell Group universities – traditionally among the most prestigious in the country.

When asked to explain the correlation between elite universities and the increased number of mentions, Soma Sara, founder of the Everyone’s Invited website, said: “There are logical reasons for this bias. The platform is still new, and it has grown through word of mouth, with friends sharing it with friends. I went to a private school and then a university in London. As a result, we received an abundance of testimonies from certain areas and groups.”

A Russell Group spokesperson said “No student should feel unsafe or have to tolerate harassment or sexual misconduct in any circumstance. Our universities take this issue incredibly seriously and provide a range of support to help students feel supported and safe. Where a crime has been committed it should be reported to the police. The testimonies highlighted via the Everyone’s Invited website show the need for us all to take this issue seriously.”

A University of Exeter spokesperson has said: “The safety, security and wellbeing of our students is, and always will be, our primary concern”, adding that it had a “zero tolerance for sexual harassment, abuse or assault”. Similarly, a Leeds University spokesperson also spoke of a zero-tolerance approach. A University of Edinburgh statement said all complaints would be treated seriously and with sensitivity. Oxford University are yet to provide a statement in response to the institution’s several mentions on the website. 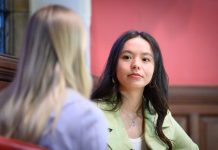 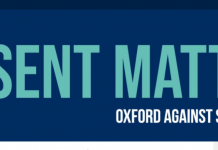 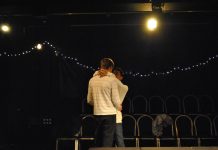 Beautiful Thing review – ‘Ruckus Productions has certainly made some noise’