Lana Del Rey’s seventh album, Chemtrails Over The Country Club, suggests a new sense of assuredness in the singer and builds on some of her favourite themes – nostalgia, exhaustion with fame, delicate femininity and, of course, America.

Chemtrails leans even more deeply into the 70s feel of her previous album, Norman F*cking Rockwell! but is distinctly more folk in feel and production than any of her previous work. The tracks are filled with trailing high notes and soft synth beats, both of which often seem to simply dissolve into the song. The bridge of track eight, ‘Yosemite’, evokes an even more bygone era, mentioning a 40s film and ‘television static’ – which is mirrored by Del Rey’s voice suddenly sounding echoey and slightly crackly, as though being recorded on old equipment.

Almost as if mocking the controversy she faced after her infamous ‘Question for the culture’ Instagram post where she complained of being ‘slated’ for being her ‘authentic, delicate’ self, Lana Del Rey opens her latest album testing the limits of her feathery soprano in ‘White Dress’, reminiscing about a time before fame when she was just ‘a waitress wearing a tight dress’. This nostalgia is linked to her dissatisfaction with fame, especially in the sixth track, ‘Dark But Just A Game’, which has a particular focus on the latter: Del Rey sings ‘I was a pretty little thing and God, I loved to sing/But nothing came from either one but pain’. Track ten, ‘Dance Til We Die’, offers a sort of solidarity between women in music who have experienced the same fame rollercoaster as Del Rey herself. The track contains some not-so-original lines, such as describing herself as ‘burdened by the weight of fame’, but opens with references to some of her female inspirations, including two folk singers who were particularly influential to this album. The final track on Chemtrails is actually a cover of Joni Mitchell’s song ‘For Free’ – a sort of lament on a career-orientation consuming perhaps purer artistic motives in creating music. Lana Del Rey has evidently not ceased her soul-searching and may still be contemplating her retirement from the music industry.

“she walks this peculiar line of being both stronger and more self-assured but within that, being more unapologetically delicate and sentimental.”

But Chemtrails presents a Lana Del Rey more sure of herself as an artist and a public persona than in previous albums. She revisits an image used in previous albums, but describes herself now as not being a wavering ‘candle in the wind’; throughout the album, she walks this peculiar line of being both stronger and more self-assured but within that, being more unapologetically delicate and sentimental. In a duet co-written and performed with Nikki Lane, lyrics reference Tammy Wynette who is best known for her hit song ‘Stand By Your Man’. This song lauds the same kind of dated woman-as-refuge-of-man supporting character role that Lana Del Rey has been accused of celebrating, and which she seems to have evoked some of the spirit of in ‘Let Me Love You Like A Woman’ where Del Rey sings ‘Let me love you like a woman/let me hold you like a baby’.

A love of her country is usually present in her albums, and Chemtrails is no exception. The geography of her music once again reflects her own moves (after early songs like ‘Brooklyn Baby’ coming from her New York days and Norman F*cking Rockwell! focusing heavily on California after she moved to Los Angeles). Lana Del Rey has been spending time in the Midwest, and this also helped to prompt her shift towards country and folk sounds in this album. She sings with her typical, almost saccharine relish for Americana of ‘suburbia, the ‘Louisiana two-step’, ‘getting high in the parking lot’ and, of course, the ‘white picket chemtrails over the country club’.

Fans of Lana Del Rey will have nothing to complain about (except perhaps it being a few songs shorter than her other recent albums), and those who have yet to come around to her music might find this slightly different sound more to their tastes. I personally have always been a far more casual than committed Lana Del Rey fan, but if any album could, Chemtrails Over The Country Club might be the one to change that. 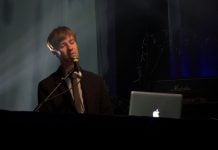