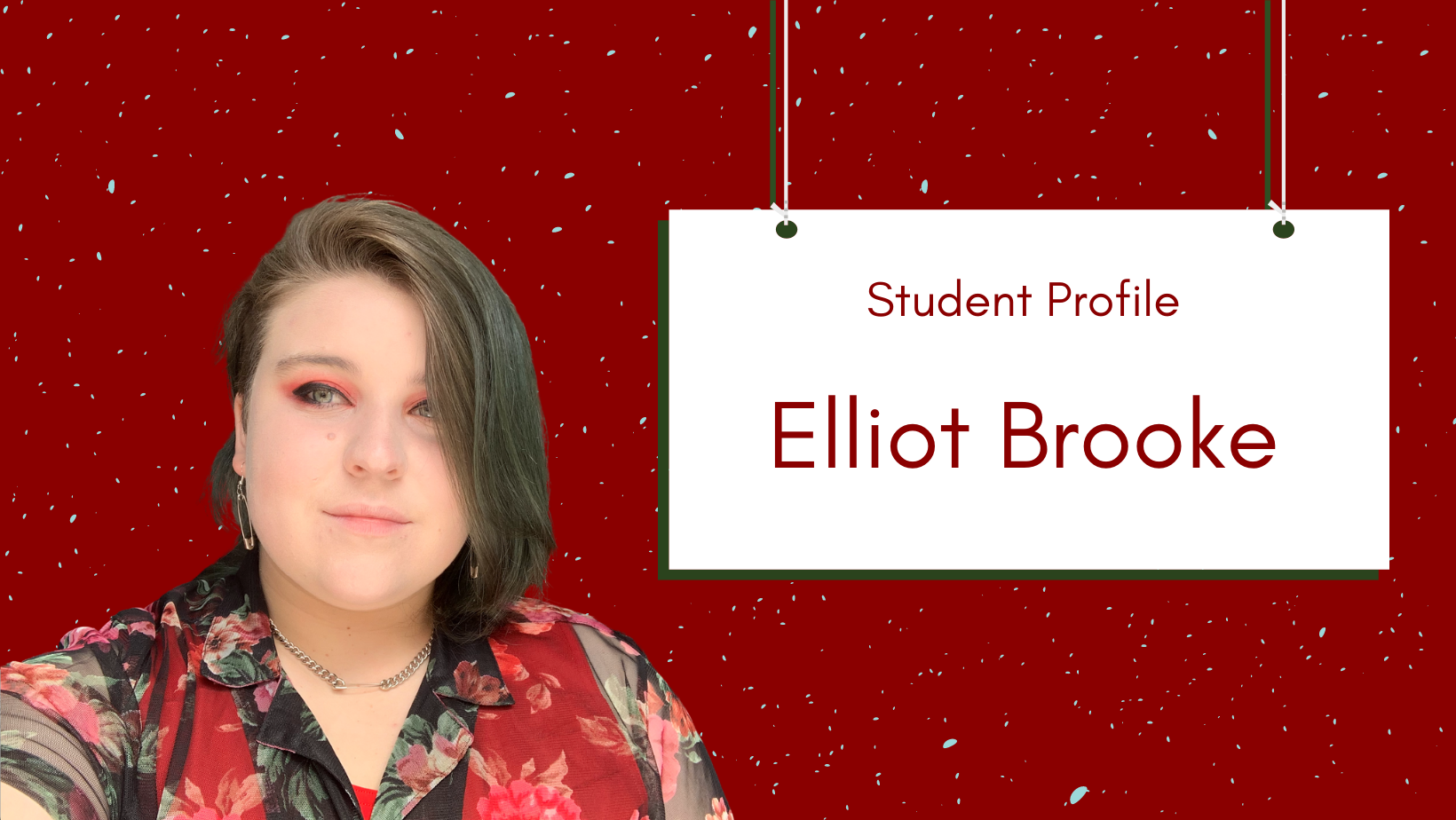 I log onto a zoom call to be greeted by an array of colours: placards from protests cascade down the walls, various rainbow objects litter the room, and a vase of flowers stand in front of a trans flag with the words ‘We Will Not Be Erased’. I can tell this is the room of an activist.

Elliot Brooke is a second year History Student at St Hilda’s College, who spends his spare time campaigning for improvements in trans rights across the University through his roles as Transgender Representative for LGTBQ+ Society annd Co-Chair of LGBTQ+ Campaign. For someone who has spent more time at home than at university, he has accomplished a lot – he laughs as he tells me that he came back to Oxford last year after being away due to personal circumstances throughout Hilary, to suddenly be told that he would be doing another term from home due to a global pandemic. Yet, coming back to Oxford in Michaelmas Term of this year he was quick to launch straight into projects that had been brewing over lockdown.

Many people will remember his own trans flag being hung across the RadCam railings with two panels alongside displaying 242 names of trans victims of violence in 2020. It became a place for the trans community to come together to grieve, as well as demonstrate their love and sense of community. I inquired about Elliot’s inspiration for this memorial: “Anti-trans violence is such a huge problem still, especially beyond this country, and the victims who may otherwise be forgotten deserve to be remembered. I played around with a few different ideas on how to do it, but in the end the panels made most sense and ensured the names of those we lost were displayed clearly, which I feel is important. After settling on that, it was just a matter of persuading a group of mates to help duct tape everything together and drag it all down to the radcam at five in the morning”, he chuckles.

I ask him further about the decision to locate this memorial at the RadCam: “Radcliffe square gets a huge amount of foot traffic so i knew it would be a place where the memorial would get seen by a lot of people, and so raise a lot of awareness for TDOR and the wider issue of anti-trans violence. It was also an outdoor space large enough that if LGBTQ+ individuals wanted to come and spend some time mourning and reflecting, they could without worrying about Covid.”

He takes a deep breath before continuing, reflecting on the memorial as a statement as well: “Over the past couple of years, there have been a lot of instances within the university that have contributed to creating an alienating and unwelcoming environment for it’s trans, non-binary and gender non-conforming members. I think for a lot of people, there was something very empowering about seeing the trans flag hanging outside the radcam, a building so iconic and so strongly associated with oxford. It was about asserting our right to be here and be seen.”

This was one of his first projects that he did under LGBTQ+ Campaigns, a group he became involved with during his Second Year: “I’ve had a really mixed bag of experiences throughout the past couple of years around being trans at oxford,” he tells me, “loads of people have been absolutely fantastic about it, which was a really pleasant surprise, and I am so grateful to have found an amazing group of queer friends who are just fantastic. But there were also a few incidents and individuals who made things really difficult, which led to my mental health being really negatively impacted. Over the summer of 2020, I gave a speech about this at the London Trans Rights Protest in July, and the positive reaction and support I got from speaking out about my experiences was incredible, and encouraged me to look more into how I could personally get involved in work to try and improve the experience of Oxford’s LGBTQ+ members – which is when someone suggested joining campaign to me!”

Now he is Co-Chair of the LGBTQ+ Campaign alongside Tori Mangan. When inquiring about the workload, he admits it is a lot of work and that he feels “sometimes it’s easy to forget that students in volunteer roles are also still students who have a whole degree to do on top of the work we’re trying to accomplish within campaigns.” Yet, for him it’s an experience he wouldn’t miss: “it’s been a really incredible opportunity that I’m so grateful to have – I’ve been able to work with departments on developing their equality policies, attend national conferences, and work in smaller ways to try and improve the situation for LGBTQ+ students in the university, and that is a really rewarding position to be in.”

Due to his various roles, it is clear he is fast becoming an expert on the issues facing trans students within Oxford, so I ask him where he feels that trans activism needs to go in the future. He takes a moment before carefully continuing, “I think there is still a very serious issue surrounding the lack of adequate welfare provisions and safeguarding measures for transgender, non-binary and gender non-conforming students within the university. The 2018 trans report revealed just how dire the situation was regarding trans individuals in the university, and unfortunately my confidence that these statistics have improved over the past three years is low. Activism and welfare are, when it comes to trans issues especially, often inextricably linked together; our very existence is constantly politicised, and therefore activism becomes an incredibly important tool in pushing for our basic rights to safety, privacy and comfort to be met. We’ve still got quite a long way to go before we can say that goal has been met.”

When I ask him what is one thing he wishes people knew about campaigns, he smiles: “I wish people knew how keen we are to connect more with the wider student body. I know there’s a general feeling that the SU doesn’t really do a lot, and I can understand how sometimes it can feel very far removed – especially since the collegiate nature of Oxford means the SU can sometimes play a less significant role in our day to day life than it might at other universities. However, having worked with the SU for coming up on sixth months now, it’s been really enlightening to see how many resources they have available that are simply not known about, and how helpful they can be in resolving issues students are encountering. We really are happy to help in whatever way we can, and are always interested in hearing your issues and ideas, and supporting any projects you might want to carry out.”

As the interview comes to its conclusion, the final question I have is “what role can other students have in continuing to support in order to support the work that you do?” Elliot eagerly states “the absolute best way people can support the work we do is by continuing it themselves. From small acts, such as adding your pronouns to your email signature and asking others to do the same, and challenging people when you hear anti-LGBTQ+ rhetoric to take the burden off your LGBTQ+ peers, to bigger things like setting up a Gender Expression Fund in your college and actively getting involved in queer activist efforts in Oxford. We’re currently looking to fill some campaign positions, so if you are interested in getting more involved, feel free to reach out to us!” 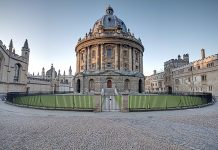 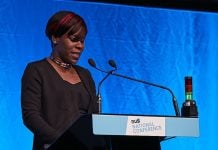 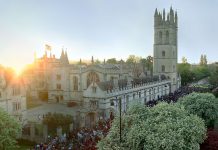 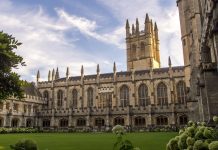