Oxford Professor Peter Edwards has joined the Global Warming Policy Foundation, a group accused of climate change denial. Peter Edwards is a Professor of Inorganic Chemistry and a fellow of St. Catherine’s College, Oxford. The Global Warming Policy Foundation (GWPF), launched by Lord Lawson and Dr Benny Peiser in 2009, is a group that “while open-minded on the contested science of global warming, is deeply concerned about the costs and other implications of many of the policies currently being advocated.”

The GWPF claims to have no official or shared view about the science of global warming, but states that “our members and supporters cover a broad range of different views, from the Intergovernmental Panel on Climate Change position through agnosticism to outright scepticism.” The group’s main focus is to “analyse global warming policies and their economic and other implications.”

Professor Peter Edwards has researched high-temperature superconductivity, the electronic properties of metal nanoparticles, the metal-insulator transition and hydrogen storage and CO2 utilisation technologies. He is also the Co-Founder of the King Abdulaziz City of Science and Technology–Oxford Centre for Petrochemical Research (KOPRC), the UK Sustainable Hydrogen Energy Consortium and was the UK Representative in the Kyoto International Partnership for Hydrogen and Fuel Cells in the Economy forum on Future Hydrogen Energy. The professor has also had close collaborations with Sir John Houghton, who won the 2007 Nobel Peace Prize on behalf of the Intergovernmental Panel on Climate Change (IPCC) together with Al Gore.

The Oxford Climate Justice Campaign stated to Cherwell regarding Professor Edwards’ appointment: “It is disappointing to see the solutions needed to tackle climate change being undermined by Oxford academics. Fossil fuel companies have already wreaked destruction, both on a large scale as the main contributors to the climate emergency, and on a more local scale in communities (usually marginalised and racialised) where extractive goals are prioritised over human rights. The transition to renewables will not be easy. But it is possible; and for the sake of people who will lose their livelihoods to climate change, transitioning to renewables as fast as possible is the only ethical option.”

“With Carbon Capture and storage technology still at an early and expensive stage, the only hope is to accelerate the transition away from fossil fuels in the coming few years. Moreover, as a climate justice group we regard the severance of ties with the fossil fuel industry as a moral as well as a practical imperative. Indigenous peoples, communities of colour, and nations in the Global South have been irredeemably abused by fossil fuel companies, and to show solidarity with them we must separate ourselves from the perpetrators. Our atmosphere is like an overflowing bathtub, with carbon emissions flowing out of the tap. It is illogical to keep mopping up the water (using Carbon Capture and Storage) instead of turning off the tap (leaving fossil fuels in the ground).”

On the appointment of Professor Edwards, the spokesperson for the group said: “This appointment flags up a contradiction in our University’s ethics. On the one hand, Oxford’s recent efforts towards sustainability have been commendable (including the 2020 Congregation vote for partial divestment from fossil fuels, and the new Sustainability Strategy). On the other hand, as long as Oxford receives money from the fossil fuel industry it raises the question of whether academics like Edwards are incentivised to defend the fossil fuel industry due to the money their departments receive from these companies.”

“We believe that our recent report demonstrates this same contradiction: though the University is making strides in sustainability, it is yet to understand and embed the values of climate justice. As an international institution, Oxford needs to show care for those suffering from the effects of climate change and from the human rights violations of the fossil fuel industry. This can only be done through a complete severance from the fossil fuel industry.”

In response, Professor Edwards said to Cherwell: “The Haber – Bosch process alone is said to feed approximately 40% of the global population. Whatever their faults – and I am acutely aware of them – we simply cannot stop using fossil fuels; at best we will have to transition from them. The International Energy Agency itself now projects that 70-75% of global energy consumption in 2040 will be met by fossil fuels (recall, this was circa 85% in 2020). If we were immediately to stop all fossil fuel use, how many of the earth’s population of nearly 8 billion people would we be likely to support ? One estimate is 2 billion people. The challenge we/your readers have to face is that fossil fuels underpin everything we take for granted – even the crops to feed that gigantic population. Boycotting or divesting from the fossil fuel sector is a complex matter as I tried to point out in the case of our own links with the King Abdulaziz City for Science and Technology.”

“I do not believe that the level and scale integration of renewables – wind and solar generation – onto the grid is  feasible from either a technological or a socio-political viewpoint.  Wind and solar energy are not ‘dispatchable’ meaning they cannot be summoned onto the network when needed . Intermittent renewable generation cannot be called upon exactly when required…society requires uninterrupted or nearly uninterrupted access to electricity . With the hope that ‘Green Electricity’ will fulfil all of our needs , the load on the grid will surely need to double in scale.

“I raise this as I have no doubt that the consumer will have to pay for such attempts and this will affect disproportionately  the poor and most vulnerable in our society.  I know from my own extended family- some living in hugely-disadvantaged areas in the North West that this is of grave concern to them. They are not the people who can afford to buy a Tesla and recharge on their own driveways!”

The Professor also noted that he receives no funding or fees from his association with GWPF.

A spokesperson for the GWPF told Cherwell: “To call the GWPF a ‘climate-denying think tank’ is both a deliberate smear and untrue. The GWPF does not have a collective or official position on climate science.”

“Moreover, for most of our publications we invite external reviews from experts who we expect to take a different view to the publication’s author. We offer to publish any substantive comments or criticism alongside our main publications. In this way, we intend to encourage open and active debate on the important areas in which we work, primarily on climate policy.”

“This explicit diversity of opinion and our willingness to raise critical questions is one of the reasons why eminent scientists like Professor Peter Edwards and Professor Peter Dobson have recently joined the GWPF.”

In response to this, the OCJC stated:  “OCJC relies on the expert opinion of reputable researchers when labelling companies and organisations. If GWPF have an issue with how we have labelled them they should take that up with those professionally qualified to identify climate denial.” 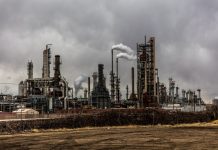 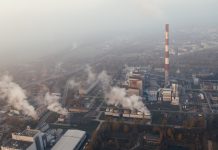 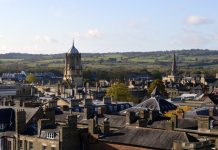 Air pollution rises in Oxford for the first time since 2011 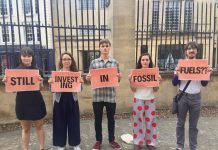