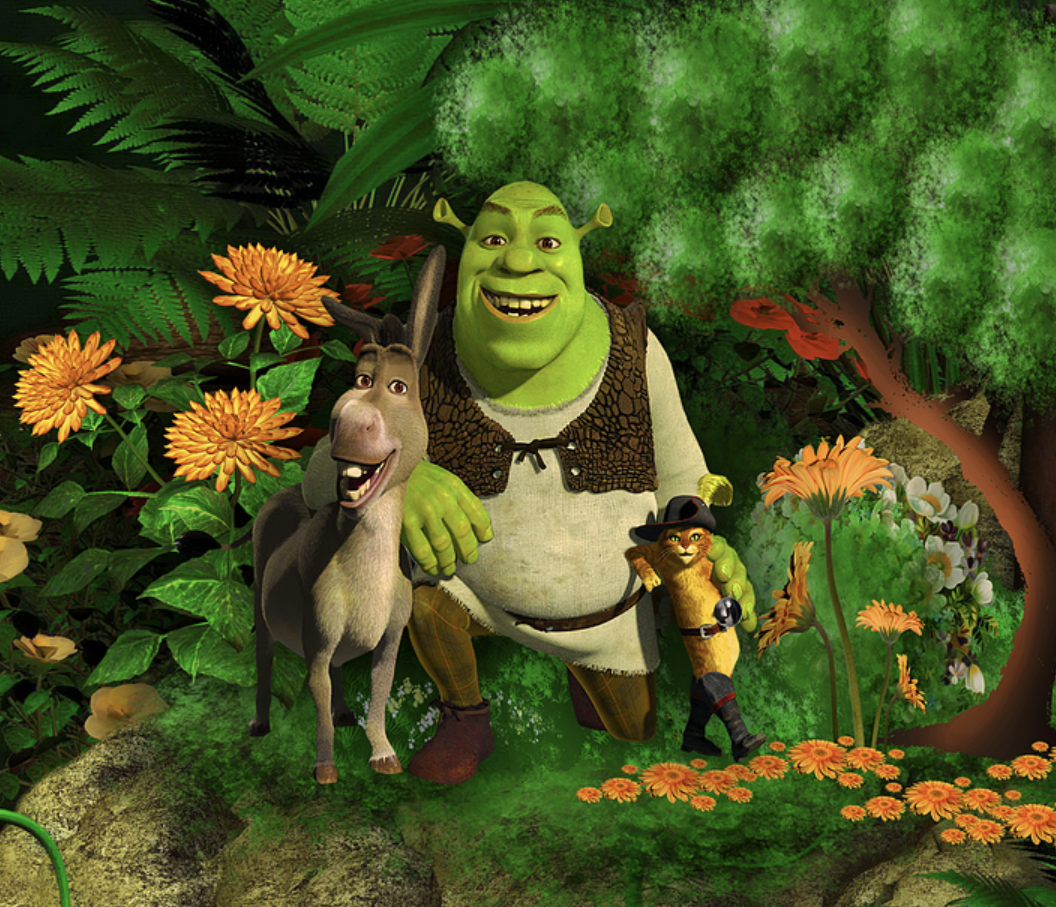 I watched Shrek for the first time when I was two years old. It quickly became a daily habit: my parents would plonk me down in front of the TV for a 1-hour-35-minute break from my nightmarish presence, only to be subjected to me screeching alongside Fiona, trying to hit that high note and waiting for the bird on screen to pop. Soon after, two Shrek and Donkey figurines in a toy shop caught my eye and I grabbed them with an iron grasp; an arduous ‘Terrible Two’ tantrum later, my mum passed me over the counter to scan the toys while still in my screwed-up fists. Aged ten, I became addicted to the DS game incarnation of the film  in  Shrek captured my imagination as a child and hasn’t ceased to since.

Where do I even begin? Firstly, the soundtrack of every film is spectacular. From Smash Mouth’s ‘All Star’ and ‘I’m a Believer’, to the original ‘Fairy Godmother Song’, performed by the glorious diva herself in Shrek 2 (the best of the series – an indisputable fact), the soundtrack still accompanies my day to day life, from when I’m Livin’ la Vida Loca to strolling through the Funkytown that is Oxford.

Shrek has grown up alongside me but has aged better than I have. The generation who first watched the film are now our best meme-creators and its resurrection in meme form has not disappointed. Shrek’s good name may have been defaced in recent years by a certain YouTube video (I don’t think I need to elaborate) but I refuse to let this taint the joy the franchise has brought me over the years. The films themselves are as funny, if not funnier, to an adult audience, too – Shrek famously implies that Lord Farquard might be ‘compensating for something’ with his enormous castle… The films are timeless in every way.

Twenty years on, no animated film has come close to pushing the boundaries of the classic fairy-tale model in the same wayThe beautiful princess decides to become an ogre so she can choose who she loves and keep living like the feminist hero she really is, rather than be forced to marry a prince; the male lead is superficially ugly and guarded, but has a heart of gold beneath each oniony layer. The other fairy-tale creatures, too, each have their own moving storyline – from socially awkward Pinocchio to womaniser Puss in Boots, the film’s reimagining of such recognisable figures gave them a new lease of life for this century.

Donkey gets his own paragraph: he wins the title of Best Character, hands down. Donkey is loveable and affectionate, a loyal sidekick and the waffle-making friend we all wish we had. Voiced by the inimitable Eddie Murphy (the most iconic among the star-studded cast, featuring Mike Myers and Cameron Diaz), Donkey won all our hearts from his first touching lament of loneliness: ‘I’m all alone, there’s no one here beside me.’ We have all felt like Donkey, and when he finds love in the most unlikely of forms (the evil dragon, who is also allowed a redemptive arc), we can only celebrate (if we ignore the dubious inter-animal relationship).

The lessons offered are clear: sometimes the knight in shining armour is an ogre, and Happy Ever After endings come in all forms; love can be found anywhere if you are open to its possibilities, and the best friendships keep you going through all manner of trials and tribulations. Shrek’s ability to provide hope in the darkness while never losing its humour is the reason it will forever stay in my heart.