CherwellIndependent since 1920.
Culture The Source Stalked by a bear at high table 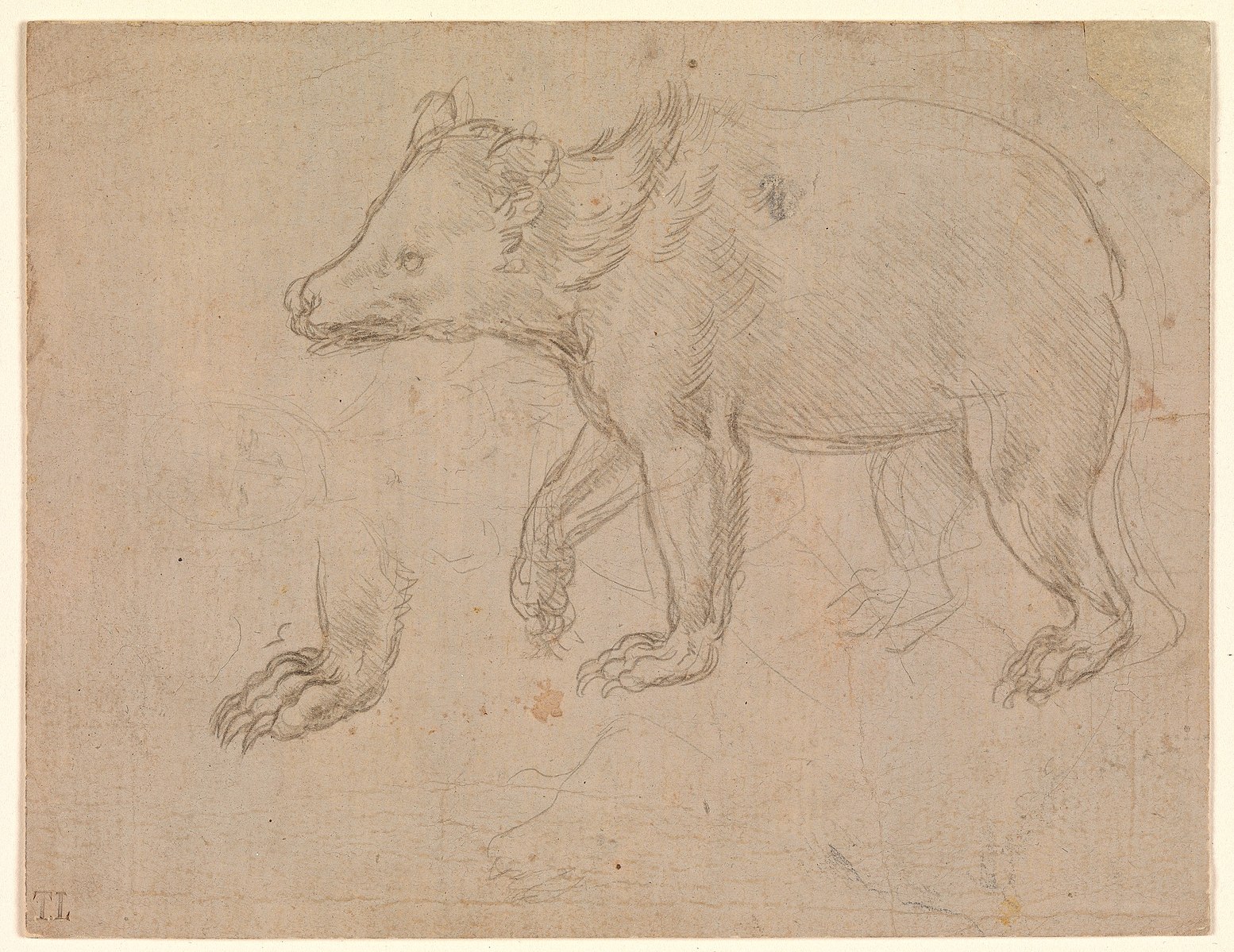 The woman put her little name card in front of T.

‘That’s who I am,’ said the woman. i do not know who that is

T could feel the bear’s eyes on her. Watching her every move. She knew if she turned around she’d  be able to see its small beady eyes staring from the corner of the hall, perhaps flickering in the  candlelight, oblivious to the hum drum surround sound. With this in mind, she nodded, forced her  most agreeable smile, and tried to think of something to say that might catch-all –

Not the words that T had intended to come out of her mouth, but the words that were spoken  nonetheless. The murmur of chatter in the great hall behind her seemed to expand and poke into  her ears like cotton swabs. The dark wood-panelled walls, once comforting in their robust oldness,  now appeared to T as the boundaries of a giant sarcophagus. She became painfully aware of her  chapped lips and licked them but – oh no – she had lipstick o

‘I write books. I write books and millions of people buy them and that’s how I make my money,’ said  the woman.

T had already forgotten the woman’s name. In fact, she’d barely heard this last line due – in  particular – to her increasing paranoia about the bear. In a bid to end the conversation as quickly as  possible she turned back to the food on her plate. Unfortunately, the solace she sought could not be  found: it was foie gras. T had never had foie gras before and the brief encounter she was currently  having was making her glad she hadn’t.

Like a small child, she pushed it around with her fork. the wrong fork, no doubt, i should  have used the one on the inside

‘Where are you from?’ the question came from front and centre, and she looked up to see the  middle-aged man opposite staring at her in anticipation. He had dark grey hair, long and ratty, and  looked, perhaps, like the kind of man you would see in a film: a face full of angles and bones. His  voice was well-rounded. It sounded expensive.

T would have welcomed this intrusion on her silence had it come from a milder or more pleasant  source.

‘What do you do, then.’ His voice adopted a slightly sharper tone in response to T’s deflection.  ‘I don’t really do anything. I’m a student,’ she said. can you not feel the bear?

The man on her other side – the older man, his suit too small though it still looked nice, the one who  had had his back to her for the entire meal so far – elbowed her in the ribs.

‘What do you mean you don’t do anything? You’re at Oxford. The best university in the world.  People would kill for what you have.’

i cannot tell you what i do, who i am, because you will look at me like i am an injured puppy ‘I spend most of my time in the library. It’s quite boring, really.’ that’s it. sell yourself She smiled thinly at the waitress as she whisked away T’s embarrassingly full plate.

But he was deep in conversation, speaking in hushed tones, talking about Important Things.

She’d known, before, she’d never be able to use this dinner to network – whatever that means – but  she thought maybe she’d have a conversation, a chat, make an impression. Use whatever status she  had managed to gain from being a student at this university to elevate her beyond her past, beyond  her station, towards something Better,

‘Well why on earth are you here?’ said the man. It came out like a bark.

i am not supposed to be here

‘I was invited, I said I liked his work, I do like his work, so they said I could come along. It’s funny – ‘  she turned around briefly to face the rest of the hall, to see the rows of tables full with students in  their Friday finest, and though she ran her eyes over almost every face (almost every face – she  aggressively avoided the bear’s) she couldn’t seem to find the little pocket where her friends were  sat – ‘my friends are down there somewhere and I’m up here.’

The man smiled then, but only because he understood that he was supposed to. She looked at his  face, at his cheekbones, at his grey hair resting in curtains,

he is speaking to me in latin, whispering of dulwich and harrow and  charterhouse, of formal dinners and   High Tables and

T felt the bear sniff the back of her neck.

She tried desperately to put any memories of that dinner into a 6ft grave in the week that followed.

The burning shame of it had only solidified when the man who’d invited her did not smile back when  she had bumped into him on the Monday.

i was not good enough. i missed something

As well as the shame, a sense of frustration and guilt jostled for space in her ribcage, each  periodically rearing their head only to be torn down by another like clockwork. Every time she  remembered the excuse she’d given for leaving early – the hurried ‘I promised I’d be elsewhere…’  with her eyes pinned on the man’s shiny cufflinks on his tailored suit – embarrassment briefly  appeared, punching right up to her cheeks,

‘You don’t need to feel embarrassed.’ well i fucking do okay i do ‘Yeah, I know.’

Her mum’s crackly voice on the other end of the phone, ever trying to cheer her up, ever saying the  wrong thing,

‘What was her name again?’

T told her the woman’s name, having spent time staring at the name card after all conversation had  ceased.

‘No idea. No idea who that is. Very odd. She said millions?’

‘Millions. I wasn’t sure what to say.’ i was worried about the bear ‘What did you say?’

‘I didn’t say anything.’

‘Did you get to talk to the writer? What was his name?’

‘Why?’ i did not know how, i did not know what was going ‘He was busy. He was talking to someone else.’ on i had never sat at an elevated table before ‘You could have talked to him. I’m sure he wouldn’t have minded.’

‘I just didn’t… the vibe was off. It was odd. I don’t know.’ it is hard to talk when you are being  stalked by a bear ‘Oh. Oh dear. Well. At least you were there. That is a little rebellion all in itself.’ no it was not

A full week after the dinner-that-shall-not-be-named, T found herself in the great hall again. Sat in  the little pocket with her friends she had so desperately tried to find when she had sat at High Table.  And though she did not feel stalked – the hair-raising sensation of the bear’s eyes resting on the  back of her head had disappeared – she could still feel it’s presence, sloping around the hall, padding  up the steps to the platform where the High Table stood. Guarding it’s territory.

that is a little rebellion all in itself no, no it was not

Perhaps her mere presence in that space, that space not meant for her, perhaps that was a rebellion  all in itself even though it had felt like a sick joke. Perhaps she did not know what a rebellion was.  Was it accepting an invitation, a permittance? Was it being allowed to be somewhere, being asked,  being let-in? Was it no, no I won’t tell you, I won’t tell you who I am, I won’t tell you what I do, because I don’t want you to look at me with commiserations – although perhaps she had lost  already, a birth lottery, perhaps those looks would be apt – was it I promised I’d be elsewhere?

Where before the mix of shame and embarrassment and frustration and guilt had made her sick,  had made her lame, had injured her, it now made her angry. Her eyes were fixed on the High Table  candelabras, the delicate metal, fixed on the free-flowing upper-tier wine, fixed on the nice suits and  nice dresses and nice shoes, fixed on the class and poise and design of it all –

which bit of it had been a rebellion?

T thought as she began walking towards the High Table.

None of them seemed to notice the bear. They were deep in their conversations, shrouded in the  candlelight, their presence casting long shadows on the walls of the sarcophagus behind them.

i want them to see me

When she reached the raised platform she cleared a small space at the end of the long, thin table, politely whispered ‘excuse me’ to the nondescript man whose plate she was moving, and shuffled

The nondescript man muttered, much to his own amusement, asking whether she was looking

i do not say anything. all it is, is that i am on the table.

one of the kitchen staff grapples at my legs but i am holding fast.

this is a rebellion, this is a mute insurgency of one!

this is a rebellion!

You can’t rebel against a bear!

Watch out for the BEAR –

And the bear’s jaws came down on T’s head.

Surprisingly, she felt alright. It was warm, and damp, and smelt a bit like fish, but ultimately, it was  alright. She waited calmly for the bear’s teeth to crush her ribs and burst her lungs, but it didn’t  come. Instead, she stared down the bear’s throat into a black abyss. It was as featureless as a cloudy  night sky.

Sitting there, now, in that dark chasm, she realised she had inadvertently fed the

bear.  That bear. Always that bear.

perhaps next time i will kill the bear

next time i will kill it. 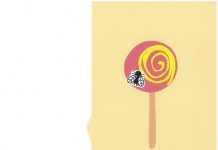 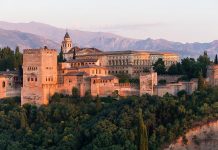 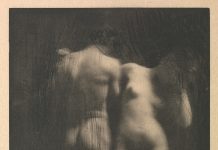 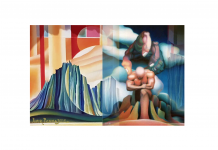 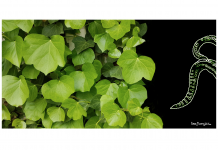 A Worm on What If