As the rest of Europe hold their nerves in for the start of the Euros knockout stages this Saturday, Oxford are looking for revenge after two long-awaited years in the Varsity matches against Cambridge, with 2020’s matches being cancelled due to Covid-19. Cambridge will be coming to Oxford, playing at Court Place Farm, the home of Oxford City Football Club. For the first time ever, both the men and women’s team will be playing under one logo, and will head into the Varsity matches being governed by a single president, Alessandra David, with this change to the club’s structure having been made in 2020. Team members from both squads will also be awarded with a Full Blue. Although 2019 saw the men’s Blues lose on penalties and the women’s team lose 3-1, Ben Putland, the captain of the men’s Blues, emphasised the need for focus ahead of Varsity: “It doesn’t matter what has happened previously; if you win the Varsity you know it’s been a good season. Everything we have done has been in preparation and there’s a buzz of excitement around the squad which is exactly what you want going into a game like this. It’s now about remaining calm and focussed but we are confident we can bring the C.B. Fry trophy home to Oxford and join the storied list of past varsity winners.”

While the season has been disrupted due to multiple lockdowns and exams, the women’s Blues have busied themselves with various fixtures, beating Oxford United U21 (3-1), Long Crendon FC (1-0), and Oxford Brookes (5-2). The women’s team then went on to beat Brookes once again in the annual Brookes Varsity match, with a 3-0 win. The men’s team have also had various successful results, winning against Marston Saints (12-0), Oxford City U18s (4-1), and Oxford City U23s (5-2). Jake Duxbury, who will be playing in his first ever Varsity match against Cambridge, elaborated on just how difficult it has been to prepare for a summer Varsity fixture: “Perhaps the toughest thing to overcome has been the heat! The intensity with which we train and play has meant that recovery times have been longer and injuries more frequent than normal. That being said, we’ve had a great term and everyone in the squad is coming into the match feeling sharp and refreshed.”

Both the men’s and women’s teams boast multiple individual accolades within their squads. Playing for the men’s Blues will be the recent Norwich City Academy graduate, Alfie Cicale, and a former Welsh Premier Division player and two-time USASA National Cup champion, Alexander Rickett. Playing in the women’s team, on the other hand, will be a Portugues Women’s U21 national team player and a player for the 2019 Academic All-American first team.

While players from both Blues teams surely follow a lot of football in their spare time, Madeleine Kowalenko, who will also be playing in her first ever Varsity for the Dark Blues, said that her sports role model is the tennis player Ash Barty. She added: “I love her wholistic approach to sport and the way she is so mentally strong. I think she is really consistent as a player but also brings some flare- I hope I can emulate that kind of play as a midfielder in football.” Jake Duxbury, on the other hand, talked about some of his stranger pre-match rituals: “I always carry around some ‘lucky’ pebbles in my kit bag that my girlfriend gave to me on holiday. I don’t necessarily get them out or look at them each game, but I know that they’re in there somewhere! I’m also very particular about the order in which I put on my kit – shorts, left sock, right sock, shirt at the very last moment before going out.”

This year’s Varsity will be the first match played since the passing of OUAFC former “coach and friend of 20 years”, Mickey Lewis. Mickey Lewis coached the Oxford Dark Blues and Oxford United and Oxford City’s youth teams, while also leading the Velocity Football Programme. OUAFC stated that other than being “well-known for his brilliant coaching”, Mickey was better known for his “kind, generous, and funny character that made spending time with him the highlight of our week”. He was also “quite the specialist” when it came to playing Cambridge, only losing 3 Varsity matches inside 90 minutes. His legacy will be honoured with a minute’s applause before kick off, and a Blues blazer will be presented to his wife and to his son, who will also be joining the Blues as a mascot together with his Stonesfield Strikers U9s team. OUAFC recently played a memorial game against Stonesfield Strikers U9s team, conceding in the last minute of extra time to lose 13-12. There will also be a fixed tribute to Mickey placed at Iffley Road Sports Centre.  The club internally raised £15,000 for the Mickey Lewis Memorial Fund as part of a wider fundraising effort with local clubs Oxford City, Oxford UTD and Stonesfield. 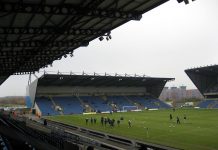 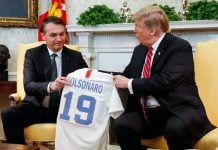