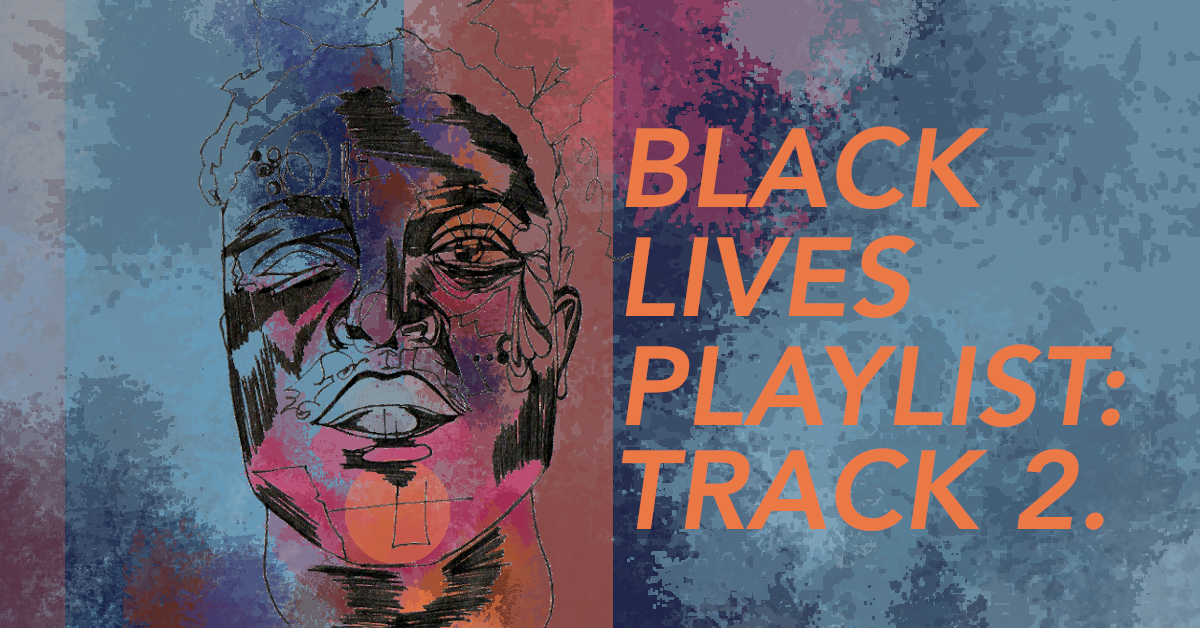 A couple of hours before watching Track 2, I saw a friend’s Instagram story pointing out the comments on a post from the official 10 Downing Street account. The post celebrated the ‘extraordinary contribution of LGBT’ people to Britain, but the comments were full of the kind of vitriolic homophobia that it’s hard to believe still exists in public spaces. It is this kind of hate, as well as the prevalence of outright racism, especially in online spheres, that makes projects like the Black Lives Playlist essential.

Track 2 is, primarily, a monologue about the experience of being Black and gay. It centres around The Speaker’s complex inner turmoil between shame and pride in his sexuality. Whilst we may now fortunately live in a world where homosexuality is far more accepted, this play serves as an important reminder that prejudice still very much exists in our society,and that microagressions can have serious consequences especially where marginalised identities intersect.

In spite of this, Track 2 never feels like a PSA about homophobia or racism. Instead, its character-driven nature is relatable to anyone who has ever felt out of place at a family party; anyone who’s questioned what they really want from life; anyone who’s kissed someone they didn’t really like and regretted it; anyone who’s looked at themself in the mirror mid-breakdown and thought, actually, they look kind of hot. This is the play’s greatest strength: writer Sam Spencer manages to both convey a very specific life experience and connect with universal feelings of anxiety and difference.

The Speaker tells us about a day spent visiting his sister’s boyfriend’s family for the first time – an experience that sparks complex emotions and difficult memories. This central narrative introduces us to the story of his ex-boyfriend, and a rendez-vous with a man from the gay hook-up app Grindr who asks The Speaker some difficult questions. Each of these narrative strands ties together cohesively. Credit must go to Spencer for creating a plot that plays out in such a satisfying manner, and to director James Newbery and assistant-director Grace Olusola for translating it onto the stage so effortlessly.

The different visions of the show’s team work flawlessly together. With one-person shows, especially those performed and directed by different people, it’s easy for conflicting creative visions to come across in the finished product, but no such issue exists here. The use of music adds to the piece brilliantly, and the colourful lighting accentuates the vivid narrative, although the lighting could perhaps have been used to accentuate key moments to a greater extent, and mark transitions between time periods more clearly. Yet, the collaborative nature of the project translates into a show that knows what it wants to be, and executes this vision immaculately.

The greatest strength of the direction is its simplicity: the story is allowed to speak for itself, which is essential to its success. Spencer’s script never tries to be overly clever or conceptual, instead relying on its innately heartfelt character development and engaging humour. He has a talent for visceral description, making both messy hookups and family dinners crystal clear in audiences’ minds, despite the minimalist staging: The Speaker remains sat alone in a dark space throughout. The script is structured very cleverly, with the hook-up acting as a frame that gains new meaning at the end, and the sister’s boyfriend storyline leading us craftily to an emotional climax. In addition to this, Spencer’s mixing of personal anecdotes with general thoughts on the likes of Stonewall statistics and making out with girls helps the writing sit so perfectly on the line between specific and universal. If I were to be especially fussy, it could be said that the script becomes slightly repetitive at times. Some elements, such as the use of the Grindr sound effect, could do with verbal clarification for audiences less familiar with the app, and the ideas around religion could have been fleshed out further. It remains, however, a remarkable piece of writing.

Spencer also performs his writing with a real honesty, transitioning smoothly between a public-facing cheekiness and moments of serious emotional depth – there are points where we feel genuine concern for him. The only things subtracting from the performance are some issues with awkward cuts and poor sound quality – the choppy switches between cuts takes us out of a few important moments, and dialogue with the off-screen voice in the first scene is at times hard to make out. These flaws can be easily forgiven, though; the show would work seamlessly in person, but we are unfortunately still gradually exiting the age of online theatre.

Like every other theatre fan, I’ve watched a lot of filmed monologues over the last year and a half. The influence of the likes of Fleabag can be felt within this piece (what would a review of a monologue be without a reference to Phoebe Waller-Bridge or Michaela Coel?), but it’s clear that the team have taken into consideration the limits and possibilities of the form and made it work for them. With its cohesive structure, engaging character and unfaltering honesty, Track 2 takes its place as one of the best examples of what has become an era-defining genre.