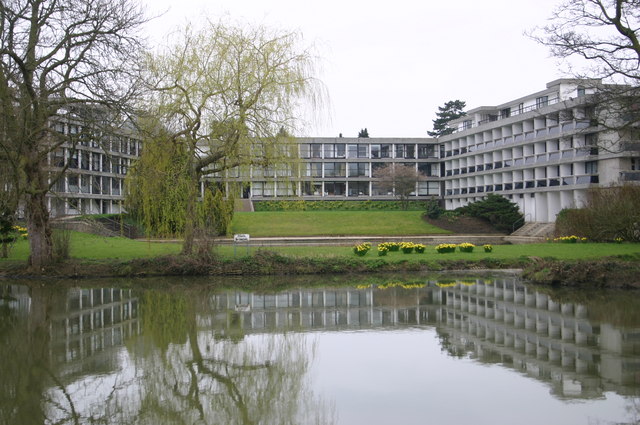 Wolfson College has announced that it will cut the carbon emissions from its main site by 75% by March 2022.

The measures are part of Wolfon’s plan to achieve net zero estate carbon emission by 2030. A Government grant will help pay over half of the £8M needed for the 2022 goal, while the remaining measures currently lack funding.

Wolfson College’s main estate was largely completed in 1974. Its brutalist design, with a lot of concrete and many large windows, is not in line with current environmental concerns. The main estate accounts for around 75% of the College’s total emissions, and the College currently has a twenty-year carbon footprint of 24,000 tonnes of CO2.

To know how to implement this goal, Wolfson commissioned an energy audit of the College in 2020. The audit established that changing from single to triple glazing, improving insulation around the windows, and replacing gas boilers with electric heat pumps would reduce the main estate’s carbon emissions by at least 75%. The College has said that it will implement these measures by March 2022, looking to replace three quarters of windows with triple glazing and improved insulation, and to electrify all main site heating systems. In total, these measures will reduce Wolfson’s emissions by around 56%.

The cost of these measures will amount to around £8M. The Department of Business, Energy will cover £5M, while the college will pay the remaining £3M.

Further measures needed to decarbonise the college include re-roofing, adding photovoltaic panels, switching to LED lighting, and installing a new 1MWh electrical storage battery. These measures are estimated to cost a further £6M. Wolfson College lacks funding for these measures, but is “confident [it] can fill that gap in time”.