Suicide is a complex phenomenon with chaotic, often unreadable, statistics. Those who are left behind must grapple with a new absence; they must try to find sense and meaning in an act that, more often than not, is senseless and meaningless. For behind the temporary clarity which precedes the suicidal act lies confused motives and a faulty logic. The inscrutability of suicide is, perhaps, reflected in its difficult characterisation in the literature. It is almost always represented as a kind of paradox: suicide is an answer to a question, and by that answer, the destruction of the question. Schopenhauer said that suicide was a “clumsy experiment […] for it involves the destruction of the very consciousness which puts the question and awaits its answer”. Cesare Pavese described it as “an act of ambition that can be committed only when one has passed beyond ambition”.

This inscrutability is even borne out at the level of psychological analysis. Most suicides, clinically speaking, come as a surprise: a significant proportion of people who die by suicide have never been under any form of psychiatric care. Repeated studies have shown that suicide risk assessments are seriously unreliable: in a meta-analysis published in 2016, researchers found that half of all suicides occurred in lower-risk groups. And, although the severity of depression is a correlate of suicidal ideation and suicide attempts, depression “lacks specificity as a predictor”.

Andrew Solomon, in The Noonday Demon, argues for suicide to be treated as a disorder in its own right, independently of depression and associated conditions: “[t]hey are separate entities that frequently coexist, each influencing the other.” He cites George Howe Colt who, in The Enigma of Suicide, noted that a significant proportion of suicidal patients have no underlying illness. In saying all this, I mean to highlight the difficulty of making sense of the phenomenon, of finding rationalisations or diagnoses which capture all aspects of a person’s lived experience, of reliably determining risk, and of identifying correlations which clearly indicate causality. Finding a causal relationship between suicide and a variable as specific as lockdown is even more problematic.

The picture becomes even more unclear in the absence of evidence: most available publications on the effects of lockdown on suicide are preprints or commentaries with news reports as their only data source – neither have been subject to peer review. From the point of death, inquests in the UK take an average of 166 days, meaning that a great proportion of suicides will not yet have been recorded as such –  especially those which occurred during the second and third lockdowns. A recent article in the British Medical Journal claims that current evidence indicates no increase in suicide rates during the pandemic, but urges caution over these early findings. After all, current data trends might, for example, reflect the social cohesion and ‘pulling together’ that buoyed everyone up during the first lockdown; this same effect also explains the drop in suicide rates during wars and other national crises. Japan reported a fall in suicide rates at the beginning of the pandemic and has since recorded a subsequent rise. The current data, it seems, is not decisive.

In spite of this poverty of data, it is clear that known suicide risk factors have increased dramatically during lockdown: job losses, social isolation, the disintegration of family life, the loss of purpose and routine, the lack of face-to-face mental health support, or indeed, the absence of support altogether. Lockdown has provided a context for the unthinkable. It has deprived some people of the support networks that would previously have sustained them. And what might have remained an abstract idea, too remote and too strange to be enacted, suddenly became a terrifying possibility.

A recent study found no statistically significant increase in self-harm during the first lockdown. However, of 228 self-harming patients assessed in Oxford and Derby, 47% cited Covid-19 and the associated lockdown restrictions as influences on their self-harm: factors cited were “new and worsening disorders, and cessation or reduction of services (including absence of face-to-face support), isolation and loneliness, reduced contact with key individuals, disruption to normal routine, and entrapment”. A report by the CDC discovered an increase in suicidal ideation and substance abuse among young Americans during the Covid-19 pandemic.

A suicide is always the result of a complicated nexus of psychological and social factors. However, anecdotally at least, it remains the case that there is often a final trigger, a decisive breaking-point. A recent article in the New York Times told the stories of British families whose loved ones had deteriorated over the course of lockdown and had subsequently killed themselves. Rather movingly, one relative said: “It’s not just people dying in a hospital – it’s people dying inside.” A trend exists, even if its magnitude and its precise causes have yet to be calculated.

What is certain is that, as we emerge into a changed world, with different perspectives, motives and desires, we must remember that lockdowns and pandemic restrictions have this other, less visible, less reported-on cost. Whilst calls to ‘reach out’ were loud, tangible professional support for those who did reach out, and political consideration for those ‘dying inside’, did not keep apace with the enthusiasm of mental health awareness campaigns. And behind every anonymous statistic published in the coming months will lie a personal tragedy and a lifetime of grief.

Oxford nightline is open 8pm-8am, every night during term-time, for anyone struggling to cope and provide a safe place to talk where calls are completely confidential. You can call them on 01865 270 270, or chat at oxfordnightline.org. You can also contact Samaritans 24 hours a day, 365 days a year, by calling 116 123 or emailing [email protected] 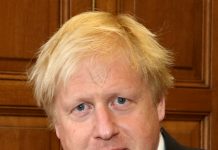