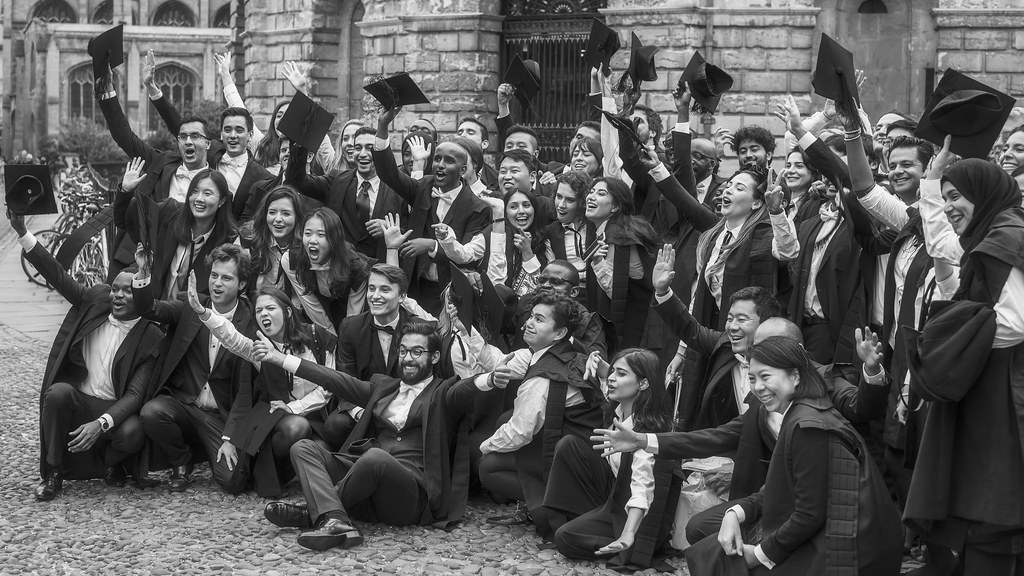 The one thing I will miss about my lockdown year at Oxford is the online lectures. To be honest, I hope my faculty keeps them up, even though they have definitely been a mixed blessing. The fact they were online and recorded meant I felt no pressure to go to them when they were being streamed live, but instead was able to watch them in my own time. Most of them were pre-recorded, which also gave me the opportunity to watch many of them in advance. But did I actually go to many of them? No. I completely lacked the motivation to do that. This is where the negatives come in – as there was no prescribed time and place to go and watch lectures, I became very relaxed in watching them very early on. I watched one in my first week, and then none until my collections, and then again none until just before my Prelims. I did better than most people I knew when it came to this. This small example is a perfect analogy for how this year has been very mixed.

This plethora of ups and downs began even before we got to Oxford, as is well known by any Freshers who did not take a gap year. March 2020 saw our A-levels cancelled, meaning we did not have to revise and sit exams. That, I cannot lie, was a blessing, but also bought with it a whole host of worries about how our grades were going to be determined, the algorithm and all the drama which accompanied it. I struggled with the unknowing and the worry – I actually started to get grey patches in my hair. As you can imagine, going grey at 18 through stress is not the best experience, but luckily in the end for me at least it all turned out okay.

Despite the undeniable impact on our academic experience, the main thing that I think most Freshers will agree on as the biggest effect of Covid is the sense of loss of opportunity: The opportunity to have a chance to fully explore and come to know Oxford throughout the year, the opportunity to find friends and people both within and outside of college. A handful of people in older years have said to me they made most of their closest friends in their second year, and I really hope this is true. Do not get me wrong, I have made friends and socialising has happened – much to College’s dismay – but it has been difficult.

The past year, to me at least, has felt like being in a permanent state of FOMO. The fear of missing out has been a constant spectre standing behind me. The thing that has hit me the hardest is the constant concern over what could have been better if it had been a normal year: would I have made different and better friends? Would I have found a group? Second, third and fourth years had all already met people and formed their groups, making socialising within restrictions much easier. We had to start blind, with a few of us knowing people from interviews and such but having had very little interaction beyond that. This doubt over whether things would have been better in other circumstances is not an anxiety that can be easily remedied.

So, this is where I have found my first year toughest. Term starting in October also had an impact, seeing my mates who went to different universities around the country enjoying themselves when pubs were not curfewed at ten in the evening. Then, by the time the Oxford term had started, rules had gotten stricter, meaning the normal ways of making friends in Fresher’s week dwindled by the second. Again, that feeling of FOMO and missed opportunity kicked in again. Despite not being in Oxford for Hilary term, I cannot claim to have had a bad year – in fact I had quite a good year. I have made friends, I have met lots of people, especially over Trinity, and only had two weeks of isolation in Michaelmas. Despite all this, despite the fact I have not failed in integrating with people and forming friends and socialising, I still feel that sense of regret and sorrow at things not having been what they could have been. There is very little I can do about it now and it is no good to linger on the past in a remorseful manner. It is best to move on, but I do not quite know when that spectre of FOMO will leave my shadow – I can only guess going back in October with hopefully a normal year might help, but that remains to be seen.