Charlie Hancock reports on the comments Professor Richardson made on a panel where she also discussed the threat the so-called “war on woke” poses to universities. 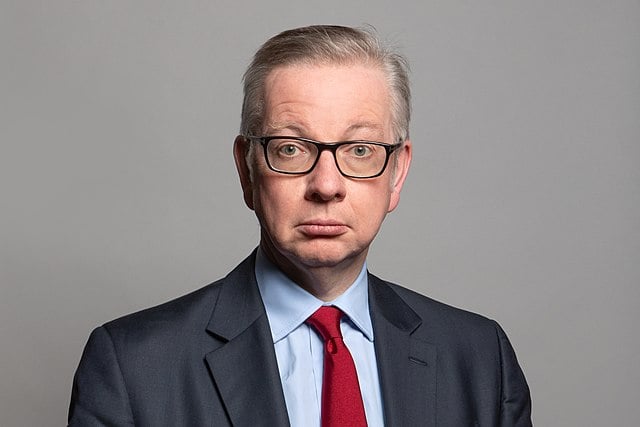 Charlie Hancock
Charlie is reading Human Sciences at Hertford College. After working as a News Editor and Deputy Editor, she was co-Editor in Chief with Jill Cushen for HT22.
3rd September 2021

Mr Gove studied English at Lady Margaret Hall, graduating in 1988. He was President of the Oxford Union during the Hilary Term of 1988. He is currently Chancellor of the Duchy of Lancaster and Minister for the Cabinet Office.

Her comments were a criticism of Mr Gove’s infamous remark that “people in this country have had enough of experts” after the journalist Faisel Islam told him that the Bank of England, IMF, and the Chief Executive of the NHS, among others, were opposed to Britain leaving the European Union. The remark was made three weeks before the public voted in the referendum.

Professor Richardson juxtaposed his comment with the public reception of scientists during the pandemic, saying: “Michael Gove, the British cabinet minister who I am embarrassed to confess we educated, famously said after it was pointed out to him by a journalist that all the experts opposed Brexit, he said: ‘Oh we’ve had enough of experts.’

“With the vaccine, it seems like the public can’t get enough of experts. Many of our scientists have become household names. “We have demonstrated through the vaccine work and the development of therapeutics and so on just how much universities can contribute and that’s enormously helpful to our cause.”

Mr Gove later claimed that his comment was taken out of context, saying he said: “people have had enough of experts from organisations with acronyms that have got things so wrong in the past”.

Professor Richardson’s remark has been seized upon by The Express as risking “opening up the University of Oxford to criticism for supporting the EU”, adding, “supporters of Brexit have consistently accused the UK’s top universities of being too closely linked to Brussels.”

An analysis by the Reuters Institute for the Study of Journalism found that The Express was the newspaper which published the second highest number of pro-Brexit articles during the first two months of the referendum campaign. The Daily Mail published the highest number.

During the panel, Professor Richardson also addressed the threat the so-called “war on wokeness” posed to institutions. She warned that a perception that universities were “bastions of snowflakes” were “deliberately being fanned” by sections of the media, populists, and some politicians.

She also argued that in order to earn more support from the public, universities would need to host more “ideological diversity” and debates on controversial subjects.

Professor Richardson said:”Increasingly people are seeing that they haven’t gone to university and yet their taxes are paying for these utterly over privileged students who want all kinds of protections that they never had and I think we have to take this seriously.

“I think we need more ideological diversity. We need to foster more open debate of controversial subjects. We need to teach our students how to engage civilly in reasoned debate with people with whom you disagree because, unless we do that, we are going to lose the public argument.”

The University of Oxford has been approached for comment.