Charlie Hancock reports on the conclusion of the search for the name of the new kitten at University College. 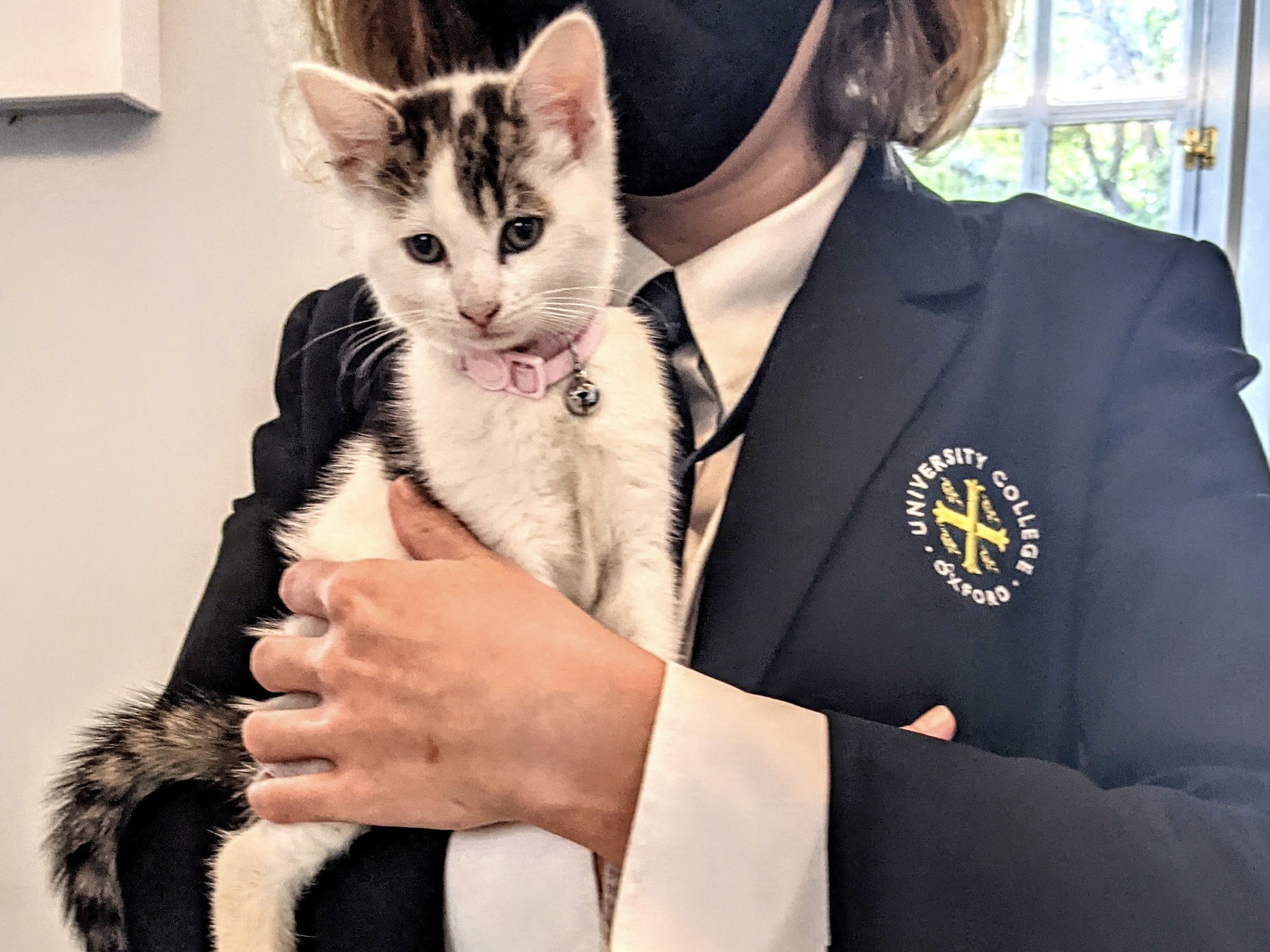 The search for a name for the successor to Clement Cattlee has drawn to a close, with Lyra receiving the most votes from a shortlist of five.

Other names on the shortlist included:

• Martlet – a mythical footless bird in heraldry, several of which appear on University College’s crest

Lyra said via Angela Unsworth, Domestic Bursar: “Thank you to everyone who helped to name me, even my new friends at the Oxford Mail and the Cherwell got involved! I love my new name almost as much as I love bits of string, my comfy bed, and ‘accidently’[sic] pushing the big buttons on the Lodge computer (I don’t know what they are for but they make the Porters very excited when I do it…)

“I am beginning to see pictures of me popping up all over and lots of people are already dropping into the Lodge to say hello, now they can call me Lyra when they cuddle me. See you all soon!”

University College said Lyra may dictate future updates, which will be available on the College website.