CherwellIndependent since 1920.
Comment A selfishly practical democracy: Canadians go to the polls 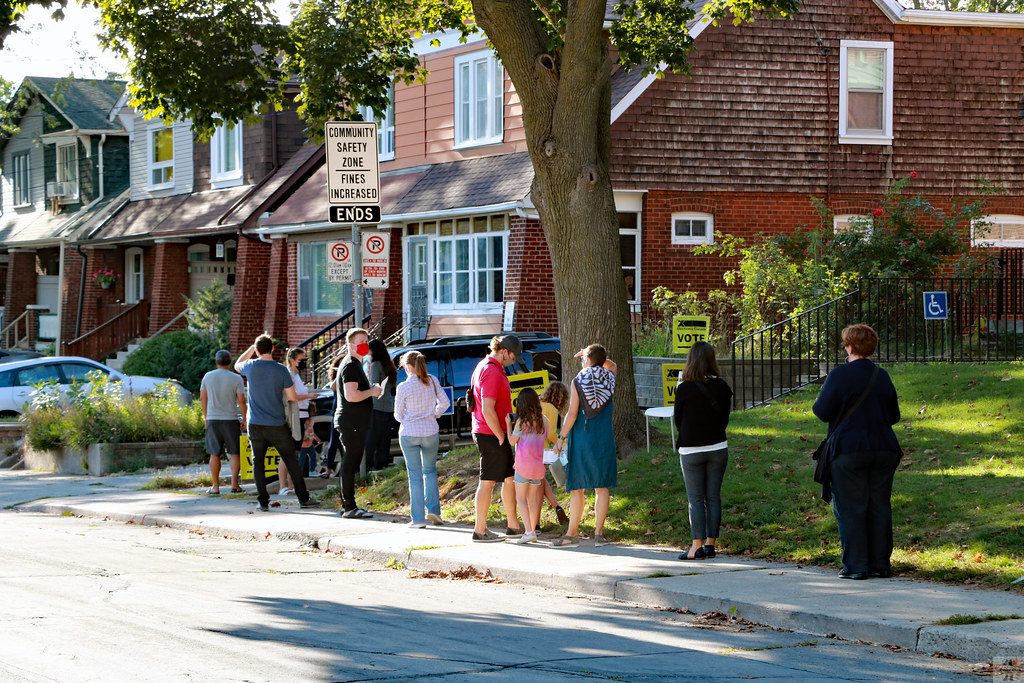 It is an astonishing fact that 0.48% of the global population has sole and sovereign say over 20% of the world’s freshwater, 10.4% of its oil, 8.5% of its forests, and possibly the North Pole (depending on your side in the Santa dispute).

I’m exaggerating a bit, of course: nature and its resources have no regard for borders. But the future of a vast swath of land was nevertheless on Monday night’s ballot as the world’s second-largest nation went to the polls, and from afar it might appear that we Canadians are fans of Groundhog Day. Not only did we give Justin Trudeau’s Liberal Party, in power since 2015, its third mandate, we even landed on largely the same parliament. From 2019 on the Liberals have governed with a minority of 157 in a 338-seat House of Commons; though the votes are still trickling in, it looks like around 155 Liberal MPs will sit in Canada’s 44th parliament. The Conservative Party’s new leader, moderate Erin O’Toole, also mostly brought his party to the same old destination: as in 2019 the Conservatives won the popular vote by 2%, but will land just above 120 seats. Two seats so far look to change hands in favour of the left-wing New Democratic Party (NDP) led by Jagmeet Singh, while Yves-Francois Blanchet’s separatist Bloc Quebecois (BQ) sees 30+ MPs reelected in la belle province. Just another day in 21st-century Canada.

The thrill, perhaps, is in the minutiae. The Canadian Greens’ dramatic and bizarre implosion over the last few months have captured national eyeballs for a party that consistently polls below 10%: after its charismatic former leader Elizabeth May stepped down in 2019 at the height of a Green wave, her successor Annamie Paul has been embroiled in controversy and leadership challenges from within. As of Monday night it seems that two Green MPs will be heading to Ottawa after all, but Paul won’t be among them: she came last in her home constituency of Toronto Centre last night, and with the Green vote collapsing from coast to coast her leadership is up in the air.

And what of that much-discussed threat to “Western democracies”, however useless the term may be? Canadians walk a fine line between individualistic tendencies and collectivism: our superiority complex towards our southern neighbours tend to make us sneer at their self-obsessed extremes, but to the rest of the world we like to appear, well, “free”. This dilemma has been stretched to the brink by recent implementations of “vaccine passports”, which conveniently lent visibility to a fledgling far-right movement. Maxime Bernier’s populist People’s Party of Canada (PPC), founded after his tense departure from the Conservative caucus, was rendered to bare irrelevancy after its anti-immigration message failed to land in 2019. Emergency public health measures gave it a second life and a new demographic: by openly courting the individualist, vaccine-sceptic crowd, within a few weeks it soared past the Greens and Bloc Quebecois in polls. As of Monday night, the PPC is on track to capture one in 20 votes. First-past-the-post means that it translates to exactly zero seats: Bernier himself swallowed a bitter defeat in Beauce, his home constituency (and the constituency with the highest percentage of White voters in Canada). The PPC is no AfD — if anything, it played into the Liberals’ favour by splitting right-wing votes in key constituencies. Its future likely hinges upon the course of the pandemic: if Trudeau plays his cards well and leads Canada out of the pandemic intact, Bernier and co. may just be yet another herd without a cause.

At many points, the snap election has appeared like an obscene caricature of Global North privilege: the moral grandstanding of our democracy must go on, despite a still-raging pandemic, despite bodies of children found from sea to sea to sea, despite towns burnt off the map by domes of fire. Every party leader apart from Justin Trudeau, who called the election to strengthen his minority in the House, made a point of criticising the very happening of this vote. It would be naive to think that O’Toole, Singh, Blanchet, and Paul genuinely prefer the continuation of a Liberal government over a chance to expand their own parliamentary shares, but pandering to a frustrated public didn’t necessarily pay off. Five weeks of pandemic-style campaigning later, the curtains fall on a country that just wants its government to get back to work.

Don’t worry, I know better than to call our election ‘theatre’: however much those of us in democratic states may feel frustration with our first-past-the-post systems, feeble politicians, or indeed the choices of our fellow citizens, to denigrate the process itself is an insult to the 23% of the world ruled by unaccountable authoritarians. Only 24 hours before Trudeau emerged victorious, Hong Kong’s elites cast ballots in a puppet show that does not belong in the same sentence as an election. Covid is ripping apart public confidence in institutions globally: at least in Canada, we tell ourselves, we still get to speak our conscience.

But what if my conscience tells me that these institutions need to be rebuilt from the ground up? It has been a summer of unrelenting trauma for Indigenous peoples and horrifying (though far-too-late) shock for the country’s settler majority, compounded by a fourth Covid wave, wildfires, the difficulties of economic recovery, and violent incidents of anti-Asian racism. The CBC (Canada’s public broadcaster) reported live from constituencies across the country on Monday night: poignantly, one journalist reported from the doorsteps of the former Kamloops Indian Residential School, where 215 bodies of Indigenous children were found and a national reckoning was set off. How could any political agenda truly reconcile this? We can no longer look for saviours in our politicians: in the postmortem era of Trudeaumania, we expect practical continuity functioning in the background of difficult seismic shifts.

As Canadians send the exact same government straight back to work, most of us are realistic: we’re now all-too-familiar with the Trudeau Liberals’ policy strategies and tactics, and we know more or less what it will and will not do. The rest of the work may just be on our own shoulders, as well as the shoulders of provinces, municipalities, and communities. It is the state that emerges triumphant no matter the winner: the 44th election changed little of Canada’s political landscape, but we did collectively reaffirm some kind of belief in some kind of Canada. I would never dismiss the sacred importance of voting: being the first and only actually enfranchised voter in my family, this enormous privilege is not lost on me. But what Monday night showed us, above all, is that we’re diversifying our relationships with political power. The state will not save us from ourselves.