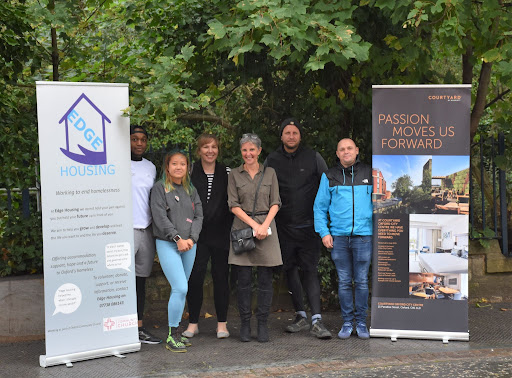 The local housing charity for homeless people, Edge Housing, held an event to celebrate its 10 year anniversary at the Rooftop Terrace at Marriot Hotel Oxford. The event set out the charity’s “10 x 10 Campaign Goals”.

The conference was attended by volunteers, business leaders, ex-homeless people, and educational leaders across Oxfordshire. A number of Oxford University students volunteer for the charity. This includes Esthy Hung, who was awarded the Vice-Chancellor’s Social Impact Award.

At the same time as the event was held, Edge Housing’s Support Team Leader ran a half marathon throughout Oxford to raise awareness and funds for the charity.

Edge Housing is a charity which mainly “provides safe homes with support from a team experienced in mental health and addiction issues”, as well as career support. Its central ethos is that “none are beyond help”.

Edge Housing currently houses up to 31 ex-homeless individuals and provides support for residents to get into employment through courses and vocational training. Support is individualised with “trauma-informed professionals trained and experienced with dealing with mental health and addiction problems”.

Edge Housing is preparing to open their tenth house for rough sleepers. This was set out in the charity’s “10 x 10 Campaign Goals”.

Edge Housing is looking to build connections with educational and corporate institutions in order to continue to promote their presence around Oxford.