Libby Bull (she/her) takes us on a comedic interrailing journey through Europe in her new column Off The Rails. First stop, Paris! 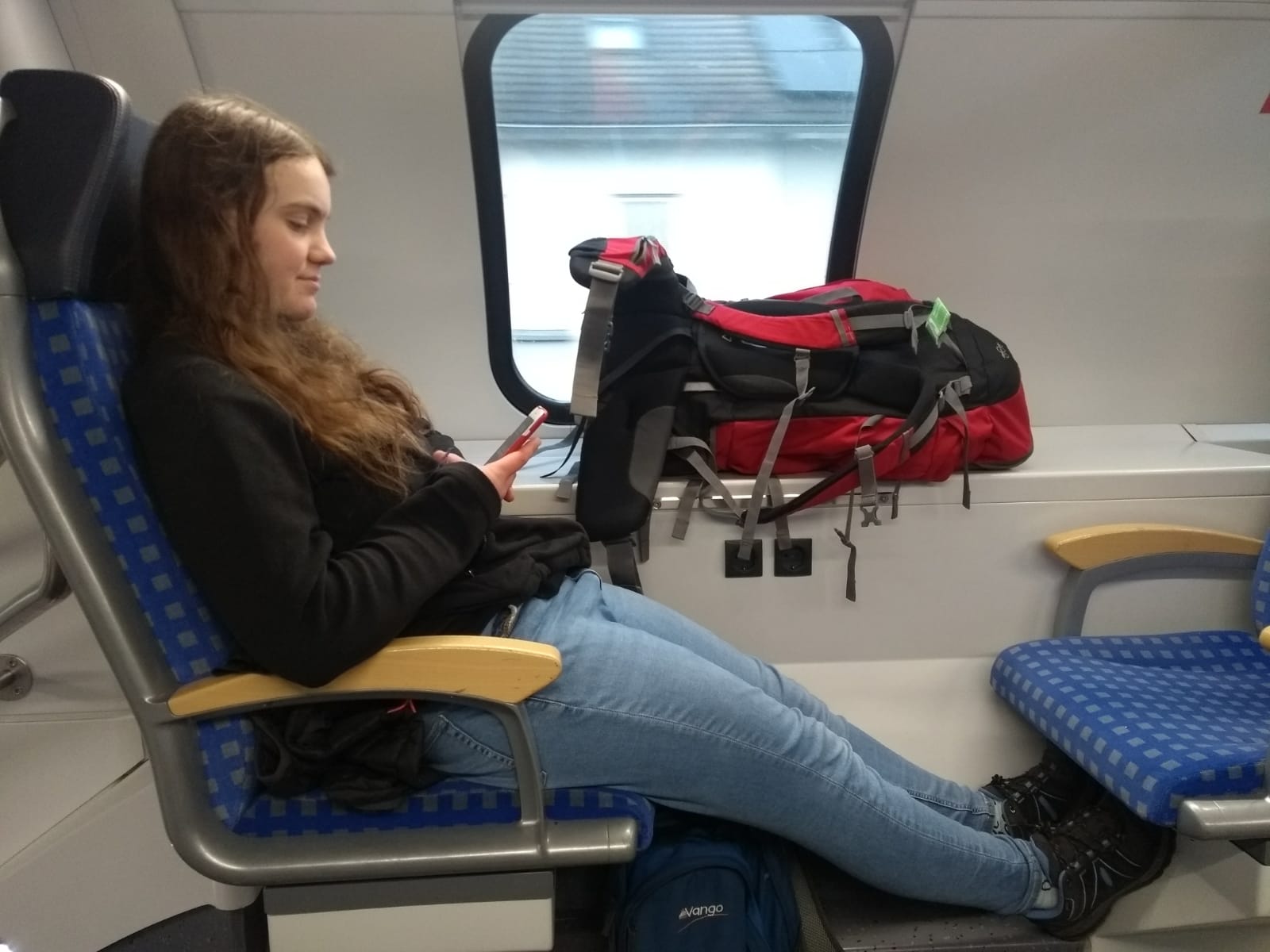 The journey has begun!

London St Pancras – Paris (Gare du Nord): Eurostar. Always a middle-class delight: large, comfy and clean. Watched some Netflix. Sought a train-themed film and found the misjudged Unstoppable starring one of the many Chrises of modern Hollywood. This was on recommendation from Popular Mechanics (an online magazine whose issues are released at the dizzying rate of 6 per year in order to satiate the tastes of the “modern man”, brimming with heady topics such as “Why This Guy Stacked Up 42 Broken PlayStation 4s” all the way to “4 Things to Look For in an Awesome Duffle Bag” – one of which I imagine must be capacity to fit 42 PS4s.

Chilled under the Channel as I watched Chris Pine attempt to stop a hurtling train from disaster. Ate some food. It was an easy start to what I’m sure will be the chaotic marathon of this journey. But I guess the trick with most marathons is to pace yourself (not that I really know from experience – even at primary school the only race I was allowed to attempt on sports day was the novelty obstacle course in which the ‘hurdles’ were things like ‘put on a pair of gloves’ or ‘throw a wellie’ – I can still put on a full hat/scarf/glove look in under 2 seconds).

Paris: Sacré-Cœur! It was only after capturing a full double-page spread of photos that I saw the ‘no photographie’ sign but of course the IG story was already up. I imagined myself chased through the streets of Paris, Tom Hanks in Da Vinci Code-style, as the secret Church fraternity hounds me chanting “#blessed #AuParis”. Though I doubt any of my 5 followers would turn me in and betray me (despite what my mother says about her sister-in-law). So as a pre-emptory act of defiance, I took a photo of the ‘no photographie’ sign itself.

A lovely view of Paris from the outside of the Church, sound-tracked by the beats pumping out of the boom-box speakers of the wandering sellers, asking if we wanted a ‘lock for love’ to cuff to the iron railing….attaching something concrete to the irrevocably abstract (I will not call him) both likely however transient to rust (I will not) and decay (I will not). (Maybe I should buy him a duffle bag?)

Food: Wine, crepes, and baguettes. I have never been to the real Paris before. I just want to soak up its culture. My French is laughably poor but it’s technically the only other language other than English I speak (until someone becomes the bigger man and makes drunken sign language across the nightclub floor an official dialect). Something about being in a country with the challenge of functioning alone within it – not as a tourist – is so exhilarating. Overall I’m realising what I am seeking, other than time with my friends, is an atmosphere to thrill and inspire me.

Incidentally I have been toying with a thought all day: those who want to find themselves often spend a lot of time trying to get lost. I am not sure if I’m quite lost enough yet (google maps and all) but I guess I will endeavour to eventually to be found. If all else fails, I can always just go and stack 42 broken PS4s.