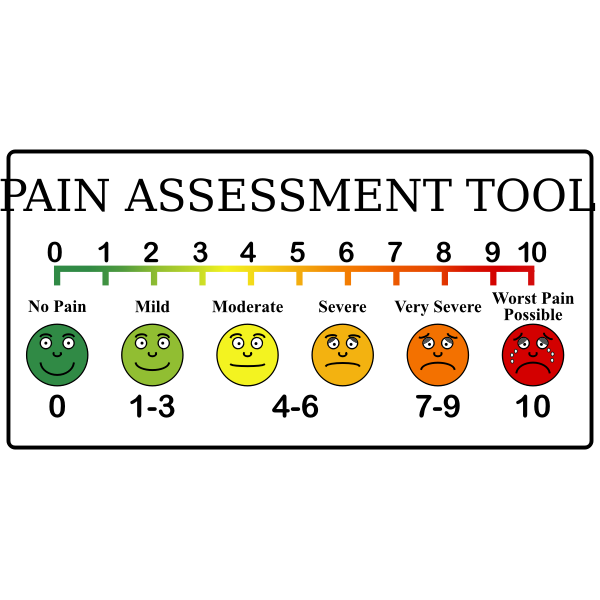 If you’ve been to A&E, you’ll probably be familiar with the pain scale. It goes something like this: a caregiver shows you a scale with one being “no pain”, and ten being “worst possible pain”. They ask which number best matches the level of pain you’re in, and you stare, perplexed, wondering how on Earth one comes up with such a number. What does “worst possible pain” mean? Would childbirth be a ten? What about getting your leg amputated with a rusty chainsaw? Even more confusing is the row of increasingly distressed smiley faces above the scale – you wonder if you have to be red-faced and in tears for your pain to score highly, and why the whole thing resembles something you might have found on ClipArt in 2008.

It all boils down to two issues. Firstly, and most obviously, pain is subjective. One person’s three could easily be another person’s seven, and the numbers on the scale have little meaning without a common reference point.

The second issue arises when the patient can’t communicate their pain. This could be if they have Alzheimer’s, or they’ve just had a tracheostomy, or they’re a newborn baby. If they’re conscious, we use the Behavioural Pain Scale (BPS) and the Critical Care Pain Observation Tool (CPOT), which quantify pain with behavioural parameters like facial expression, muscle tension and movement of the upper limbs.

These have problems of their own; the BPS and CPOT assume that every painful stimulus comes with a visible or audible indicator, and vice versa; that each of these indicators results directly from a pain stimulus. Often, neither are the case. They also rely on the patient being conscious and able to move, so can’t be used during surgery – heart rate and blood pressure are used instead, but these are also poor surrogates for pain.

We need a universal, objective method of measuring pain, so that pain can be properly managed. Too much medication and the patient risks developing a dependence on it (about 6% of patients continue to use opioids after surgery). Too little medication, though, and they end up with damage along the pain pathway, which can later lead to chronic pain. And that’s not to mention the psychological distress closely intertwined with poor pain management.

This problem allows treatment recommendations to be influenced by doctors’ bias. Racial bias in pain management is based on false beliefs about biological differences between white people and people of colour. A study showed that for patients with extremity fractures indicating similar pain scores, 74% of white patients in the emergency room were given analgesics, compared to only 57% of black patients. In a second study of 940,000 children diagnosed with appendicitis between 2003 and 2010, 18,800 fewer black patients received opioid analgesia than white patients. Disturbingly, ethnic minority groups face additional barriers when self-reporting pain. A good pain management device could highlight this disparity, and eliminate it.

In a society with medical technology constantly evolving, where we map entire genomes, 3D-print prosthetics and use artificial intelligence in healthcare, it is astonishing that something as fundamental as pain is still being measured using smiley faces.

Innovation is in its early stages. Medical device companies have explored parameters like changes in pupil width, skin temperature and conductance (Kipuwex), electroencephalography (electrical activity in the brain; PainQx) and plethysmography (changes in blood volume around the body with each heartbeat), as potential indicators of pain, if the patient can’t move or communicate.

One company, Medasense, uses artificial intelligence to combine four of these parameters into a single index called the nociception level index (NoL), measured by a finger probe. The idea is simple: the NoL needs to stay between 10 and 25 during surgery. If it exceeds 25, more analgesic is given; if it falls below 10, the anaesthetist knows they’re administering too much opioid, and can alter the dose accordingly.

This works – a recent study boasts a 33% reduction in postoperative pain scores following NoL-guided surgery, and NoL monitoring features in several peer-reviewed journals. The limitation of Medasense’s device is that it’s only approved for use on anaesthetised patients. Their next challenge is to produce a device that gives reliable readings when the patient is conscious, with emotional stress, agitation and movement potentially complicating things.

The goal is to eliminate the guesswork – that is, assumptions based on age, ethnicity, culture, level of education and social background – so that physicians can offer personalised analgesia to their patients. Mistakes don’t just waste a whole lot of money ($560-635 billion annually in the US), but affect the quality of life of hundreds of millions globally, especially those with disabilities and chronic pain. Treating pain is at the utmost core of medicine, and the journey to tackle this clinical need has only just begun. 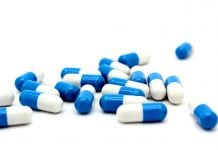