Climate action group Oxford4Nature will demonstrate in Oxford city centre this Saturday, dressed as Alice in Wonderland characters. The protestors will meet from 12 noon in Broad Street, before making their way through the City Centre.

The Alice in Wonderland theme has been chosen to represent the ‘madness’ of not taking action. Each character draws attention to a different issue. Alice herself will symbolise the children whose futures are endangered by the climate crisis.

Other characters present at the protest will include The Cheshire Cat, the White Rabbit and the Mad Hatter.

This protest aims to draw attention to the lack of climate policy from Oxford City Council. Speaking with Cherwell, Lucy Grabe-Watson, founder of Oxford4Nature, said, “We will be demanding that the council put the climate and biodiversity emergency at the heart of all decisions and policies.”

More specifically, campaigners will demand that all new public transport is net zero emissions, and that green spaces are only developed when brownfield site alternatives have been exhausted.

Oxford4Nature was established in August, with previous protests held in August and September. Its members come from XR, Friends of the Earth, Only One Oxford, and other smaller campaigns.

The campaign’s first two protests were in opposition to the plans of Oxford City Council to develop in several green places in the city, including a field off Meadow Lane in Iffley Village, and land off Mill Lane in Marston.

This is in line with one of the campaign’s key aims: to put the climate and ecological emergencies at the centre of decision making.

Nuala Young, from Oxford, protested earlier this year to save Redbridge Meadow from development. She said the council wasn’t doing enough to tackle climate change.

Ms Young particularly criticised the lack of green spaces in the city. She said, “Oxford City Council has declared an Ecological Emergency, while at the same time shrinking its biodiverse base of the Green Belt and even, at Redbridge, blocking the important biodiversity corridor that until now runs through the city.”

Oxford City Council has given a 2040 deadline for Net Zero Carbon emissions. However, research suggests that serious action is needed before 2030.

Other broader aims of the campaign include using ‘doughnut’ economics to reframe how the city is run.

The campaign also hopes to work collaboratively with local experts and communities and reuse, recycle and regenerate.

The climate protest on Saturday will form part of Oxford4Nature’s mission to give back control to local communities by lobbying decision makers in the city to act against the climate crisis. 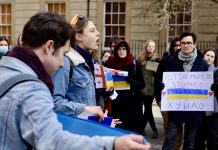 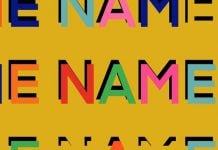 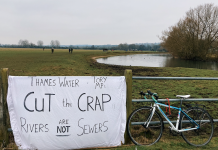