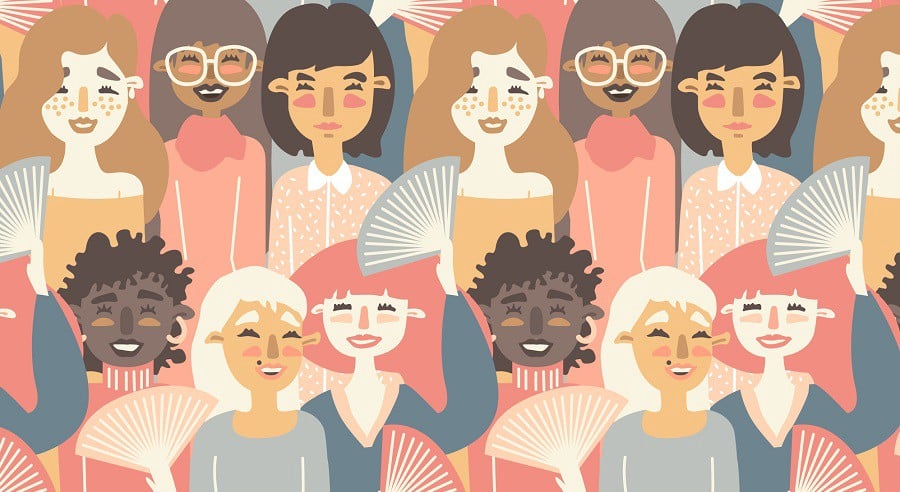 South Asia is a place desired for its beautiful things- buildings, songs, colours, and spices- but never for its people. The land contains an array of sensory delights and academic niches engaging and mysterious to Western audiences. But any reminder that these are tied to a heritage and a people beyond their grasp is unattractive and unwanted.

Desis are often forced to exist in a polarising landscape, whereby they can either be the ugly punchline of a joke with a strange accent, or exotic and untamed. This dichotomy is strongly influenced by gender, since desi men are typically seen as predatorial and perverted- no doubt we’ve all heard jokes about ‘weird Indian men’ in white girls’ dms; whilst desi women are either bestial and ungroomed, or heteronomous objects.

The stringent categorisation of desis by outsiders also leaves those in the non-binary, genderqueer, and transgender communities out, forcing perceptions of them to fit one of these two cis-normative categories. No one can win, especially when our appearances are so important to defining how non-desis see us.

Approaching this issue from the perspective of a cis-gendered South Asian woman, I think it’s a nice form of bonding for us desi girls to recall our experiences of being the ‘undesirable’, or even ‘weird’ one amongst our (white) friends.

Having attended several social events recently, I’ve been making a much greater effort with my appearance than usual. This includes kohl, wearing kurtay as dresses, and intensely watching different celebrities’ Vogue makeup routines.

Despite all this effort, I regularly feel overlooked in favour of my white peers. I know that this isn’t just a ‘me problem’, having discussed this with my other Asian friends, but it feels incredibly personal.

No matter how much time I spend trying to look presentable, figuring out which angles my nose looks okay from, my attempts to look nice will always be tinged with a foreign ugliness that disparages my aesthetic and even academic efforts (but that’s another conversation). And this will stay the same for as long as my skin is tinged with melatonin. There are some brown girls whose adherence to modern beauty standards are so obvious, that their attractiveness is never in doubt: but I’m not one of them and there’s nothing I can do to change that.

I believe that the rest of us desis are stuck, knowing that we’ll never be considered the pretty one. How they might feel hideous and trapped in an immediately unsightly form; how pretty is never our default. It takes an extra effort to feel good, but this merely highlights the disparity between me and my white friends. I find myself comparing facial features and body type in a horribly objectifying, demeaning, but reassuring manner, just to figure out where the difference lies.

This feeling of inferiority has been made explicitly to me and others in many instances, but most often in the pits of Atik or Rusty’s, where swarms of sweaty, handsy men clamour for any girls’ attention except for ours. The few times I’ve been considered ‘enough’ by wider society have also had confusingly disparaging, racial undertones. A few times my skin colour has been an outstanding and exotic feature, “lovely” but ever so noticeable for it. In other instances, my small size is made out as appealing: an infantilising and disturbingly common depiction of desi women.

There’s a long list of dangers that result from pandering to the same gaze that rejects us.

One is seeking validation- about appearance, personality, and so on- from others, whose job it is not to reaffirm our beauty. Related to this, is the tendency for accelerated romantic relationships that some desi women might experience. Because with these, one might gain constant reassurances of being desirable without having to delegate the task of reassurance to different people who might not be up to it.

Another danger is comparison with other girls, especially desis, and thinking of the things that we could do to emulate or distance ourselves from them more. There are the girls we try to be like, and those we try to avoid. I’m sure most high schools have had at least one of each type in every year group, and as damaging as it is to surround oneself with pretty white girls and always be the second-choice-token-brown-girl, it’s devastating to be dismissed completely.

Some (including myself) come to the natural conclusion that it’s easier to appeal to European ideas of beauty. We figure out early on that whilst beauty is in the eye of the beholder, the beheld is marginalised, the desi beholder is degraded, and the non-desi beholder gratified.

In spite of my attempts to offset these expectations by reclaiming the beauty in my South Asian-ness, I can never entirely get rid of the worry that I’m underperforming for my beholder. That if I try to represent myself in a way inclusive of being desi, I’ll be considered strange or like I’m trying too hard to obtain an ultimately performative image. I’m scared to face those not from my community without first filtering my image through a lens already familiar to them.

So, I keep trying. Listening and carving my appearance into a collage of palatable brown girls and neutered South Asian aesthetics.