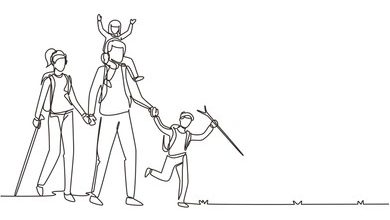 As week 5 and its disappointment approaches, it might be pertinent to talk more on themes of loneliness and unstable friendships. Of course, you might be a social wreck regardless of your ethnicity but being desi sometimes feels like hurdle that we struggle to jump over to catch up with our non-desi friends, who are already at the finishing line and receiving the prize of ‘settling in’. I’m constantly struck by the recognition that the source of my difficulty fitting in is irretrievably intertwined with the fact that I have immigrant parents.

Not in the clichéd sense that I’m ‘stuck between two cultures, never fully a part of either’, but rather, that my personality has been cultivated around my cultural sensibilities, such that maintaining friendships with white girls feels entirely uncharted. Even if I have been trying my whole life.

Having spent a long time searching for a reason why I was always the ‘other’, I found that, unsurprisingly, it was rooted in the stifling family dynamics I grew up with. My parents had a love marriage, which is almost embarrassing considering how much they dislike each other. This manifested in them constantly arguing, delivering sharp words and ultimatums with me and my sister as intermediaries. Long stretches of my childhood were spent trying to mediate between them, and this tension bled into my adolescence. Being a mediator as a child in a desi family is a common experience yet creates a contrast with feeling as if you are on the periphery in friendship groups. Desis fluctuate between being the centre of negative attention in the home, to being entirely forgotten, and this becomes a difficult task to navigate.

It is never an easy thing to acknowledge, that no matter how nice and understanding one might try to be, and no matter how much one might be made to adopt the role of caregiver, the more socially acceptable ‘funny’ or ‘cool’ friend will always be preferred. My culture has forced me to gain a self-marginalising ‘maturity’ that somehow only makes me attractive when I’m needed as a safety-net friend. People know I will be there, even if they’re settling for less by relying on me.

Another aspect to consider is my need to please people. I suppose that growing up on guard instilled a subtle fear in me, as I searched for the best way to walk on eggshells around my parents. Consequently, I know that I over-analyse every situation, often meaning that I try to pre-empt how people feel and how to make their feelings about me positive. This has made me overcompensate with loyalty; a sad desperation hiding behind projected images of dedication. This desperation has led to me forcing myself to adjust to uncomfortable situations, thus crossing the boundaries of normal friendship.

However, because brown girls lend so much of their emotional energy to appeasing others, it feels like our personal interest in how our friends see us is at much greater risk. Needing to prove my worth constantly, I aim to make everyone feel heard and content with my presence in their life. But so many brown girls I know have been plunged into situations far beyond what they can handle, hoping that the power of friendship will carry them and their friends through circumstances that are damaging to themselves. This is all done under the assumption that this is what friends should do, which is sadly unreciprocated.

Whenever I see friends cussing each other one day and assuming all is forgiven the next, I’m horrified. I can see why living with my volatile parents has caused me to expect permanent vendettas from the smallest of clashes, but I will never understand how people are comfortable remaining in friendships in which they are perceived as less-than-perfect. I have constantly witnessed how they incessantly apologise when they think they might have offended someone or stepped out of their role as the approachable one.

The mockery of desis in real life culture and media can explain why we struggle with friendship. Hurtful stereotypes about brown people inform our interactions with one another. Namely, the television/film trope of the nerdy, weird desi character with a worn-out, kind of questionable backstory and ambiguously Indian name (the typecasting as terrorists is another conversation). This can be seen in The Big Bang Theory, and even cartoons like The Simpsons or Phineas and Ferb. In this way, writers and directors are upholding the harmful notion that brown people are the other, regardless of how integrated they might be. They have strange voices, even if the character was seemingly raised in America; dubious quirks, like an inability to talk to women or general creepiness; and a tendency to want to break free from the shackles of their brownness, only to be foiled by caricatured, traditional parents.

In all these cases, the desi character is the scapegoat of the group, whom everyone expects to be a pushover and treats accordingly. This hurts, because it’s exactly how people used to- and potentially still do- see me. When you must accede to being the butt of everyone’s jokes and are lovingly bullied until it doesn’t feel so loving, there seems to be only one possible explanation: you’re just different. But by different, I mean lesser.

The feeling of isolation constantly harassed me, and it’s easier to simply deal with mockery of what I now realise to be desi values and cultural traits, than to risk being alone. My non-desi friends would never racially abuse me, but I always knew I didn’t connect with them in the same way.  There would be moments of unnecessary hostility towards me because of some infraction I had committed (like answering a question in class or wearing bright clothes) with such fecundity that my entire role in the friendship group would be consistently called into question.

The ostracism I felt had forced me to choose between my identity and the chance to have friends. It took a long time for me to reach a point where I made sure my friends were allies first, and these boundaries didn’t get in the way.

All of this makes it feel a lot safer to stay solely within groups of brown girls. I used to be so glad knowing that I have some stable, certain friendships with other girls like me, even capitalising upon the marginal social stratification within these groups. There, I would take on the role of mediator yet again, but this time, liaising between the ‘normal’ girls and these less socially apt creatures: a glorious power-trip.

That is, until I realised that this was incredibly demeaning, and I was acting in exactly the way that I hated when delivered by others, and it wasn’t okay simply because I was brown too.

By feeling like I was ‘settling’ for people just like me, I was also buying into the idea that desis were less than. Keeping awkward brown girls as my own safety net was still a way of using them to feel better about myself and my discomfort with my other friendships.

My closest friends now are desis, and that’s a choice, not my own desperation.

My brown friends are some of the best I’ve ever had, and it’s taken me a long time to find them. I do not have to restrain my personality to fit what others demand of me anymore. Friendships are more self-serving and intuitive: we both give, and we both take. Having similar backgrounds and shared experiences is no longer a mark of shame that we’re all eager to shed, but something I’m grateful for, as it brings us closer. We’re good enough- more than- for each other and can finally settle knowing we won’t be left behind.