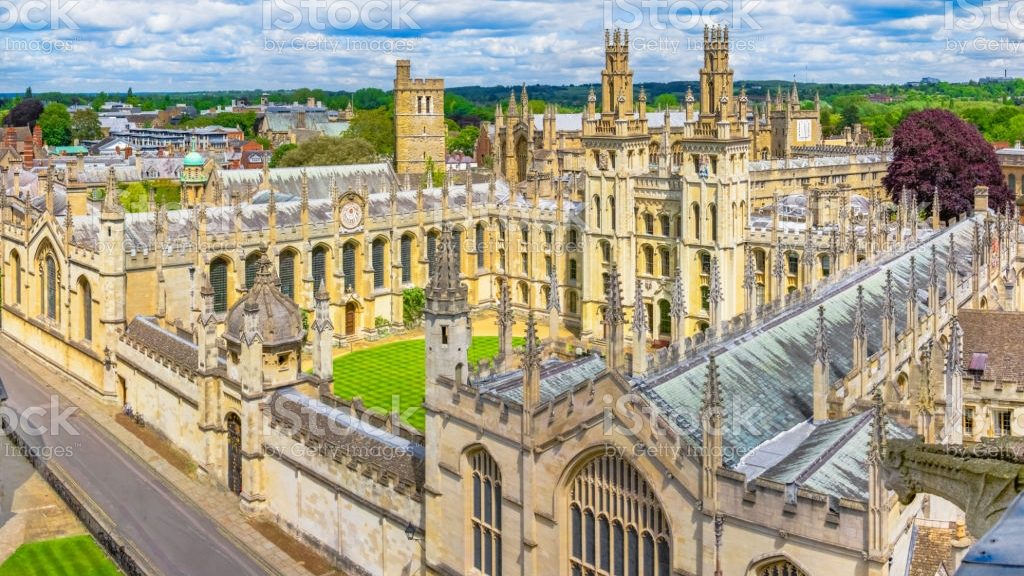 I always wanted to be the best at anything I tried, and because I grew up in a somewhat-small Northern city, attending an okay-school where I worked hard, this was entirely attainable.

I’ve been privileged by an upbringing that granted me access to things like a quiet space to work, and parents who highly valued my education (although, perhaps too much at times).

I enjoyed it when my friends came to me for help with schoolwork or their personal statements, because it meant my work was seen by others.

I worked with the scarce material that I had to create a viable application to university, capitalising upon my interest in language and all things ancient- as well as my father’s desire for me to attain the Oxford brand name- to make the leap from science A-Levels to something I truly craved to study.

But now that I’m here, a desi Classicist at Oxford, I’ve never felt so out of place.

Everything that I thought made me worthy of being here, that I fought to read and learn alongside my studies, feels insignificant. Like dust, blown off the table of assumed knowledge by the first breath of someone about to take over a tutorial with esoteric interpretations of the Iliad that I’ve never heard. Even though I benefit from all that my parents have struggled to provide me with, being here has exposed me to astronomical levels of privilege that I didn’t know existed.

This sort of privilege entails speaking fluent Latin and Greek since you were 11 and having teachers- all with doctorates from Oxbridge in the subject that they teach- who train you to apply for their alma mater from the moment you complete your SATS. Very much unlike the rotating band of substitutes who, having completed unrelated degrees in Sociology or PE, taught me in A-Level Biology. What I put in my university application was my peers’ bedtime reading when they were children. Classics and many of those who study it exist within a bubble. An elitist bubble that is dominated by white men who went to public schools.

I have pitted myself against these people and have tricked myself into thinking this a strange form of meritocracy where we begin and end on unequal footing. I feel as if I can never catch up, visible in how I struggle to understand arguments and references my classmates make, or how my tutor tries to pretend like I’ve made a valuable contribution to our discussions.

There are so many cultural and intellectual nuances that I just don’t have access to: I don’t even know what I don’t know. And I’m scared by how much I feel like I don’t belong.

On several occasions, people have verbalised this to me. First, they notice how much I stick out, how my appearance and ethnic background is less than reconcilable with my degree.

Then, they feel empowered to articulate this to me, with questions ranging from ‘are your parents okay with this’ to ‘why don’t you study your own culture’.

Desi families have a reputation for pushing vocational degrees like medicine or law onto their kids, and as harmful as this stereotype can be, this was still true for me. With this, came many emotional and practical obstacles.

Despite failing to understand exactly what Classics is, much of the desi community around me cannot comprehend why I’m studying a ‘gora’s’ degree, and what I’ll be able to do with it. I had to convince both my parents and a series of concerned aunties that my choice was justified and future proof. I had to insist that I would never want to do something as unstable as archaeology (once I had explained to them what that was). One facet of this that genuinely upsets me is that I need feasible continuity plans to justify what I’m doing to everyone in my life, when knowing how little I belong in Classics makes me struggle to justify my choices to myself; making this whole enterprise feel pointless. It’s not good enough to want to study Classics- it must have reasonable career progression, which I know is not guaranteed. I’m afraid of sharing the burden of this worry with my family, as it would only reaffirm their scepticism about my decision. For all that they’ve sacrificed, expected disappointment but an uncertain future would be a poor repayment.

But I don’t think desis like me, who chose ‘unconventional degrees’, should have to carry the burden of arbitrating between their academic passion and their ethnic background.

This disharmony might never have been so pronounced if not for the inherently exclusive nature of Classics. Classics today is incredibly diminished compared to what it should be, such that it has cast out people like me when we would otherwise have contributed richly to it. To illustrate, the extensive oral tradition that culminated in Homeric epic potentially has roots in Bronze Age literary canons from India, Mesopotamia, and so on.

The very notion of Classics is Eurocentric, ossified at a time when the fruitfulness of western civilisation was used to justify the oppression of peoples perceived as inferior. Why should Classics be limited to (frankly, overstudied) things like Cicero and Greek tragedy, when it would benefit from rightfully including, say, the kingdom of D’mt or Mukarrib rule, instead of shunting them into generalised, antiquated categories like ‘oriental’. In heralding the Mediterranean alone, we consciously shut out all the contributions of other societies. And when we do that, we prevent people who should have every claim to this community from joining it.

I don’t want to feel left out of this discipline, but I also don’t want to be a part of a fundamentally exclusive institution. I want the history of my ancestors to be promoted at the forefront of academia alongside those of my white peers, and not as an addendum found in the back of the appendix. But I don’t want to pretend like I can compete in an arena that I’m not equipped to be in, because I’m a small fish in a big pond and everyone is a Retiarius. Therefore, the natural conclusion is compromise. I switched to Classics and Sanskrit, where I feel capable in a way that I never did with my single honours. I’m also letting my parents down just a little less by honouring our heritage in my studies. But most importantly, I belong.