CherwellIndependent since 1920.
Features Cis-piscion and the difficulties of ‘identifying’ ancient transgender figures 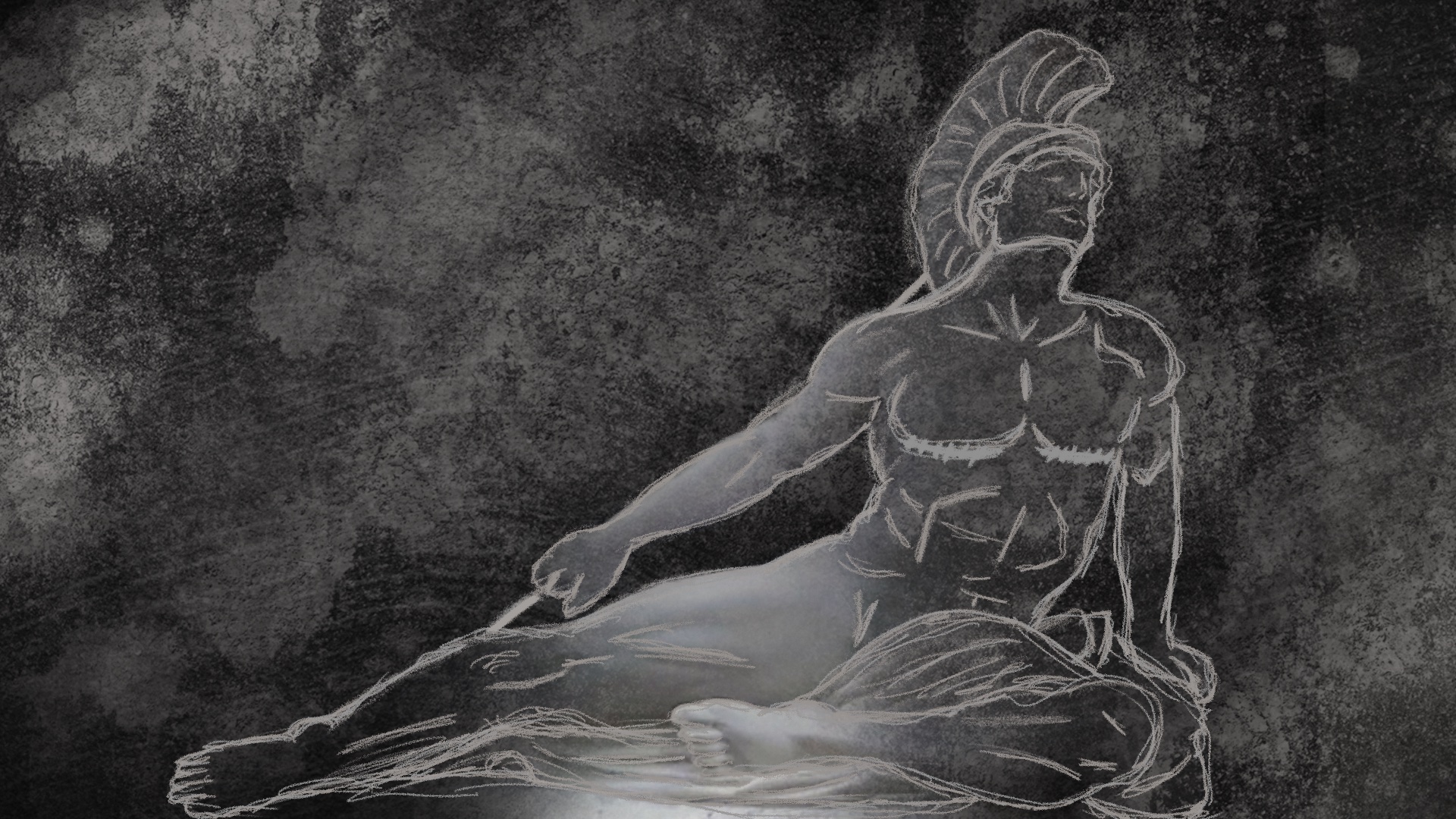 NB: They/Them pronouns are used for any figure whose gender identity is under question unless they identify themselves another way. e.g. Megillos (later in article) identifies as a man and so He/Him is used.

Queer analyses of Classics abound and have grown ever more popular in recent years as mainstream acceptance of these views has also grown, albeit slowly. It is a subject with a very strong appeal to the Queer community, in no small part due to its promise of an escape to a world vastly different from ours, where same sex pairings could be celebrated and gender can be ever fluid – particularly when the gods get involved. Over lockdown my love affair with TikTok brought me ever further into this discourse and I began to see videos hypothesising what identities such and such a figure might have held. I was surprised, however, to find myself very often disagreeing or being irritated by these videos. Had I become one of those historians, so often joked about, who insist that Achilles and Patroclus were simply roommates and that Sappho was just good friends with a lot of women? I don’t think so, and while it might be self indulgent to take an entire article to explain my historical pedantry…that’s exactly what I’m going to do.

One of the most interesting examples I came across on my TikTok for you page was that of Hatshepsut, an AFAB (assigned female at birth) Pharaoh ruling in the early 15th Century BC who wore a beard and other masculine royal regalia and was depicted in statuary and monuments with the stereotypically masculine body of Egyptian Art. Their reign was extremely successful, re-establishing trade routes disrupted by the occupation of the Hyksos, leading military expeditions and engaging in so many building projects that later Pharaohs would try and take credit for many of them. Some have seen their use of masculine depictions as being gender affirming and have theorised that Hatshepsut was in fact trans masculine or perhaps non-binary. While it is entirely possible that Hatshepsut may have experienced gender euphoria from the use of typically masculine regalia and facial hair, the overwhelming number of AMAB male Egyptian Pharaohs clearly shows a societal preference for rulers of that gender. For an AFAB Pharaoh to take power and rule as long and successfully as Hatshepsut did they would need to not only have a male heir still too young to rule, but also to be able to make themselves palatable to the priests and elite Egyptians upon whose support they relied. In this context, the use of typically masculine regalia and imagery might be stripped of its gendered nature and seen simply as the Pharaonic regalia that Hatshepsut utilised in order to maintain their rule. Indeed, to claim that they dressed and behaved this way purely because it was gender affirming seems almost a reduction of what they managed to achieve in the careful crafting of their identity and outward appearance in order to gain acceptance for their rule. It may well be that Hatshepsut would have identified with any one of the labels that have been suggested for them, but to focus purely on that and fail to acknowledge the political and religious facets to their actions is to do a disservice to a fascinating and impressive historical figure. Herein lies the first main difficulty of securely identifying ancient trans figures: how to separate persons acting in accordance with internal feelings of gender euphoria/dysphoria, from those who were simply utilising the tools at their disposal to escape oppression or to be able to wield some political influence in a world that would not usually allow it. Transgressive, though in a different but still important way.

In seeking to identify ancient trans figures we also come up against the problem that ancient views of gender and indeed sexuality were drastically different from our own. Modern views on gender have been deeply marked and shaped by colonialism and even as we try to deconstruct these imprints, the labels we use are still products of that history. As such, in many ways it would be erroneous to try and apply them to people who would not have thought in the same way. A helpful if rather unpleasant illustration of this is the Roman perception of masculinity and the way it was intertwined with sex. As a Roman man it did not matter who you slept with as long as you performed the active, penetrative role during intercourse. To be penetrated as a Roman man was to become lesser, to be feminine and in some way to no longer be a true Roman, as the mark of citizenship was to be inviolate and protected. In this way an enslaved man could never be truly masculine in the Roman sense as their body belonged to another who could do with it what they wanted.

The picture is further complicated by the apparent grey area of adolescent Roman men who seem to have occupied a middle ground between these two states, being still under the control of their father and therefore not yet inviolable in the strictest sense. It may have been therefore that sexual passivity in this time of their life was less frowned upon or seen as somehow permissible. A complicated and viciously toxic mentality indeed. It would be entirely mistaken therefore to apply labels such as bisexual, heterosexual or homosexual to Roman men, because their understanding of sexuality had nothing to do with the gender of the people they slept with, nor indeed any feelings of internal attractions at all. Nor would it be right to suggest that those who did willingly play passive roles in sex were in some way gender non conforming as the vicious Roman authors might claim. Sexuality and gender for Romans was not delineated as it has become for us but intertwined in a complex and toxic mentality of conquest and dominance. This example also shows a further danger of uncritical queer analyses of Classics which have often (Song of Achilles, I’m looking at you) romanticised that which should not be romanticised. The desire to find representation should not blind us to the unsavoury and unpleasant aspects of the Ancient World, nor should we let it drive us to uncritically apply the labels of cis or trans to people who would not have thought in such a way.

A final problem in our identification of trans historical figures is shown in the fact that I had to illustrate my previous point with the unpleasant Roman conception of maleness. I had to do so because it is a perspective that we simply have a lot of evidence for, since our sources from that period come from the dominant, wealthy and mainly male elite who espoused it. This is unfortunately true of most societies and periods in the study of Classics. Even the case of Hatshepsut reveals this, since the main reason we know of them is their royal status. While they were certainly marginalised in other aspects, their elite status still gave them privileges that countless other ancient people throughout history with differing gender experiences did not share and as a consequence of which, are hidden from our sight. The history and identity of Classical societies is viewed through a very particular, elite lens that makes studying the more marginalised parts of those societies particularly difficult. This is most painfully evident in Lucian’s fifth ‘Dialogue of the Courtesans’ where two courtesans are gossiping about a threesome one of them had with another woman and an AFAB person who insists on being referred to as Megillos (the masculine form of their birth name) and proclaims that  ‘I was born a girl just like all the rest of you, but my heart and my mind and everything else is that of a man.’ Words to make the heart of any trans person sing with the joy of representation. Yet the two courtesans, through whom we hear this story, continually deadname and misgender Megillos and misunderstand his identity, asking if he is intersex. The dialogue was written as a comic piece and the butt of the jokes seems unfortunately to be Megillos and his ‘incomprehensible’ identity, which leaves us in a somewhat strange place when analysing it. Was there a real life Megillos on whom the dialogue was based or did Lucian just vaguely know of gender non-conforming people? Or did he perhaps completely invent the entire scenario as one he thought would provoke laughter in his audience? The authorial voice of our sources unfortunately often leaves us with more questions than answers where marginalised groups are concerned.

Are we doomed then to utter cispicion and to burst the bubble of every Queer analysis of Classics? Of course not. The Classical world remains one that was intensely interested in gender, from the transformation of the prophet Tiresias from man to woman and back to man again, to the joining of the fertility aspects of Hermes and Aphrodite into one intersex deity. Queer and trans analyses of Classics therefore remain entirely valid and important because that was a part of the ancient world. It is rather the way that we are often tempted to go about them, by seeking to prove trans existence as some kind of deviation from a norm that didn’t even exist in the ancient world, with which I take issue. Much of the problems of such identifications can be resolved when we stop trying to find an exact reflection of ourselves in the ancient world and figures therein. Does it matter if Hatshepsut was gender non conforming due to internal feelings of gender euphoria/dysphoria or simply an AFAB Pharoah using all tools at their disposal to legitimate their power? The assertion of their identity, the claiming of power and importance in the face of a world and society that sought to marginalise them is surely something we can still feel represented in, whether or not they shared our gender non conformity on a deeper level. To cease to restrict the past with modern labels and a modern understanding of existence is surely to open ourselves up to more stories and more figures who we can relate to and draw inspiration from, even if we cannot see every part of ourselves mirrored within them. To be Cis-piscious, not at all in the sense of denying the existence of gender non conforming people in the past, but rather in allowing such trans analyses to coexist alongside alternative interpretations, will result in a far fuller picture of the variety and life within the ancient world.

So. Historical pedant or accidental optimist? I’ll leave it to you to decide. 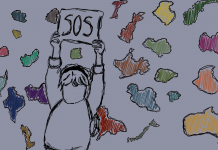 ‘Fear of Kidnapping and Beating’: The ‘Triple Crisis’ of Female Refugee Care