Will Neill analyses the tensions surrounding PM Johnson from both friend and foe. 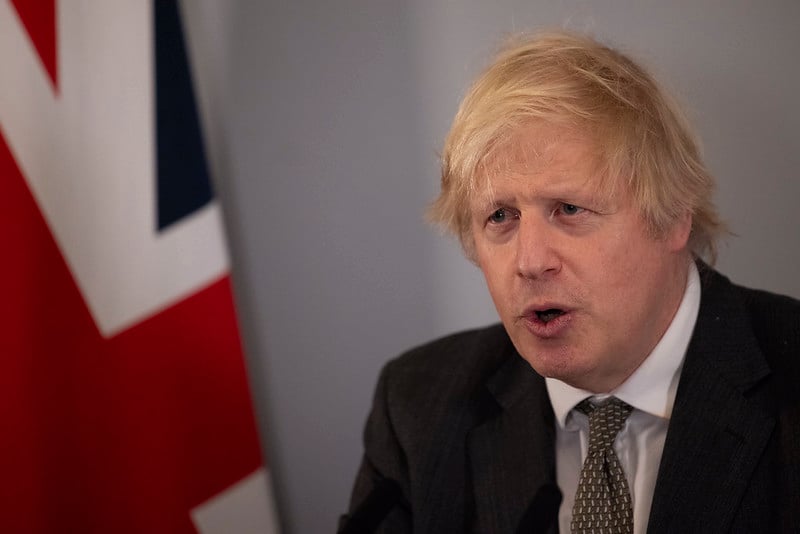 This has been a bizarre week for Boris Johnson. I appreciate that this is an evergreen statement, applicable to basically any week in the past two decades. But this week was a particularly strange one for our Prime Minister. With a self-inflicted corruption scandal, his party plunging in the opinion polls, and his MPs gathering against him; it seems that the Tory Crown Prince’s clown is beginning to rust. Perhaps Bojo has finally lost his mojo.

The annual speech to the Confederation of British Industry is a typical affair for the Prime Minister, an opportunity to lay out their economic vision for the country and hit upon the usual soundbites and buzzwords. Instead, our glorious leader Boris floundered around on stage like a kipper; stumbling and stuttering, losing his place, and at one point literally imitating car noises. In one neurotic moment, Johnson started referring to himself in the third person and even compared himself to Moses – the expected humility from a child who grew up demanding to be World King. Instead of producing a plan to tackle Britain’s food shortages or prevent a future energy crisis, the Prime Minister went on a bizarre tangent praising Peppa Pig World. Boris heaped praise on the Hampshire theme park, concluding that ‘Peppa Pig World is very much my kind of place’ – that makes sense because right now it clearly isn’t reality. The sad conclusion to the speech was Johnson losing his place mid-speech, stumbling for forty seconds and repeatedly muttering ‘forgive me’. Perhaps he thought this was charming or sincere, but it came across like Lady MacBeth desperately washing her blood-stained hands.

This speech dominated the news agenda for the following day precisely because it is symptomatic of the crisis at the heart of the Johnson government. Waffle, mockery and digression all pointing to the black hole of leadership in this administration. Laura Kuenssberg reported that a ‘Senior Downing Street Source’ noted the ‘concern…about the PM’,  calling for the Cabinet to ‘demand serious changes’. This tweet was one example of the growing choir within the Conservative party expressing frustration with Johnson’s style of governing. But as the old adage goes: elect a clown, expect a circus.

Consider the Tory corruption scandal that has been a political whirlpool engulfing the party in the last two weeks. From Johnson’s position, all this turmoil was not just unnecessary but utterly avoidable. If Owen Paterson had simply served his suspension not only would he still be an MP but all the numerous Tory skeletons would be sitting comfortably in the closet, and one could expect that Johnson’s party would remain sailing happily in the polls. Johnson’s pitiful attempt to defend Paterson has unleashed weeks of political chaos. The Tory leader may be a ruthless opportunist, but he is far from an effective political operator as the last few weeks have proved.

This is also a politically risky moment for Johnson, with the leader flanked on both sides. Plotting in No. 11 is long-popular media golden boy Chancellor of the Exchequer Rishi Sunak, waiting eagerly in the wings. But even more troublesome was Johnson’s recent appointment of Liz Truss as Foreign Secretary, darling of the Tory right and someone who would no doubt seize the opportunity if the ball came loose from the back of the scrum, so to speak. Johnson’s Cabinet are as angry with his governing style as they are ambitious. Even key Johnson loyalist and Brexit negotiator Lord Frosh is upping the heat on Johnson, stating that he was aligned with the Chancellor in the ‘goal… to reduce taxes’, blatantly challenging the Prime Minister’s interventionist policies.

Nonetheless, for all the hopes and cross-fingers amongst Johnson’s numerous enemies that the end may be nye, I think it would be wise to hold steady. As Mark Twain once wrote about himself, reports of Johnson’s demise may be greatly exaggerated. Boris Johnson is the definition of a teflon politician: nothing sticks to him and he has an almost supernatural ability to bounce back. His numerous affairs, his failed post-Brexit coup, his shambolic Foreign Secretaryship, his poor handling of the Coronavirus outbreak; all instances where political journalists have deemed this to be the final end to his streak and yet every time he has defined his political termination. Boris not only has the appearance of the balloon, his political career has also floated continuously and unfathomably upward. A mixture of opportunism, selfishness, and cunning has ensured his continuous ascension. But much like Margaret Thatcher’s usage of the royal ‘we’ in 1989, perhaps the self-aggrandising comparisons to Moses and usage of the third person in his CBI speech prove  too much. The ever-rising ascension of Boris the Balloon could finally pop.

However, there is a reason the Conservatives hold the title of the world’s most successful political party. They are ruthless. Johnson may have won the 2019 election and been essential in providing Brexit, but if he proves to be a liability they will rid themselves of him as ruthlessly they vacated Mrs Thatcher. For now Johnson is a winner, but every streak ends, and no one is bigger than the party. As Keir Starmer said last week, in reference to Morrissey’s famous song, perhaps the joke simply isn’t funny anymore.