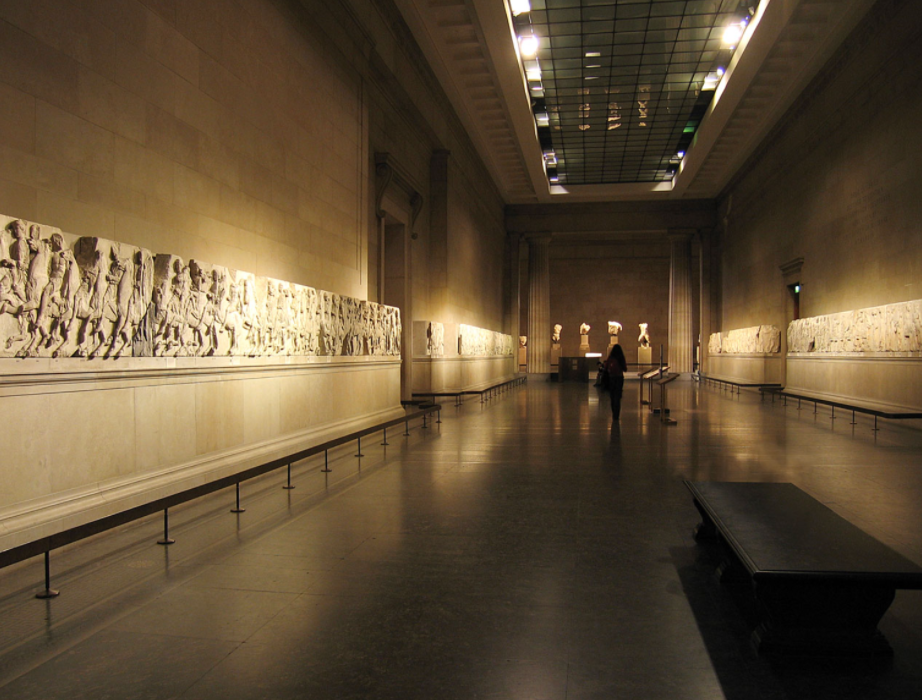 An essay arguing for the return of the Parthenon Marbles by the former Oxford Union President Boris Johnson has been revealed for the first time.

The essay, titled, ‘Elgin goes to Athens – The President marbles at the Grandeur that was (in) Greece’, was written in 1986 for the Oxford Union magazine, Debate. Journalists from Athens newspaper Ta Nea found the article in an Oxford library and have made it public.

21-year-old Johnson notes the complex political issues concerning the artefact’s location, stating ‘they are on the one hand the passionate national feeling of the Greek people, and on the other the sophistry and intransigence of the British Government’. However, he later express that the British government should ‘restore to Greece the sculptural embodiment of the spirit of the nation.’

The Parthenon Marbles, a collection of sculptures created under the supervision of Phidias, are also known as the Elgin Marbles after the man who arranged for their transport to England.

Lord Elgin argued that the Marbles were authorised by an Ottoman edict to be taken to England at the turn of the 19th century. However, no such official document has been found. Elgin later sold them to the British government in 1816 for £35,000, a controversial decision in Parliament even at the time.They have been located in the British Museum since their acquisition.

The debate over the Marbles gained momentum in the 1980s after the Greek minister of culture, Melina Mercouri, campaigned for their return. In those same years Johnson’s article revealed that he was sympathetic to the Greek campaign, hosting Mercouri at an Oxford Union debate on the matter. The chamber voted in favour of the Marbles’ return to Greece.

The British government has consistently disagreed with the Greek government over the issue, arguing in 1983 against the return of the Marbles because the ‘transaction had been conducted with the recognised legitimate authorities of the time’. The current prime minister of Greece, Kyriakos Mitsotakis, and culture minister, Lina Mendoni, have said that they are ‘stolen’.

In September 2021, UNESCO told the UK government that it would be “legitimate and rightful” to return the Marbles to Greece.

Classics student Boris Johnson seems to have agreed with that view; however, as a politician he has rebuffed the Greek government’s request. In March, Johnson said that “the UK government has a firm longstanding position on the sculptures, which is that they were legally required by Lord Elgin under the appropriate laws of the time and have been legally owned by the British Museum’s trustees since their acquisition.”

Johnson, who wrote that “the Elgin Marbles should leave this northern whisky-drinking guilt-culture, and be displayed where they belong: in a country of bright sunlight and the landscape of the Achilles, ‘the shadowy mountains and the echoing sea’”, has since altered his stance and has aligned himself with the general opinion of Whitehall.

Diary of a Wannabe Bilingual