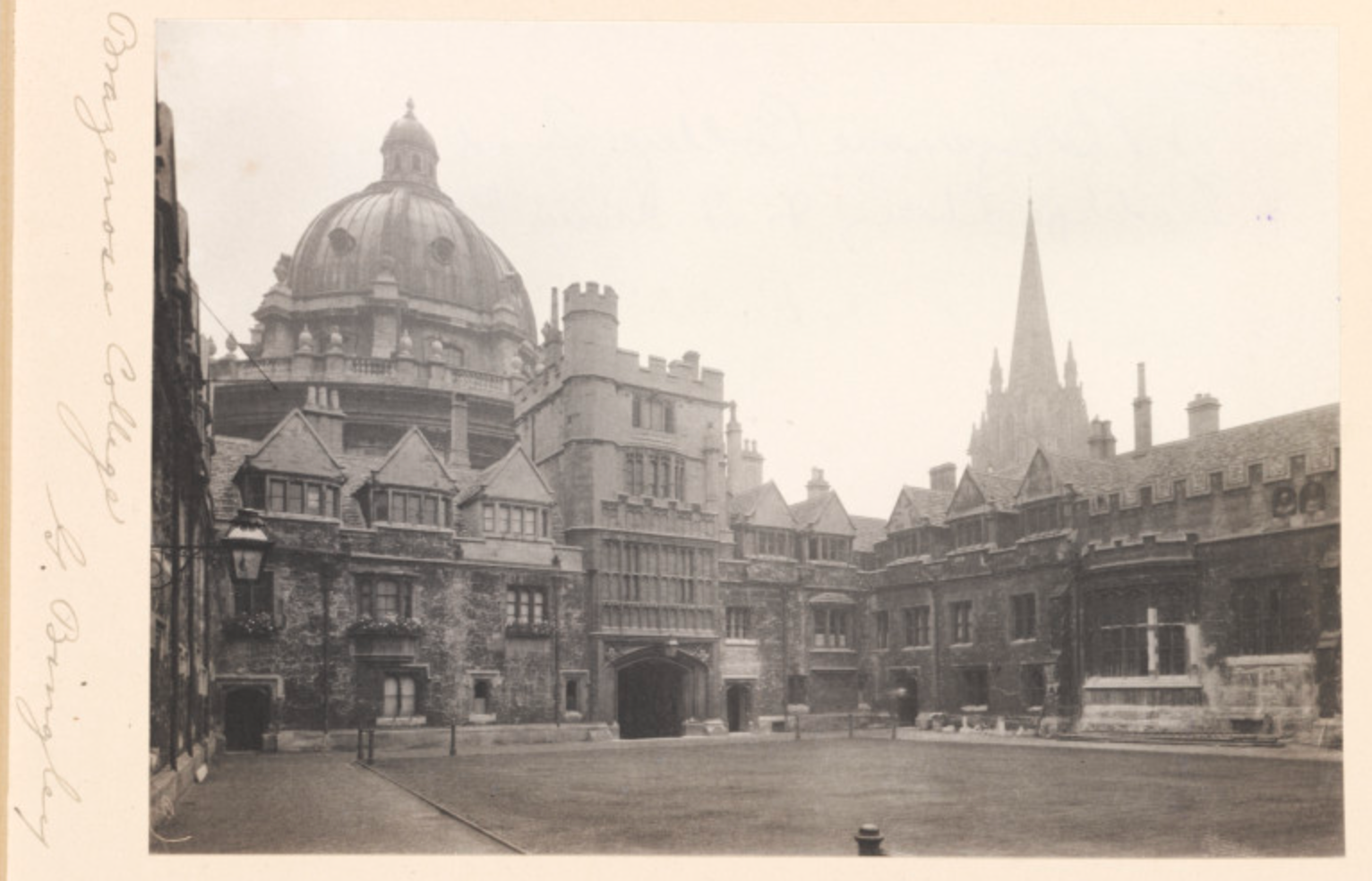 The construction of additional undergraduate accommodation in Brasenose College’s Frewin Annexe has yielded a wealth of archaeological finds, some of which are helping to improve our understanding of the former St Mary’s College.

St Mary’s College existed for only one hundred and six years, between 1435 and 1541, and was situated on what is now New Inn Hall Street. Nothing now remains of the Augustinian run college above ground except for a single gateway, with the location having been occupied by Brasenose’s Frewin Annexe since 1789. Due to its relative obscurity, St Mary’s has become known as “Oxford’s Lost College”.

However, Brasenose College’s decision to construct further undergraduate accommodation in the annexe has led to an unprecedented opportunity to excavate the site on which St Mary’s stood. Alongside the heavy machinery required for the new building’s groundwork, 20 archaeologists from Oxford Archaeology are sifting through spoil and hand excavating parts of the site.

Already their work has borne fruit, with the broad range of artefacts recovered being described as “quite remarkable”. The finds include a long cross silver penny, part of a bone hair comb and a glazed medieval tile fragment. Examples of lead glazed Cistercian ware and stone ware of possibly Rhenish origin have been recovered from the southwest of the site, which suggests that this area was used as an area for domestic waste disposal in the first century of Brasenose’s inhabitation of the site.

Significant Tudor foundations have also been unearthed, probably forming part of St Mary’s College. In the northeast of the site a possible limestone floor has been unearthed between the remains of two walls that run east to west. The more northerly of the two walls is likely the southern boundary of the defunct college. The foundations themselves are 1.4m wide which is identical to those identified during earlier excavations and has been interpreted as the Chapel for the former College.

Also coming to light are pit fills full of deposits relating to the demolition or construction of stone buildings. It is likely these are in fact demolition deposits associated with the dismantling of St Mary’s College. The former college, which was closely associated with Osney Abbey, shared the fate of its founding institution during the Dissolution of the Monasteries and the start of the English Reformation.

Along the south of the site a complex sequence of less impressive stone structures are being deconstructed. It is almost certain that these belong to a building, but its full dimensions are yet to be identified. On the west side of the site a different sequence appears to be emerging, with less later pits and demolition deposits but more garden-like soils.

Work is ongoing, so it is likely that the site will continue to yield artifacts and structures of significance, shedding new light on one of Oxford’s lesser-known chapters and holding out the promise of piecing together a more complete picture of both town and gown.