CherwellIndependent since 1920.
Comment Vaccine inequality: Disparity in the distribution of the Oxford-AZ vaccine around the... 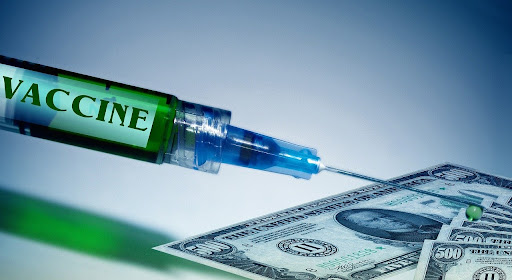 Omicron has spread across the country, and it looks inevitable that we will soon surpass  200,000 daily cases. More than 1% of the country have tested positive for COVID in the last week, and the danger of novel COVID-19 variants has never been more clear. Each new person infected with COVID comes with increased potential for another mutation of the virus that could make it more infectious, or more able to breakthrough the protection created by vaccines. It is in all of our interest, therefore, to prevent the spread of the virus across the planet. Despite this apparent motivator to protect people worldwide, the United Kingdom, among others, is now giving its citizens their third dose of the vaccine despite almost 40% of the global population remaining unvaccinated. Among low-income counties, less than 10% have had even one dose.

The blame for this disparity can be put at the feet of many. At the encouragement of the Bill and Melinda Gates Foundation, the vaccine developed at Oxford was licensed exclusively to the multinational AstraZeneca (AZ). This is despite the fact that the vaccine platform used was 97% publicly funded The defence of this move at the time was that the vaccine would be offered ‘at cost’ (not for profit) everywhere for the duration of the pandemic and in perpetuity in low-income counties. However, much of the manufacturing of these vaccines has been done at India’s Serum Institute, which via some clever licencing arrangements has avoided this restriction, charging $7 per dose for the vaccine in Uganda, where the EU was charged $2 per dose by AZ. Given the terms of the agreement, it seems unsurprising that AZ appears to be in no rush to sell vaccines at cost to low-income countries, who remain essentially unvaccinated.

The reasoning behind Oxford University agreeing to this deal could seem unclear, given the proposed alternative of releasing the licence to produce the vaccine for free, “Open Source”. A very cynical answer would be the substantial profits that the University stands to make from the deal. These include $10 million upfront, a further $80 million in “milestone payments”, and 6% of any profits made. I would argue though that a larger cause is a pervasive neoliberal ideology. A sincerely held belief that there is no effective motivator beyond profit. In this framing, it is held that without the potential for a multi-billion dollar company to make money from a tragedy the vaccine would not be produced safely and effectively.

While the exact involvement of the Bill and Melinda Gates Foundation is unclear, I think it is unsurprising that Bill Gates, once CEO of Microsoft, would oppose the principles of Open Source. During his tenure at the company, it used the internal policy of “Embrace, Extend, Extinguish” to systematically disadvantage competitors by crushing Open Source projects. The dynamics of commercial pharmacology are different from those of computing, but I believe they are nonetheless worth comparing. To some, the work done by others, made available for them for free, is little more than a potential for more profit.

It is an open question where we can go from here. One proposal with widespread backing, headed by India and South Africa, was to waive patent protections for COVID vaccines internationally. This would allow countries to produce their own vaccines at cost, and could dramatically accelerate the worldwide rollout of the vaccines, helping us all. The move, opposed by the UK, has its own problems, many of which could be resolved by a more thorough sharing of data by vaccine manufacturers, a truly Open Source approach.

The pandemic is not unique in showing the greed of private corporations, but it does bring into sharp contrast the profound global inequalities that exist in healthcare, exacerbated by the actions of private capital, and founded on a political philosophy that can see no good beyond profit. Global health is one area among many where public goods are co-opted by private interests to turn a profit. It is one area among many where lives could be improved by principles of openness, sharing, and transparency in the goal of the common good.