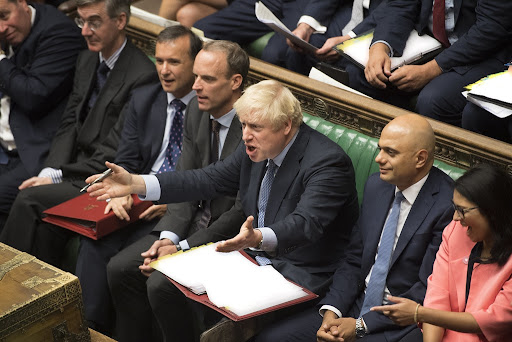 If there ever was someone to understand the ins and outs of parliamentary figures, the man who pantomimically bellowed “Order!” across the House of Commons for over a decade would certainly be a strong candidate. Recently, John Bercow appeared on Good Morning Britain to acrimoniously denounce Boris Johnson as “the worst” prime minister he had seen during his political lifetime.

Boris Johnson and controversy have hardly been distant cousins. He has been personally accused of racism, condemned for Islamophobia, mired in a toxic mix of affairs and adultery, elicited dubious government contracts on the back of a pandemic, and sheltered for far too long a health minister famous for all the wrong reasons. The irony became clear when I recently asked my friend “Did you hear of the latest Tory scandal?” to which they responded, “which one?”. In recent months, the satin black walls of 10 Downing Street have been more akin to a celebrity Big Brother house than a political citadel. It might be fair to say that, under Johnson’s tenure, the Tory party’s vices seem to be strongly outweighing their virtues.

It seems as if the doomsday clock is close to striking twelve for the conservative party. And the recent revelation of 10 Downing Street’s festive function may just be the final nail in the coffin. Bercow described this transgression as one symptomatic of Boris Johnson’s disposition as a man who “stinks in the nostrils of decent people”. Whilst countless people across the nation were forced to give the cold shoulder to their close family and friends, wind down the tinsel, and watch the New Year’s Eve fireworks from the cold comfort of their own homes, the cabinet rolled out the mulled wine and turkey to throw a boozy bonanza before the Queen’s speech. The nation retreated into the domestic sphere and fell silent; the government rejoiced in the streets whilst they were hollow and empty.

To many opposition voters and – it must be stressed – perhaps even more so conservative voters, the betrayal is palpable. Many of the government’s previous misdemeanours were reprimandable, no doubt, but seemed abstract, untouchable, and distant. Matt Hancock’s front-page flirtations induced more entertainment than outrage for many. The headlines became commonplace – banal, even. But what happened at 10 Downing Street was far more sinister than the Grinch cancelling Christmas: it was a sharpened spear thrown directly into the heart of the British psyche. Many voters – Labour, Conservative, and others alike – have pitched forward to express their indignance. Mothers, fathers, sons, and daughters had to miss their relatives’ last words in hospital beds. Others were deprived of their senses, only able to speak to their relatives through the pixels of an iPad screen, unable to hug, smell, or listen to their loved ones for the last time.

A profusion of political consequences now lies in wait for the government. With the Omicron variant now spreading through populations like a hot knife through butter the government has moved the national COVID alert level to Tier Four. Despite the dully repeated phrase “learning to live with COVID”, it is clear that the government is likely to rekindle used strategies of prevention, or enforce new ones. Masks are being re-mandated, and a fresh batch of vaccines are ready to be administered for a new booster programme.

However, as all things in life ebb and flow with time, so does the resolve of the public to adhere to government restrictions. The first national lockdown was draconian; citizens were scared to leave their homes for a small walk in the park. Borders between family members, friends, strangers, regions, and nations became welded with iron. Fast forward in time to the third lockdown, and we see mass anti-lockdown protests, and a waning enthusiasm to remain living in fear of the virus.

So, what will the public say if new measures are introduced? Will we listen, docile and obedient, to the advice relayed to us through our television screens in the knowledge that the government so bitterly betrayed us last time round? Will young people refrain from clinking their beer-swelled glasses at the pub? Will the Sunday shoppers take to their laptops instead of the highstreets? Where will the elderly go to play bowls and bingo? Will anarchy break loose? And, most importantly, will the government manage to abide by the rules which they themselves put into motion? Perhaps it is rather trite, but Starmer’s proclamation of “one rule for us, another for them” has never bore such heavy truth. Boris Johnson’s grip on sovereignty seems to be rapidly loosening.

The goalposts set by our government have been subtly shifting in plain sight for quite some time now. A shifting political baseline syndrome has infected our nation and become the norm. We now judge the present actions and behaviours of our government with respect to the recent past. What was previously unacceptable in the political realm thus begins to creep into acceptability. This time, however, the general public have taken notice. The irony has become clear, and the iron-fist of government-imposed law now seems to be limp and flaccid. Jacob Rees-Mogg’s comments that “this party is not going to be investigated by the police in a year’s time” clearly demonstrate a hubristic lack of prescience; it’s no skin off their nose.

Recent governance has somewhat resembled a game of Russian Roulette. This time, the gamble may not have paid off, and the cabinet might have finally shot themselves fatally in the foot. It seems rather appropriate to rehash one of David Cameron’s old comments; the public has now realised “you don’t need it to be Christmas to know when you are sitting next to a turkey”.

One theme which seems to have permeated through Tory drama in the last few months is that of flirtation. Affairs, accusations, adultery, and so on. Johnson and his Cabinet have long been flirting with the possibility of anarchy; perhaps, then, the time for a first date has arrived. 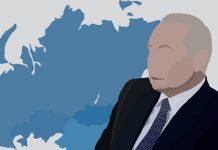 Back to the future: Putin’s return to classical geopolitics