Isaac Ettinghausen reports on the return of Wonka to Oxford. 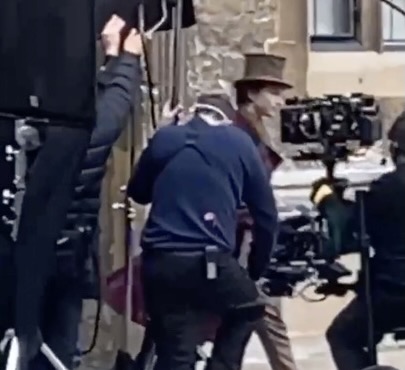 Oxford’s city centre was sent into chaos today by the filming of Wonka, the Charlie and the Chocolate Factory prequel starring Timothée Chalamet.

Filming has been taking place at the Sheldonian Theatre, Radcliffe Square, and the Old Bodleian Library. Road closures are in place, with pedestrians and vehicles being held for up to ten minutes at the junction of Catte Street and Broad Street.

Parts of Hertford College are being used to make up and dress members of the cast. Kirsten Fletcher, a student at the college, had a meeting this morning relocated as Hugh Grant was using the location as a dressing room.

Fletcher said that it was “a lot busier coming in and out of college”. Wang Sum Luk, another Hertfordian, described students being “yelled at to move out the way”. Many students at the college have reportedly taken to working in the quad rather than the library for a chance to catch passing cast members.

When filming started in the Bodleian Library quad, staff at the Old Library were even forced to draw the blinds to stop students peering out the windows at the action below. A student at the library described the scenes as “madness”.

The film, set to be released in March 2023, features Chalamet as a young Willy Wonka. It also stars Olivia Colman, Rowan Atkinson, and Hugh Grant.