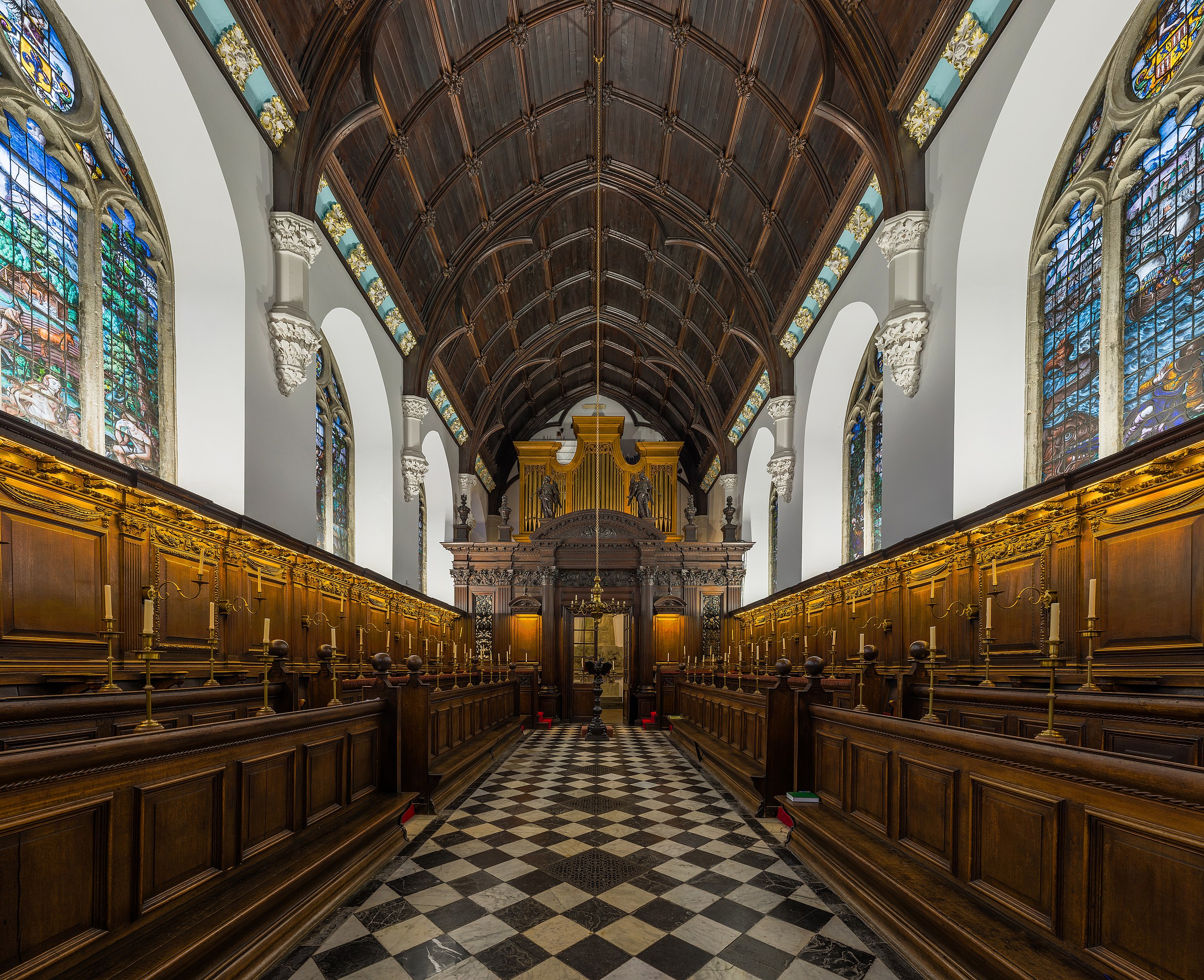 “At least things are sort of normal now”.

This seems to be the constant refrain of students, fellows and staff in the university as a whole, and hopefully this will continue. However, when thinking about the impact of COVID-19 on the college chapel communities it is impossible not to look back on the previous year, which incidentally was my first year here. For most of my time as a fresher, the college chapel was my main way of socialising (outside of eating in hall) so the time I spent at services and after is particularly special to me. The strangeness of last year seemed to be magnified within the chapel, so I thought I would take you back through some of the ways in which Lincoln chapel adapted to COVID-19.

The COVID secure one. All services were conducted in masks and socially distanced, as in line with government guidelines and with maximum caution. Chapel breakfast involved us standing fairly far apart in Chapel Quad with various pastries bought by the chaplain, which caused problems when it was raining (as it often does in Michaelmas!). The marquee also made an appearance after evensong, which was either slightly alarming during high winds or very warm due to the large heaters. Another unwelcome guest was the evensong booking system, which I frequently forgot and ended up sitting in my room with my windows open (a terrible idea in December, but I really wanted to hear the choir). At various points in the term we had to go online, and this led to snacks being pidged on an almost industrial scale, so we could still enjoy chapel breakfast. Virtual carol service was a particularly odd spectacle, especially for those with memories of an Oxford without COVID, and the christmas dinner (staggered across a few days) was left feeling rather hollow. We left our last (virtual) eucharist of the term wondering if we would be able to return to Oxford for Hilary…

The term that never was. Or rather, the Teams/Zoom term that everyone would rather forget. Like the majority of University activities, chapel was also on Zoom for the entirety of the term- with evensong streamed on Facebook. The majority of us were very familiar with zoom church from the previous lockdown and the various new rules surrounding worship (mute whilst singing and praying please!), but it was still a strange shift considering the relative freedom we were allowed in Michaelmas. The service itself had to alter in order to accommodate the fact that we were all spread out across the country. Holy communion became rather more symbolic, with our chaplain holding the bread and wine up to the camera of his phone (which I believe was propped up on the lectern). Tea and coffee afterwards also gained a new dimension, and it morphed into a way of keeping in contact with new friends- without the luxury of bumping into them on Turl Street or in the library. Live Streamed evensong was a surprise hit, with the choir recording solo or duet performances and readers being pre recorded and edited into the service. There was the odd glitch, but overall it did work well. Being away from the chapel for a whole term made me realise just how much I valued the communal aspects of worship which only really work when the congregation are all under one roof. But, there were some lighter moments, which included comparing snack preferences and discussions of Oxford in the snow (a phenomena that I have only seen via a Zoom call!) and I am grateful that the services continued during our time away from each other.

The ‘normal, but not quite’ term. In the chapel, Trinity was essentially identical to Michaelmas, with one key difference. The weather. Our chapel’s heating pipes are from the 1950’s (or thereabouts, I’m not a heating expert), and they decided to run on the highest temperature for some of the hottest days. I (embarrassingly) nearly fainted, but the one advantage of the warmer weather was that breakfast could be enjoyed outside without worrying about being drenched or blown away. The appearance of the chaplains puppy was Alalso welcome, as discussed in a previous column, the little puppy was so keen to be involved in chapel life that a few cardigans, tights, flowerpots and hands became casualties. The evensong booking system was abandoned, and things began to feel more relaxed in the chapel as we hurtled towards prelims. Sadly, towards the end of term we ended up back on Zoom, but this really couldn’t have been avoided. We left for the Long Vac feeling rather deflated, but optimistic that the next year would be different, and we would get to experience what a ‘real’ Oxford chapel service was like.

With less restrictions, it was time to get back to ‘normal’ in the chapel. But what was normal? One of the things I am struck by when I speak to older students or fellows, is how many traditions seem to have either been forgotten or fallen by the wayside. Institutional memory can be characterised as “the stored knowledge within an organisation”, and I have heard it argued that Oxford and its chapels are currently experiencing some form of ‘Institutional amnesia’. We are very conscious that there are traditions and practices that should be upheld, but those who would usually remember have either left or had their studies disrupted by COVID. The quest for ‘a new normal’ is a society wide concern, but as a chapel community, how do we find this ‘normal’ when we have no knowledge of what it was to begin with? Some well loved elements of chapel life have returned, such as chapel breakfast and a full evensong, but I worry that some parts of religious life at Oxford will just wither away. In writing this column I have been able to share some of ‘the new normal’ in chapel, and I hope you have enjoyed coming on this adventure with me.