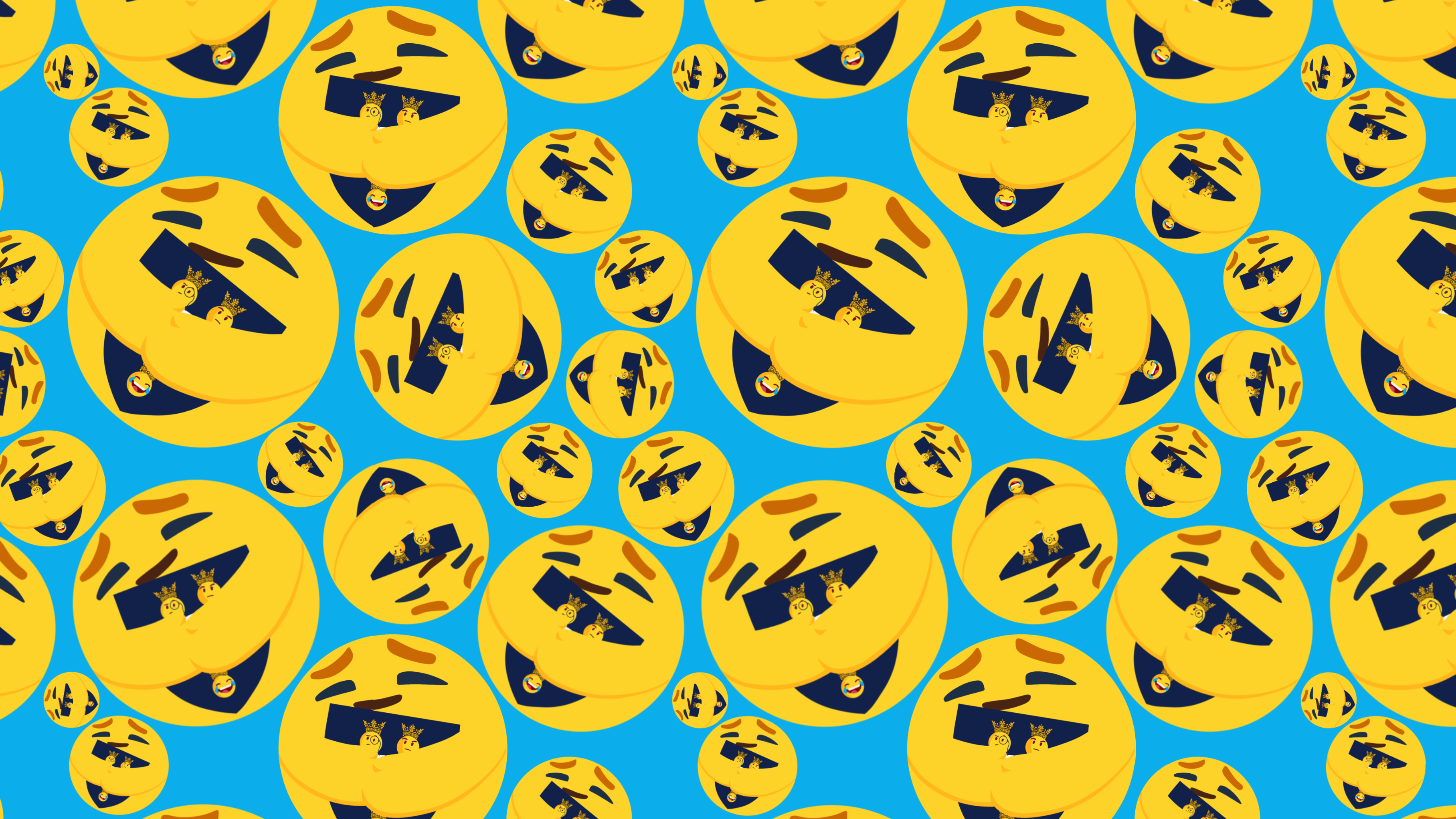 Let’s imagine it’s night-time, you’ve settled in for an early one after a long old day, and you decide to innocently scroll through the world of Facebook with your parent/friend/girlfriend/whatever. Perhaps you’re excited to show them the latest update to the Jesus College football team, or desperate to enlighten them with the news from the SU elections from your local hack. You scroll further and let out a sigh: that now-familiar monstrosity crosses your feed once again. “Keble freshers as ingredients from Najar’s”.

Sorry, what? Are they a bit confused? They’ve simply seen the latest in one of the more popular trends on Oxford’s thriving online confessions forum, Oxfess. Now the booming popularity of a site where people daily reincarnate their friends as Heston Services or coronation chicken may come as a bit of a surprise to them – especially after you’ve stood there with that ever-so-knowing smile at any previous mention of the word ‘ox-’ in conjunction with you in the past – but it comes as no surprise to you.

For as we all know, Oxfess is a thriving page, probably the most vibrant social network in Oxford: one part teen heartbreak, two parts class warfare, hub of endless gossip from the Rad Cam to Cowley Road, eternal shoulder for the stressed-out STEM student to cry on, and all the rest. And yet, why? Why does this anonymous page receive so much attention, when there are undoubtedly/probably better channels for much of the above? And, perhaps more importantly, is it possible it can do more harm than good?

Let’s begin with that first question. Why the fixation? The answer may seem rather obvious. Let’s face it, we’re all young, many of us teenagers. Half (at least) of what anyone wants to talk about is sex, relationships, love – it makes sense that many would flock to a site where we can anonymously get our fill of a cheeky bit of gossip. And indeed, you can hardly go five seconds on the site without something along the lines of “I can’t believe I ever went out with you / You were so shit in bed.”

Yet it was a different phenomenon on Oxfess that caught my eye. This was the abundance of that familiar prefix ‘ox’, positioned before almost any verb. A brief survey found a few regulars: ‘oxhate’, ‘oxlove’, ‘oxconfused’, and for those with stronger tastes, ‘oxfuckyou’. Given that the crowbarring of that holy syllable ‘ox’ before a word carries absolutely no practical purpose, why the ubiquitous use of this ‘Oxford language’? Do we feel that by applying said prefix, our words are imbued with a certain majesty, a clarity of purpose and superiority conveyed quite simply by the name, Oxford (University of, that is)?

Perhaps not, but the creation of this kind of unique ‘language’ certainly reveals some motivation for Oxfess’ frequent usage. Oxford is undeniably a very cult-y place. The intensity of short terms, in conjunction with the somewhat tribal collegiate system, creates a very unique bubble. It’s very difficult to define an exact ‘Oxford culture’, but it’s undeniable that many turn to Oxfess as a way to tap into it.

The reason for that is simple: Oxford is like any other university, a diverse ecosystem of students all co-existing, each with their own stresses, likes and dislikes. As an authentic student platform, where posts are made and shared by the student, and importantly by any student, it has status as a hub of shared experience, in creating a sense of community.

Here is a place where anyone can share their fears or worries, their embarrassing or shameful stories, with no fear of judgement, or can ask for help and advice. I personally must say I have taken some joy in seeing my anger at Oxford’s terrible WiFi and Microsoft Authenticator usage (surely the most inconvenient system for signing in possible) being reciprocated online. Moreover, Oxfess is, of course, for Oxford. It’s a page where not only will everyone understand what you mean when you say “college puffer” or “suicide sconce”, but they will also get the unique stresses that come with being a student here.

Oxfess’ popularity, then, can be explained as many things: a source of salacious gossip, a provider of genuine mirth at times, a function as some kind of societal hub, and if all else fails, a reminder that yes, you do go to Oxford and yes, you understand that lingo. Yet is it possible that this weird and wonderful site can it fact be malevolent, and its anonymous musings can in fact be a source for problematic tension that cut far deeper than we realise?

Theodore Roosevelt once said that comparison is the thief of joy. Any student today will understand exactly what he meant. Show me someone who has never in their life felt a twinge of sadness, a glimmer of FOMO when searching through social media and I will show you a liar.

Being an anonymous forum, Oxfess theoretically removes that threat, while also allowing ‘confessions’ to be brutally honest without fear of public judgement. Yet while it is of course conferred with good intentions, I believe that Oxfess’ mask of anonymity, while beneficial in most areas, is in fact highly detrimental in an area which should arguably be its most important.

As mentioned above, Oxfess is a forum where people discuss things from the city’s best bike shop to the maximum number of people it is socially acceptable to get with on one Thursday night at Bridge. More troublingly, however, it is also a place where genuinely serious matters are discussed: cases of discrimination, of abuse, of institutionalised bigotry. Oxfess’ nature as a place for such whistleblowing is a credit to it and to the trust the student body has in it as a genuine platform for them.

Moreover, this is not to say that such stories should not be said on places like Oxfess; it is highly important that people are made aware of them, and perhaps Oxfess’ popular appeal means it is a necessary platform. Nevertheless, I believe that what makes it in many ways a force for good at Oxford, in fact does the opposite when concerning such serious issues. While its gossipy nature is in general student life funny, entertaining, and excellent escapism from a long day of work, it becomes problematic when it begins to trivialise genuine problems, several examples of which occurred in the previous couple of months.

Towards the end of the Hilary Term, several cases of college-based discrimination/abuse were posted about on Oxfess. Such stories spread like wildfire, and soon several posts a day went something like “So is anyone going to tell us what happened with…” By turning these events into pieces of gossip, it spreads them beyond the control of whom they actually concern, and can lead to situations where two camps use the cloak of invisibility provided by Oxfess’ anonymity to throw shade at each other continually, thereby exacerbating the situation instead of actually talking about it.

Perhaps we should simply take Oxfess for what it is, however: a fundamentally harmless forum for advice and gossip, and a place for Oxford’s famously neurotic community to let off some steam. After all, whenever you’re feeling frustration at Eduroam shutting off for the 17th time that day, you know exactly where to turn. 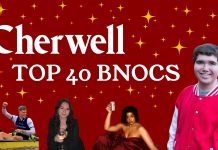 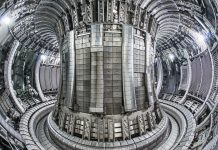 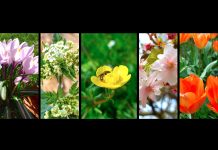 How to survive May Day