Cosimo Asvisio reviews Wadham College's garden play, a modern take on Much Ado About Nothing. 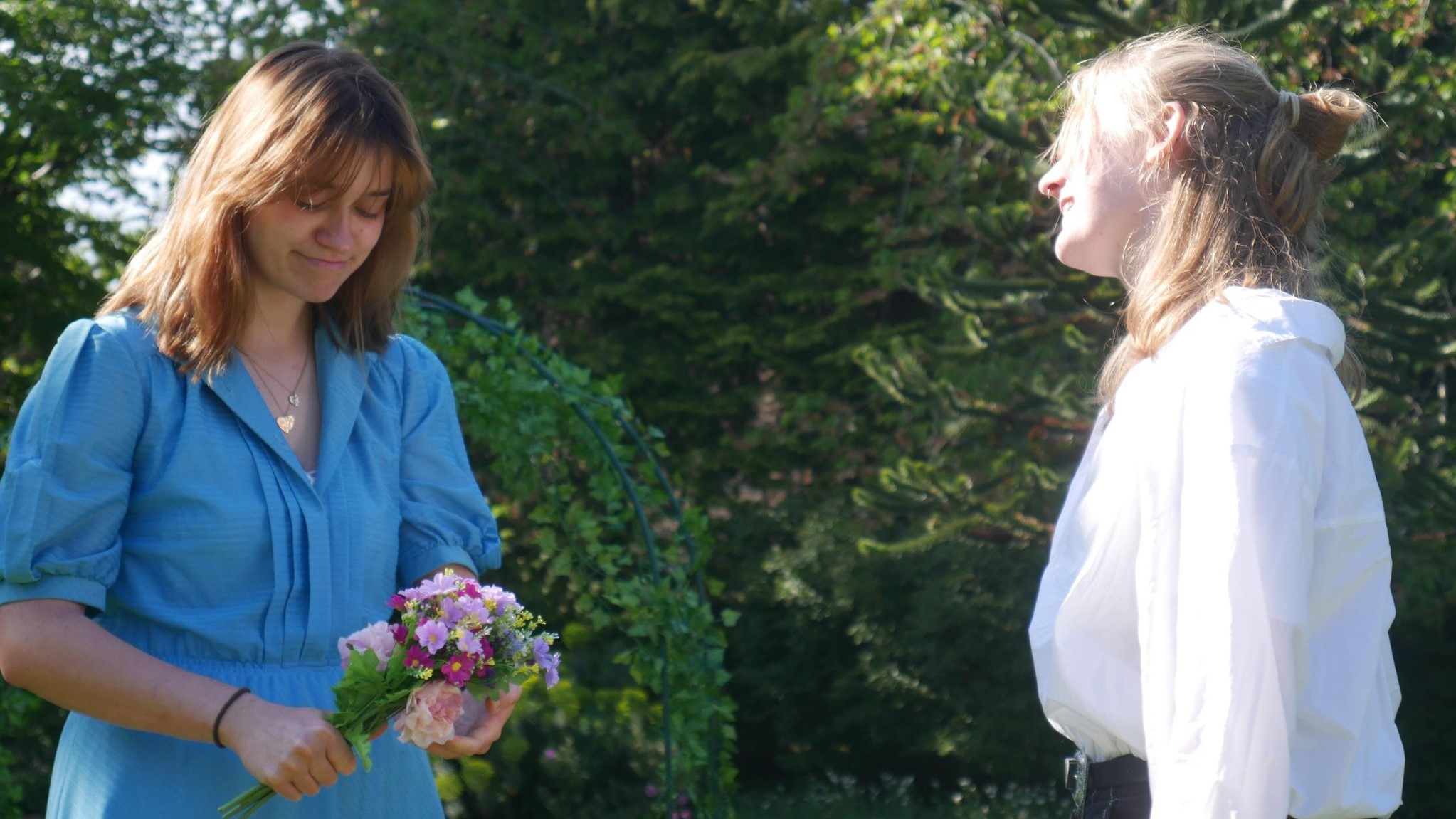 “Some Cupid kills with arrows, some with traps,” declares Darcey Willing’s Hero in the third act of Wadham College’s outdoor production of Much Ado About Nothing. The productionharnesses its idyllic, summery setting to explore the themes this quotation encompasses: ideals of love and courtship in a world dominated by gendered notions of how honour is achieved, and the use of deception as a means to an end. While maintaining the play’s comedic nature, Wadham’s Much Ado also reminds the audience of the sinister gender imbalances that characterise the play’s setting, Messina.

The company’s decision to go for a modern adaptation of the play renders its themes accessible and, importantly, relatable. The scene of the ball organised by Don Pedro (Sohaib Hassan) in the first half – with its modern music, hilarious attempts at flirtation, and long choreographed dancing sequence with the entire cast onstage – plays upon well-known cultural tropes, pairing a satirical social commentary on upper-class courtship with party imagery we all recognise.

The inventive use of costumes and props throughout offers a visual entry-point into the themes of Wadham’s Much Ado. Deception and secrecy go hand in hand with the fulfilment of love. The anonymity embodied in the animal masks at the ball plays into this, especially with the choice to give the villain Don John (portrayed masterfully by Aravind Ravi) and his cronies (Alex Kahn as Borachio and Emily Oldridge as Conrade) masks with the faces of particularly threatening animals, including a bear and a rather savage-looking frog. Yet, the visual highpoint for me proved to be the journey Benedick’s (Ailbhe Sweeney) wardrobe took over the course of the play. As he begins to understand his love for Beatrice (Vicky Stone) and to act accordingly, he casts behind the white and black outfit that previously presented him as a soldier, a man, and a follower of Don Pedro, and attempts to celebrate his emotions with increased colour.

The ambiguous nature of deception – as something that can aid, as much as endanger, one’s fortunes – is emphasised through the contrasting use of stage space in scenes focused on Don John’s conspiracy and on Benedick and Beatrice’s love story. Both Don John and Don Pedro, and their respective retinues, actively work to deceive others; the difference, however, is that Pedro wishes to bring Benedick and Beatrice together, while John seeks to sow chaos in Messina.

Wadham’s Much Ado ably works its way around these contrasting types of deception. The fact that what Pedro and his friends Leonata (Lucy Turner) and Claudio (Jules Upson) are doing is harmless to Benedick is reinforced by allowing Benedick to dominate the stage with comedy, reacting theatrically to what he hears others say while attempting not to be seen by them. Physical proximity translates into emotional affinity, and friendship. Don John’s ruse, on the other hand, is a threat for the play’s protagonists: the scenes where he and his followers formulate their plots feature the near-immobile figure of John in centre-stage, which has an unsettling effect on those watching when compared to the show’s general dynamism.

Despite appearances, Much Ado is not purely lighthearted entertainment, and Wadham’s production both highlights disturbing gender inequalities and celebrates female power and agency. With a female actor in the role of Benedick, John’s machinations (but also, to an extent, Pedro’s well-intentioned ploy) take on a misogynistic undertone that drives home how men often attempt to control and direct women’s fates. Yet having a female actor in the role of Benedick combats this, showing that women can take on stereotypically male cultural tropes (being a soldier, a ‘lad’) with no particular difficulty.

Quintessential garden play vibes, several laugh-out-loud moments, and a commendable focus on the tricky themes of Much Ado all made Wadham’s 2022 garden play unmissable. Through its visual beauty, careful use of space, and amazing performances, Wadham’s Much Ado About Nothing is an exciting example of student drama done right.